It is tough being an Indian daughter-in-law. Can we so-called 'cultured' people accept her as an individual and spare a thought for her comfort? 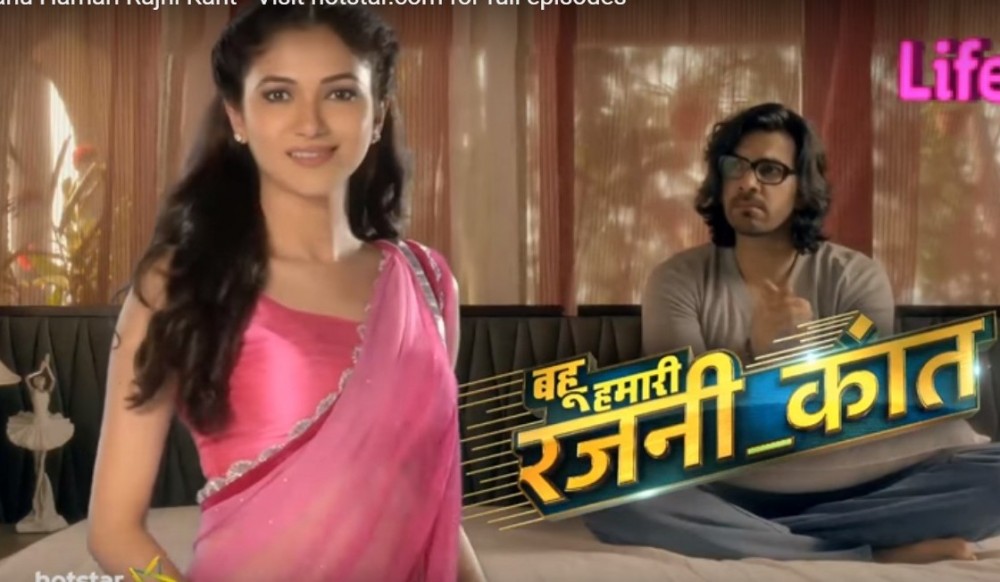 It is tough being an Indian daughter-in-law. Can we so-called ‘cultured’ people accept her as an individual and spare a thought for her comfort?

Reel life is poles apart from the real life. Otherwise a daily show on television presenting a robot as a perfect bahu (daughter-in-law), would not have generated so much laughter.

Well it is a light-hearted comedy, where a robotic daughter-in-law is trying to please her mother-in-law, despite mummiji’s ( mother-in-law’s) displeasure for her, as her son has gone in for, so called love marriage.

But reality is different, in real life things are not as funny as the show and that is the harsh reality of life. Our society has preference for the male child, as he will be the caretaker of parents in the ‘sunset’ years, where sons are also seen as investments of old age. Though things have changed drastically now, as even daughters are getting the equal rights and share in the property as sons, which is good. But things are only limited till rights, they are still not given the responsibility of taking care of the parents, as they do not want to burden the daughters.

The onus of taking care of the parents is still on the sons and daughters-in-law. It is here, the disparity sets in. Daughters-in-law are still considered as outsiders, who will be given a whole set of responsibilities without rights. They are no match to the daughters of the house, despite being well-educated and working.

‘Blood is thicker than water’, this phrase is true when there is a comparison drawn between a daughter and a daughter-in-law. But when it comes to sons-in-law, the hereditary and genetics takes a back seat, as they are treated as demi-gods and VIPs (very important persons) like the political culture prevalent in our country.

Daamad ji and Jijaji are still unchallengeable, as they rule the roost, giving the fathers-in-law frequent threats as a patriarchal head, whose throne starts dwindling on son-in-law’s arrival, but still are respected and admired. Whereas the daughters-in-law are shown their position, which is at the lowest level of the hierarchy.

Though society is fast changing, the status of bahus in our society still needs to be upgraded.

We have achieved tremendous success in terms of equality, when it comes to sons and daughters, but the area regarding the daughters-in-law still remains neglected. Why do we forget that ‘Saas bhi kabhi bahu thi?’ Does the mother-in-law derives sadistic pleasure by ill-treating her daughter-in-law and wants her to suffer the same way as she did decades back with the notion of ‘Hamare zamane mein toh aisa hota tha!’? Is it a kind of catharsis for the mums-in-law?

We may be a progressive society, but when dealing with daughters-in-law we are still backward. Please let us not use the words such as being ‘conservative’ or ‘cultured’ for this, because a girl half your age, can be expected to behave maturely and take the family responsibilities, but on the other hand debarred from expressing herself freely.

Have we as a society given it a sincere thought, that it is the girl who leaves her family behind and joins the new family. But the arrival of the girl at the in-laws place is seen as a favour being done to her, as if she was discarded by her parents. The word ‘kanyadaan’ has become a misnomer, where parents of the girl donate her. As a daughter she was pampered by her parents, treated like a princess and they further expect her live life Queen size, but in vain, because soon she faces the bitter truth of life, as she was born to serve.

As a newly wed, a girl enters the threshold of the new house with so many dreams. But dreams are dreams, Alas! they remain unfulfilled. With lots of apprehensions and hopes she puts the imprints of her hands on the walls of her new home without realizing that, she will be apprehended and soon will be convicted without any crime, would be judged every now and then, and dream of the new house becoming her real home, will remain a distant dream.

Ever heard of the lines “A son is a son, till he gets his wife, but a daughter is daughter, through out their lives”? Well, it might sometimes be true, but have we ever made an effort to see our daughters-in-law as just ‘daughters’?

We feel happy when our sons-in-law treat our daughters well, take them for outings, pamper them, but when it comes to the sons spending on their wives, we taunt them for being hen-pecked husbands, caution them to be less extravagant.

Our society is a huge paradox. We believe in saving the girl child, educating them, curbing female infanticide, but we forget to treat others’ daughters well, who become our daughters-in-law.

We treat them as ‘outcasts’ and tag them as ‘outsiders’, where acceptance is a myth as we conduct secret chamber discussions and talk in Chinese-whispers, making them busy with house-hold chores.

Isn’t it tough being an Indian daughter-in-law? As they are constantly gasping for a breather, as they are criticized every now and then, with a noose tied around the neck of being a daughter of someone else. They are seen as an investment, bonded labourers and slaves. They visit their parents’ place, as if, leave is granted to them or a convict gets out on parole, and so the bird is out of the cage for a few days.

Whereas a daughter and son-in-law can visit them every now and then, insecurities creep in, the moment their own son and daughter-in-law visit his in-laws and so a deadline is set-in, to return at the earliest. A daughter enjoy freedom and liberty at her parents place, but an Indian daughter-in-law’s legitimate concern for her parents, is seen as a sin.

The societal norms are such that when a man marries he gets the right over a girl, but the girl in turn gets the responsibilities of the whole family, at least she is expected to do so.

Do some mothers-in-law doubt their own upbringing and faith in their sons? Once their sons get married the mothers in turn become overly possessive about them, despite being well educated and living in a broad-minded society. Why are bahus always termed as family-breakers, monitored and supervised all the time?

Why does a person appearing to be well-educated and modern before  the wedding, acting as a second mother, change drastically into an authoritarian mother-in-law post-wedding?

Why has a mother-in-law and a daughter-in-law relationship become a butt of all jokes?

Why do we see our daughter-in-laws as mere commodities, who should only serve us.

Why do we see our daughter-in-laws as the vamps, who will dilute our sons’ love towards us?

Is she just brought in to satisfy the physical needs of your sons and produce progeny as a child producing machine?

Well the fact of the matter is that, the Indian daughter-in-law is not a robot but a human being made of flesh and blood with emotions, expectations and aspirations.

Treat them well and as equals, and nothing less.