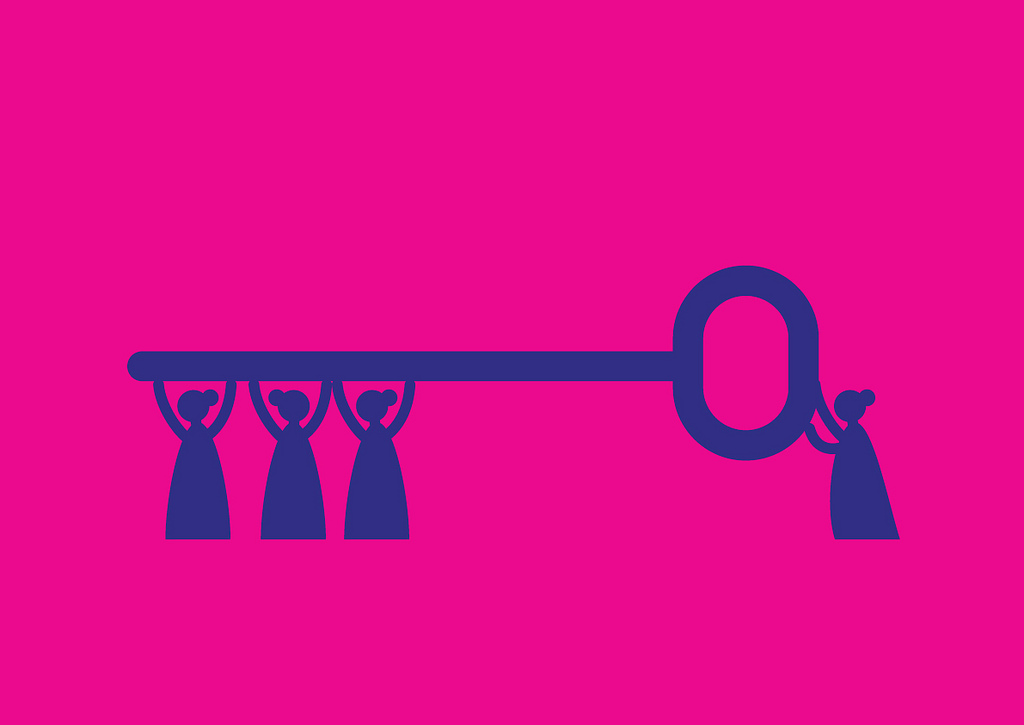 The story below is a real life experience of the author during a session on female foeticide in a village in Haryana.

This is the first of  two stories: one from a day at work in a village, and another from her own life in a city, both revolving around female foeticide & preference for sons – making it clear that the issue has nothing to do with urban-rural settings.

“They will keep on asking me to reproduce till they get a son for the family.”

In 2005, during a project in my undergrad school, I did a secondary research project on the issue of Female Foeticide and Son Preference in India. In 2011-12, I was traveling from one village to another in Haryana, conducting sessions with men and women to create awareness, answer queries, and to try changing mindsets of the people on the issue of the girl child, female foeticide, and son preference.

In these years, I had worked with a few organizations on the issue, assisted my sister on her project relating to the same, done behavior change campaigns, and developed innovative communication tools for the same. Yet, I stood there,  facing the dilemma of why, how, and when.

At the meeting to raise questions

During one of my visits, I traveled into a small village of one of the states with a terrible Male-Female Sex Ratio. I am comfortable interacting with a group of not more than 35-50 people. A small group like that is more interactive, can be handled much more easily, with a better flow of communication- especially on such crucial social issues.

When I reached the venue, I saw a crowd of 200 men and women sitting, divided by the aisle. On one side, sat the men with their turbans. On the other, were the women with their veils crossing their chin. Now this was a little complicated scenario for me. I knew that both categories of my participants appreciated this brutal form of killing and violation of the right to be born; favoring males as the carriers of traditions and family name.

I knew that both categories of my participants appreciated this brutal form of killing and violation of the right to be born; favoring males as the carriers of traditions and family name.

The problem of patriarchy, son preference, and women being ignored has deep linkages with every cause I ever took up in the villages with respect to women’s rights and gender issues (violence, education, nutrition, dowry, child marriage etc). The problem was that not only men but even the women followed the so-called traditional methods, thereby creating more disparity.

The problem was also the lack of communication between the men and women, on any social issue. I learnt one thing from this: in order to solve any problem with respect to rights of Women (economic, social, or political ) we need to engage and bring on the same level both the genders of the communities – to discuss and understand.

The problem was also the lack of communication between the men and women, on any social issue.

So there I was, happy to realize that this was one of the most amazing opportunities I could ever have, to make the two interact. I knew the risks were huge. I could be shamed, accused, or worse – thrown out of the village for trying to break the age old systems of functioning and change  the lack of communication between the two genders. But, I realized it was worth the risk.

As I stood there, I realized that to get the best of reactions, it was important for me to startle my audience with something controversial. And I started with my story. The story of my ancestral home, where son preference was a very commonly accepted norm. I started sharing what I saw as a young daughter to how I became a woman. And as I did this, I threw in my series of snapshots and films I always worked with when interacting in the communities.

I stood there, with a microphone in my hand, amongst the crowd of men and women, asking them why, how, and when. The same questions that I had been carrying with me even after so many years of working on the issue.

Now I had known a few answers all this while. Who will light the pyre of the parents? A son is the gateway to Moksha! A daughter is a source of misery! Who will carry forward the family name and lineage? Who will feed the parents in their old age? Take care of the women?! Why go through dowry? Safety of women? Who will be the man?

The reason I stood there with those questions every time was because I knew I would end up getting a new set of answers, every single time.

One elderly woman turned to me and shouted out loud, saying that I have gone mad to think that its okay to not have a son. This is how she explained the cycle (translated from Haryanvi):

“The world needs men. If a son is born in the family, he takes care of the family, carries the name forward, helps earn money, and feed the members, is safe and does not need to be taken care of (body-wise). He gives dowry for the family’s daughters, takes care of the future rituals (chhuchhak, bhaat etc), protects the family lineage, gives more sons to the house, stays with the parents, lights the pyre and helps achieve moksha (salvation)…

What will we do if we do not have son to do all this? These days the younger generation is having fewer kids. We tell them to not get the foetus aborted, but what is the solution if they want a son? They have to get it cleaned before it turns older (abortion). And now tell me, why should we not promote female foeticide?”

“…And now tell me, why should we not promote female foeticide?”

An old man agreed to the above stated ‘facts’, but also explained how they never pushed the women to have only sons. Every woman agreed that they had gone through so much torture in their lives that having a son meant high social status in the family as she was the carrier.

Slowly, as the discussion garnered more comments and reactions, I saw a chattering crowd of men and women debating on why and why not. A lot of the women with daughters agreed with me, and a lot accused me of trying to change “how it has been”. I stood there smiling internally because I had initiated a major conversation that had been missing from the community, which had accepted female foeticide as the norm.

As I made them see the future of a land without women, a land with a high crime rate, a land where women handled every task that the old lady had mentioned, a lot of the protesters went silent. I had no clue how and what it was going to lead to (the session was a part of a project) but I was hopeful that I had initiated at least a thought which was missing from the majority of the crowd.

A picture of the future  is important. What happens if we keep on going like this? When people realize that it’s not healthy to go on like we are going, the fear increases and chances are many that it will change to a “something should be done” attitude. When a picture of “no women in next 5 years if you keep on killing girls” was shown, people started realizing the value of girls, daughters, wives, mothers.

The Cycle of Change

While a baby cannot be born just with an egg of the mother and needs the sperm of the father, similar is the case with rearing the child. I have seen that in rural areas in India, if a woman works, she takes part in the decision making of the house in the smallest and biggest matters, she has an opinion on the children’s future, and that opinion is heard and valued.

It is important for women in rural areas to realize that the need to change is now, and education is very important. Not just schooling but also awareness and capacity building – which can help develop the logical self, in defining and deciding what is right and what is wrong.

It is important for women in rural areas to realize that the need to change is now, and education is very important. Not just schooling but also awareness and capacity building.

It’s a researched fact that Education has led to understanding and realization of choices, which has further led to economic empowerment and sharing of responsibilities. We can say that the community heritage is a reason too, but education is a founding backbone of the process.

The implementation of policies along with training at the grassroots is crucial, too. Unless people see the reason why change is required strongly, people wont change. And for that to happen, in India atleast, a multi-pronged approach with both Behaviour Change Campaigns and policy level implementations is required.

The Behaviour Change Campaigns need to be community specific/state specific with exhaustive research (using methods like Positive Deviance) to be used to define Why and How and Whom (W’s) of the campaign with participation by the people, for the people. A simple campaign on the Community radios running in the villages can create a change in many homes.

Community Media, and Mass media need to collaborate on common guidelines-based messages that should percolate the homes through edutainment based methods (TV shows, radio programs), in a very subtle way in order to make it a casual process, avoiding rebellion by elders.

I believe and I think it is crucial that the idea should move beyond just saying and towards more doing.  We need strategic methods with constant evaluation in order to stay on track.

That day, at the end of the session, a young woman working with the police came to me. She explained her story as the other young girls hopped around. I saw hope, I saw challenges, I saw passion to make things work. I realized, I cannot give up on the society so easily. I also realized that things can be worked around, but the start has to be made now.

There are a few deviant stories around where girls have been born despite all challenges and have managed to turn into inspiring stories for other to learn from. The challenge is to find these stories and convert them into a norm instead of being an exception.

The cycle of oppression that women go through in their lifetime needs to change. I came back from the session, hopeful and positive for many more deviant stories for us all to learn from. This was not, after all, just another day at work.

Blessed With A Girl