Men are afraid now, as the #metoo movement heats up, indulging in a lot of whataboutery and minimising of the claims of the women who are speaking up. 5 strong women counter this in a panel at #blrlitfest.

“Har aurat jab kaam ke liye ghar se nikalti hai, to tere jaisa darinda use apne baap ki jageer samajhta hai…Uski majboori ka fayda uthata hai…” (Every time a woman gets out of her house for work, a monster like you thinks she is is his property…and takes undue advantage of her need to work…)

I had thought to myself:

Is this true? Do all women go through this when they step out of their house to work? That would really suck…

20 years, few jobs, and lots of friends later I have got my answer.

Yes. It is true. It is scary. It is pathetic. We all know it. We have gone through inappropriate conduct at workplace at some point of our life. The degree may vary. Before the men start jumping to defense, just listen:

No. Not all men harass. But yes, all women have got harassed.

Right to work is fundamental

This past weekend, I saw four women narrate stories of how they were harassed at their work places. Live. In front of people like you and me. People who were listening, reacting, who could be recording or even clicking pictures or taking videos. As tears rolled down my cheeks, I had another, contradicting feeling. A feeling of pride. I felt fortunate enough to witness ‘Me Too’ movement of India.

Barkha Dutt led the panel discussion at the Bangalore Literature Festival with Sandhya Menon, the journalist who encouraged women to call out perpetrators on Twitter, Vinta Nanda who has accused Alok Nath of rape, Sister Jesme who gives a harrowing account of humiliation, sexual abuse and mental torture at the seminary in her book, Amen – The Autobiography of a Nun, and Tushita Patel who recounted how she encountered M J Akbar in his underwear in a hotel room while opening the door for her.

Before anybody thinks this is some elitist movement, which does not cover you and me but celebrities who want publicity, let me quote Barkha Dutt, “What is elite about the right to work?”

Barkha Dutt questions the generation of women who say this is not feminism,”I don’t know what is more feminist that economic independence!” 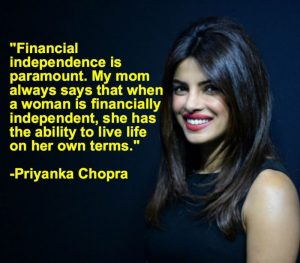 I would like to go back to where it all began for those who think the issue of harassment of workplace is something trivial like the latest fashion trend.

When did it all start? Not with ‘Me Too’!

During the 1990s, an employee of the Rajasthan state government , Bhanwari Devi who tried to prevent child marriage as part of her duties as a worker of the Women Development Programme was gang-raped.  A women’s rights group called Vishakha filed a public interest litigation in the Supreme Court of India.

This case brought to the attention of the Supreme Court of India, “the absence of domestic law occupying the field, to formulate effective measures to check the evil of sexual harassment of working women at all work places.”

The Vishakha Guidelines were a set of procedural guidelines for use in India in cases of sexual harassment. They were promulgated by the Indian Supreme Court in 1997 and were superseded in 2013 by the Sexual Harassment of Women at Workplace (Prevention, Prohibition and Redressal) Act, 2013 commonly known as POSH.

Nothing wrong with having ambition

At my previous job, a married female colleague from another department told us how her boss kept telling her shamelessly how much he liked her, and would love for them to be “friends” outside of work.

“What is her husband doing? Why is he still letting her work in such environment? He is making her earn money at the expense of her self-respect. I would never let my girl go through this ****.”

A male friend told me proudly. If his wife faces harassment, he will not ‘let’ her into the pack of wolves but would hide her at home and feed her! So generous of him!

There is nothing wrong with a woman wanting to work, irrespective of her marital, social, or economic status. Quoting Sandhya Menon, “We shouldn’t be ignoring a woman’s ambition! That is as important as my money, or as my children or as my parents. Okay.. You didn’t get that but at least you are making money. Why! My ambition is so much about my identity!”

I remember another incident at my old job wherein I had met a client on an out of station assignment who had made inappropriate verbal advances. I escalated to my boss. My boss made me leave the assignment immediately. I was replaced with a man.

“This is not fair. I worked hard on that assignment.”

“What do you want me to do? Send you there to another city, knowing what you may end up facing? I can’t put you at risk.”

“But why should I suffer without any fault of mine? I deserve to be on that assignment.”

“There are enough assignments for you in this city, Tanvi. Don’t insist on this!”

I told a male friend how disappointed I was that I lost the assignment. He agreed with the boss. “Of course he did the right thing.  I would have done the same. Your safety is more important than your job!”

Why should I choose?

Yes my safety is important. But so is my ambition. Don’t make me choose. I want both. Is this too much to ask for? To be able to earn money with dignity? Why should a woman’s career be sacrificed not just for family commitments, and bearing children, but for avoiding creeps as well? What are we? Doormats that everyone could walk all over? Why should we accommodate all the filth and dirt that the world has to offer?

The answer is you!! There is no dearth of morons like you. That is why we do not talk. It is bad enough to go through something uncomfortable. But to make yourself accessible to the judgment of random fools and spectators who love to disbelieve, disregard, discredit and dismiss!

Let me give you some more reasons why we don’t speak up:

Maybe. Or maybe the powerful man could have kept his hands more to himself? Maybe he could have not hit on me? Maybe he should be held accountable for his actions?

If you go on a date, and you don’t like the guy, yes you may decide not to see him again. But when you go to a place from where you earn your bread and butter, you cannot just leave. The perpetrator may be extremely powerful and influential making you feel intimidated. Also, we do not grow up attending trainings wherein we are taught how to react when your employer asks you to sleep with him. The sheer shock, discomfort, unpleasantness and awkwardness of facing the unexpected makes you react in ways you never knew you would. Some woman may slap him. Good for her. But we can’t judge the one who doesn’t. Haven’t you read about what happens when women say no? Rape, murder, acid attack etc? Get fired to say the least! Our failure to revolt makes us feel ashamed of ourselves already, without having to be reminded that we did not. 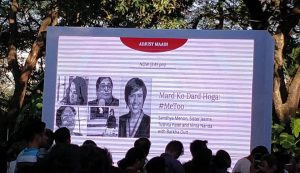 But the man is losing his reputation… The woman is gaining publicity!

“Every movement has its minor weak spots and this will evolve through!” –  Barkha Dutt

So some woman can just randomly call out on Twitter and everyone should believe her?

“We are just helping women call out… The onus is on the employer to investigate.” – Sandhya Menon

Is this the best way to tackle this? What about filing an FIR?

“The more people come out, there will be also an urge to set up a system so that there are due processes which start right from the beginning.” – Tushita Patel

Yes the man is losing his reputation. But let me add that accused men have filed defamation suits on the women who have alleged harassment too. It is not like the women have nothing to lose. Also, it is not fun telling people that a man called you to his hotel wearing an underwear or tried to kiss you. It is embarrassing.

As Sandhya Menon mentioned for all those who allege that women are doing this for fame and money, “More than half of these accounts are anonymous! Who is giving whom money!”

Not all alleged harassers have physically violated!

Sure. But when I am going to work, and competing with other people to meet deadlines and prove my capabilities, why should I have to undergo the additional stress of refusing the offer of my boss to go outstation? And then worry about how to avoid him? What will be the consequences? Will it upset him? What will happen to my promotion? How does all of this affect work?

I saw a ‘joke’ captioned Men after ‘Me too’. A woman approaches a man for a hand shake. He steps back and folds his hands.

I missed the humour. Dear men. You should think twice before touching a woman. Welcome to civilization!

And for the women, let me quote Sister Jesme: “Speak out the truth, bravely, courageously! Whenever you feel like. Whether it’s 10 years back or now”.