A rape scene in films serves nothing more than to titillate the viewer, and increase the box office rating. Let us become better human beings than to encourage this. 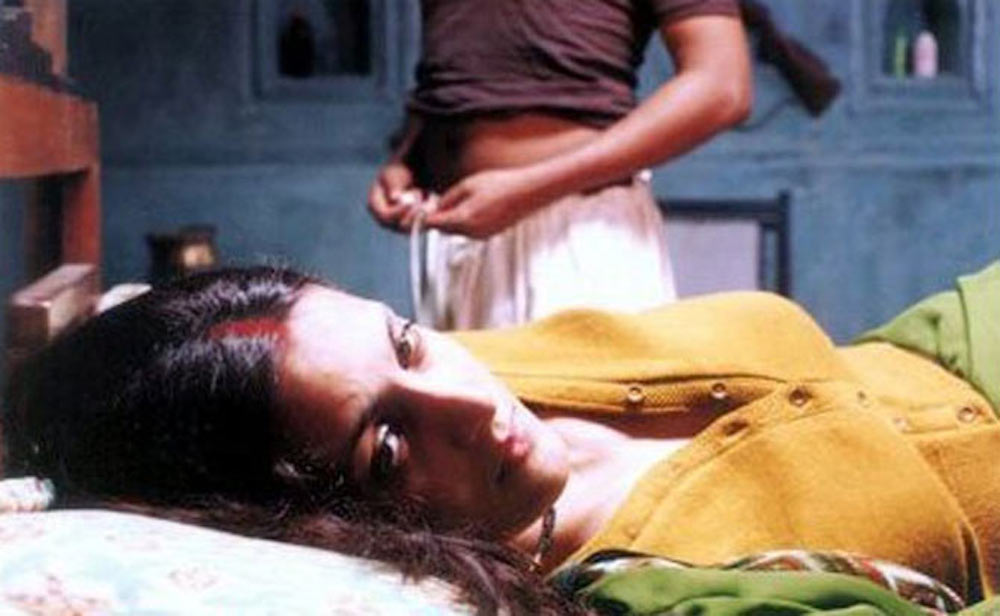 A rape scene in films serves nothing more than to titillate the viewer, and increase the box office rating. Let us become better human beings than to encourage this.

Few days back I was reading a novel, which to my utter dismay had a rape scene that was relayed bit by bit for four long pages. By the end, I felt sick from the gut. Similarly, several movies, old new, you pick up anything, a rape or abuse is seldom short. It is rather elaborate with all the essentials like tearing off the clothes, again bit by bit, the woman shrieking, screaming, disheveled, man or even men running after the hapless creatures, and then what follows is like we say ‘ rest is history’. And every single time I saw any of these, I cringed with just one thought in my mind – couldn’t the narrative have done better without this? Is rape anything more but a means of voyeuristic pleasure? Was this necessary at all? What are we gaining with this kind of projection of rape?

I want to start with something very mundane and basic. Do we all not know what happens in a rape- adult, child, marital, same sex …? Do we not know the Science and Maths of it? Do we not understand what a woman goes through when raped and mutilated? And, trust me, even men do, and that’s why they rape. If that be the case, then why even after so much hullabaloo and incessant and relentless campaigns against rape, is it allowed on the screens or pages? And, moreover these scenes are hidden under the garb of being a necessary element from the point of being an integral part of the story or the narrative. Bullshit.

Well, I don’t understand this at all. So, whoever understands please explain. Does pictorially reiterating something which is  grossly wrong and objectionable, as heinous and barbaric as rape do any good to anyone? Is showing rape graphically necessary to show the aftermath or even the resurrection of the survivor? Is it important that a woman is shown half naked, disarrayed clothes, ruffled hair, bruises, visible thighs, and then limping, mangled and battered to show rape? No it is not. It is certainly NOT necessary. It is absolutely not necessary to show any such scenes to show or depict rape. If you say positivity breeds positivity, then rape breeds rape too. Period.

I read an article where the filmmaker took pride in saying how aesthetically he showed rape, without being gory. Aesthetically, seriously? Can rape be beautified? At all? Also, if a rape scene is shown because the story demands it, the character demands it, to create awareness, and so on as so forth, then why, and why at all is there a negligible number films or books on other important and pertinent issues that society is facing? Aren’t those important? Or it is that these are less important than rape? And mind you, I have similar objections to anything negative and gory shown or written.

Now, this brings us to the most poignant and quintessential question- why is it that year after year and film after film, a rape scene still remains an integral part of the script? The reason which I see is simple- because it titillates, tantalises and arouses the audience. It is seen as a means of sadistic and voyeuristic pleasure. It is a way of showing sex- how does it matter even if it is forced? Films thrive on such scenes with laments, wails and blood because they bring footfalls.

No matter how crude it sounds, but this is the bare truth. Ironically, in a hypocritical society like ours, the censor board has every problem to show a beautiful consensual sex. But, it has absolutely no problem in showing where there is forced sex, sometimes so horrendous that it cripples your senses and soul. You will feel uncomfortable seeing a man and woman being cozy, but absolutely no discomfort in seeing a hapless woman being lynched!

Let’s us talk about this first before talking about the fact that rape needs to be stopped. If you say that films are a mirror of society, why we can’t agree to the fact that there are several incidents that are emulated in the real life straight out of films. Don’t give a chance to those soulless corpses sitting on the theatre seats who gawk and ogle at a battered women’s bleeding thighs with lust. Don’t give them a chance to fancy those shrieks. Don’t give those men a single chance to sniff and cough over a lewd remark. Don’t! It all begins there, again the titillation, and the very act of fleshy and voluptuous pleasure. There are several other means and ways of bringing the right point to the forefront. Showing a rape scene, no matter in whichever form, subtle or gory, is just not done. It just objectifies a woman, again…and again and again!

Header image is a screenshot from the movie Matrubhoomi