When women directors were uncommon, Kalpana Lajmi made women centric films. By daring to love and marrying a much older man, she proved her bravado.

When women directors were uncommon, Kalpana Lajmi made women centric films. As with her films, her own life too was unconventional and lived on her own terms.

It was 1993 when I first heard this name – Rudali. That was not the age of google, so film magazines and newspapers were the only things one could lean on. I did so too.

Written and directed by a certain Kalpana Lajmi, Rudali was creating ripples is what I heard. Dimple Kapadia was phenomenal. Bhupen Hazarika’s music was something that one might not have heard ever before. And then, the movie itself was new, unheard of, raw, enticing and earthy.

I couldn’t manage to see the movie then. But later, when I saw, it left a permanent mark on my soul. I revered Kalpana Lajmi for even attempting such a narrative on celluloid. Bravo.

It had always been a thing with me to read about people. And this lady intrigued me to the hilt. When I read more, I came to know who she was and what she did. Then a few of her other movies came about like ‘Darmiyaan- In between’. There was a song in that film, ‘phighalta hua yeh sama’ which was one of my favourites. Again a curious story line with an unusual narrative. Then came ‘Daman’, and ‘Chingari’ with Sushmita Sen, and more. I was even more drawn towards this maverick filmmaker. Just that I still wasn’t aware of the word ‘Feminism’.

And, then I heard that she was Guru Dutt’s niece. Well.

As I grew up I learnt about her relationship with Dr. Bhupen Hazarika. It was surprising, yet heartwarming. Today, as I write this, I feel glad they didn’t hadvesocial media then. They would have been ripped apart with scathing jokes and memes. It was love for a man who was 36 years older than her. A man who made her what she was, inspired her to make a world of her own. And as Kalpana Lajmi often said, she absorbed and consumed the man she loved and lived with. These two souls were together for 46 years, till Dr. Hazarika passed away at the age of 83, seven years ago. They took care of each other despite the social and family resistance.

I say, and always say, some relationships are boundless and undefinable.

Kalpana Lajmi was a true feminist. She sculpted a kind of womanhood that people seldom can do. She had her own mind and stood responsible for all her doing and misdoings. At an age where female filmmakers were a rarity, she not only directed and worked with top names of the industry, she also made movies that spoke about the myriad emotions and facets of womanhood. And, her unapologetic stance towards woman’s sexuality was consuming enough to make you sit and ponder.

We talk about feminism a lot. But seldom get the meaning right. Here was one lady who carved a niche for herself without explicitly discussing feminism. But she did it ably with aplomb. Surely, it hasn’t been easy for her. But she chose her path and walked on it. She dared to love and live at her will.

Kalpana Lajmi moved on to the other world. Maybe she will meet her Bhupenda and stays at peace. But for us, she leaves a trail of work to see, ponder and absorb. A life to look and absorb, copiously. 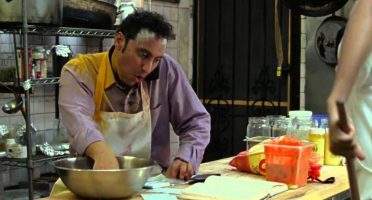