Movies And Books Make Us Feel Crime Against Women Is ‘Normal’. Here’s Why

Crime against women as shown in movies and books certainly impacts how we think of it - what we recognise as a crime, and who we think is a criminal. 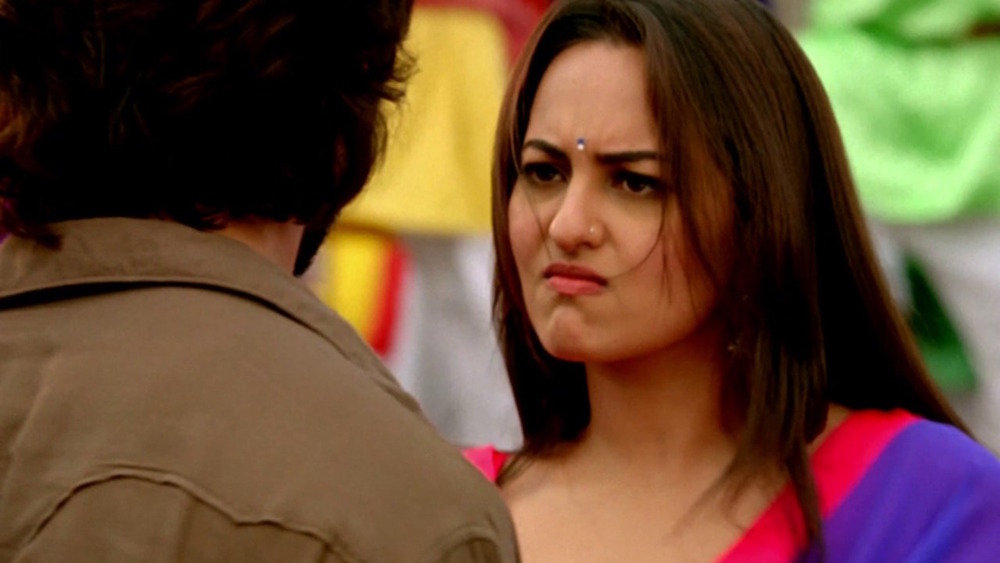 Crime against women as shown in movies and books certainly impacts how we think of it – what we recognise as a crime, and who we think is a criminal.

Crime is not a new phenomenon! And crime against women even less so. In all ages, across all societies, various media have been used to depict crime against women. But seeing as it is a transactional model in which both society and media are in a symbiotic relationship – it needs to be pondered upon – which affects which?

Right from the mythological texts – Sita kidnapped; Draupadi publicly assaulted; Ahalya tricked into having sex with Indra; from the first few literary texts to the first ever form of cinema to todays’ movies and literary texts, reading about and seeing crime against women is a constant. What matters, however, is the way crime against women is depicted and the types of violence women are seen as being put through. Even more than that, the kind of reaction the victimised woman is allowed as well as the reaction from the characters surrounding the victim and the audience that lies beyond the fourth wall is what matters.

It is often said that literature and cinema are a reflection of the society that one lives in. However, in certain cases, for example, the rise in cases of crime against women, it becomes important to question if society has begun to mirror the violence and misogyny that is consumed by the average Indian.

Crime against women…just love by another name!

The woman in the context of Indian media has always been portrayed as demure and silent, who initially rejects the male protagonist’s advances but ultimately gives in. This has been the trend in almost all Indian romantic comedies, and needless to say, it has inspired, nay, skewed the male expectations of dating and relationships in this country. Take, for example, the 1995 blockbuster, Dilwale Dulhaniya Le Jayenge. The movie’s first third is effectively about Shah Rukh Khan using a number of ways to get a disinterested Kajol to give in to his advances. It is important to keep in mind that this movie has shaped the current 20 to 25 year olds definition of ‘normal’ while wooing a woman.

More such examples exist – take up most movies starring Govinda, Salman Khan, Shah Rukh – or just pick up any commercial Hindi movie really, and you’ll not be disappointed. The lead or supporting female character (or both) would be shown as a ‘willing’ victim who says “No” but means “Yes!”

Female characters in our cinema are not portrayed as independent characters either, as the story rarely revolves around them. Whenever that happens, it is a rare event, in a country that sees more than thousand movies released per year. In most movies, the sole role of a woman is to serve as the object of desire for the hero and that is pretty much it. Thus, most Indian movies fail to pass the Bechdel test, a simple test designed to check how women are portrayed in movies.

Furthermore, the cinema fuelled myth that “there is yes in a woman’s no” is more damning, as innocent crushes escalate quickly to obsessions and then to criminal stalking. A rejection of advances can lead to further violence, mental as well as physical, and, in extreme cases, sexual assault and acid attacks. These things might sound too bleak, but truth is, they do happen in the real world and our cinema, in the late 80s to the mid-90s, portrayed these. Needless to say, they inspire unrealistic expectations in most people.

Music in recent times is also to blame. Punjabi pop and rap music (among other regional music) have glaringly misogynistic and sexist lyrics that degrade women to nothing but sexual objects and as things to be lusted after and consumed and discarded afterwards. Given that music is consumed more than cinema in our society, this also hurts the way women are perceived.

The movie makers of this country have often been accused of influencing the society negatively and are blamed for the mess, but they have also blamed the audience for being accepting of the content and have defended their ventures; however, the blame game does not change the status quo.

The picture is not rosy on the literary front either. The problem is that, we, as viewers and readers, only consider hard-core crimes such as rape and murder while talking about crime against women. The kind of hatred Mr. Rochester (in Jane Eyre) had for his first wife – the way he kept her chained up, or the way Maggie was not allowed the same rights as her brother (The Mill on The Floss) may seem like nothing but are very subtle yet implicating crimes against women characters. (In fact, I say, the very fact that many early female novelists had to use a male pseudonym was a crime against women!)

This is, however, in the context of non-Indian texts. But even Indian texts are not that different. Many Hindi as well as Indian English texts constantly treat crime against women in a rather unimportant way. And we, as the audience, have simply come to terms with it. Novels from famed authors such as Chetan Bhagat seem misogynistic, to say the least.

We need our filmmakers and authors to treat love, romance and relationships with maturity and tenderness and not objectify those. We must also ask for women to be portrayed as independent people who rely on no one to lead a happy, fulfilling life. Some change is already happening on this front; independent Indian new wave cinema is already treating characters with respect and maturity, and hopefully, mainstream music and movies will soon follow suit. Until then, it is up to us to treat movies and books as what they are – entertainment and nothing else!

Top image via Youtube; a scene from the movie R…Rajkumar where Sonakshi Sinha repulses Shahid Kapoor (of course, only to fall in love with him eventually).