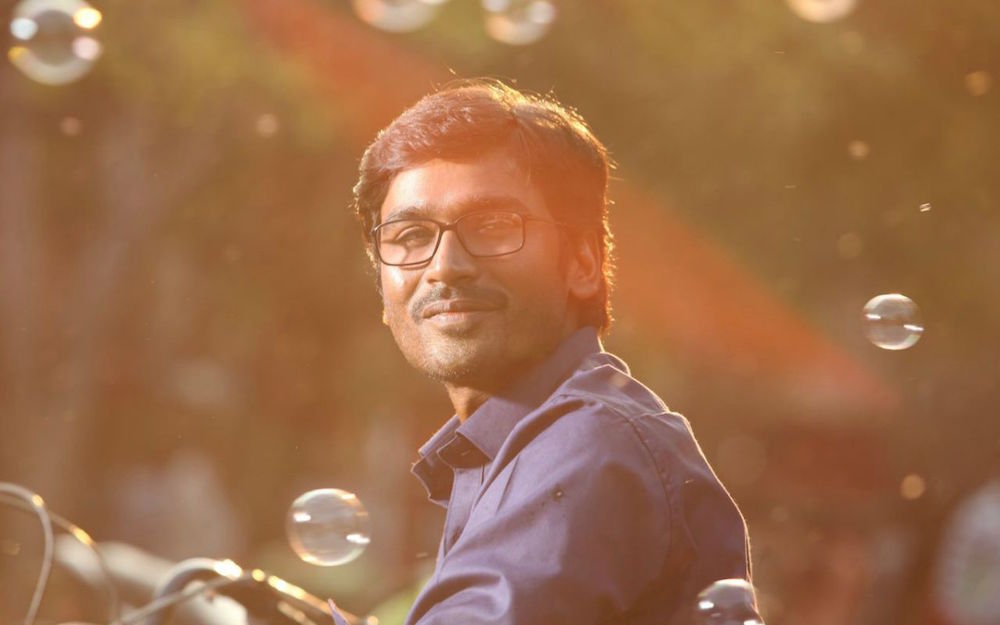 No Means Yes: How The Portrayal Of Women In Tamil Movies Warps Young Minds

Sexualized violence and objectification of women in Tamil movies, is sending out negative patriarchal ideas to young boys and girls. This needs to change.

Early this year, I was hosting a workshop around gender equality with a bunch of 15-16 year old students at a school in Chennai. One of the sessions looked at consent, handling rejection and responding to interest from someone. In evaluating the responses, some of the young men had to the question of consent, one of the things that came forth was the underlying undercurrent of patriarchal ideas that they, by their own admission, gleaned from watching films.

In a round of subsequent workshops with Tamil and English medium schools, this only kept being reinforced. While dip-checks after our workshops did reveal a change in the mindset, what was alarming were the sheer numbers that we hadn’t yet, and may not even be able to, reach out to.

It is probably unfair to put the entire onus on it, but it is safe to definitely say that a large part of the contemporary social ethos seems to be deriving heavily from films and film-music. Consequently, it would be safe to assert that mainstream films are one of the most ubiquitous ambassadors of a social culture that objectifies, harasses and stalks women.

To put it in perspective, here’s a reconstructed version of a typical scene from most films from the Indian film industry. A man chases after a woman. He tugs at her clothing, he pinches her waist. He grabs her from behind. He pulls her by her clothes, tugging at her inappropriately. He makes suggestive gestures. He pulls her hair and comments on how white her skin is, and how he wants to make love to her. She is annoyed, and clearly angry. She animatedly fights him, glares at him and wags a finger at him.

Most of these things take place with a slew of background dancers, happily dancing in orchestrated synchrony. Sometimes, it’s in a market place, where there are plenty of onlookers who do nothing but watch. Two scenes later, she is his girlfriend. The reason? What he did was simply a way of him showing her that he loved her, and she, of course, as the woman, must be wooed only this way.

This is a typical scene from a majority of films in the Indian Film Industry – be it Hindi or Tamil, Telugu or Bhojpuri. A country that is built on patriarchal social values, what with sexualised violence with everything ranging from street harassment (called ‘eve-teasing’) to brutal rape, feeds off these messages it receives from the films it showcases.

Consent of women is treated as having next to no value

Sexual violence, stalking, harassment, rape, and the objectification of women have a singular fount: the perception of a woman as property to be lorded over. It is, in any manifestation you may so name, a crime about dominance. While lust and sex play a role, it is more about male dominion over the woman. By portraying toxic hegemonic masculinity on one hand, and objectifying women while vitiating the consent of women on the other hand, the film industry tends to endorse toxic masculinity. The biggest adverse impact here is that the consent of women is treated as having next to no value – and by de facto ‘taking away that power’, the impact on common man is that a woman’s resistance is of no value, and that although she maybe saying no, she ‘wants it’ or ‘doesn’t mean it’.

Gender-based violence is often explained as a product of patriarchal attitudes, thinking and cultural backdrops. Every crime has a motivating factor, or an enabling environment that ‘allowed for it to happen.’ Enabling environments are a combination of passive and active factors that include within its fold a range of beliefs, attitudes, actions, legislations and policies, responses and security sector structures. While it is not wholly true that enabling environments are alone enough to cause a crime or a particular form of crimes, it is important to understand that they still do impact, encourage and provide the ‘justification’ for the crime.

While it is important to account for the myriad factors that offer a nuanced explanation of why sexual violence and rape is so rampant, it is also important to take into account that certain aspects of popular culture are instrumental in keeping these crimes alive. What the Tamil film industry does, though, is it continues to keep alive the projection and promotion of certain behaviours that tend to normalize rape culture and a culture of sexual violence, and projects notions of toxic masculinity as both, an acceptable and even a peer-expected conduct for men.

Reassertions of an inequality-based dynamic

From songs and their lyrics, to dialogues and roles, stereotypical portrayals of women are constant reassertions of an inequality-based dynamic. One of the biggest drawbacks in the industry is its portrayal of women in Tamil movies, by and large. Right from idolizing the goody-two-shoes as the ideal, to writing off a woman who has been raped as one who has no life or a future after the incident; from objectifying women as an item to lust after, to completely disregarding the notion of consent, the spectrum that defines the portrayal of women is ultimately underscored by dehumanization. Most films refute the notion of consent of women.

A range of Tamil films dismiss the value of what a woman chooses, say in response to the man’s sexual overtures. For instance, the ‘wooing’ or ‘courtship’ of women on screen is carried out through harassment, teasing, molestation and pursuing women until they give in to the man. This portrayal suggests that it is ‘okay’ for a man to stalk, abuse, harass and molest a woman in the name of wooing her.

Women in Tamil movies are also shown as willing to participate in such acts. This only goes to reassert the stereotype – suggesting that saying no is only perfunctory. In the event that the woman feels like rejecting advances, some films have gone on to suggest that a woman can be forced into saying yes. For instance, there is a song called ‘Adidaa avala’ (slap her) in Tamil, which proceeds to suggest that a woman who rejected a man’s advances deserves to be slapped, kicked and considered worthless. In a movie called ‘Paayum Puli,’ the lead actor plays the role of a police officer, who stalks and threatens a woman to agree to his advances. A leading actor in the South Indian Film Industry won critical acclaim despite the hero being a college goon who falls in love with a quiet girl, threatening to smash her head with a rock when she rejects his advances.

Hyper-masculinity in movies, suggests that men should be aggressive, violent and macho.

Flip the coin on this: while the portrayal of women is one side of the problem, the portrayal of the men augments this. A man in Tamil cinema, in any capacity, be it the hero or the villain, or even the father of the heroine, is often tied to a sense of heavily toxic masculinity. The undercurrent is a sense of domination through violence. Films centre around a lead narrative that stems from the men: their conflicts, their ambitions, their revenge, their desires and their macho heroic antics.

Right from the word go, there is an assertion of a prototype that presupposes a premium on masculinity. The agenda of hyper-masculinity that is constantly pursued suggests that men should be aggressive, violent and macho, be capable of fighting the bad guys with their bad hands, dance like a pro, and be the ideal son, while also being the heartthrob of every woman he comes past.

That this is a dangerous trend is not saying enough: for it is the bare minimum that any logical mind can reasonably infer. While educating the younger generation is definitely the way, and many initiatives are running great programs to this end, one cannot ignore the manifestation of these influences. Girls have been hacked to death at an alarmingly high number in the recent few weeks in Chennai – and all of them at the hands of men they rejected. It is dangerous and alarming that the personal agency of a woman, her choice in the matter when she chooses to reject an advance and the right of a woman to determine her own future are being disregarded completely.

There is enough research that shows how this constant portrayal and normalization of the right over a woman who chooses to reject advances, and sometimes even passing it off as ‘romantic behaviour’ feeds into a social order that condones stalking. In the light of recent developments, one hopes that the appointment of Aishwaryaa Dhanush as the UN Women’s Ambassador for Gender Equality, and her decision to pivot entertainment and social media to amplify her voice towards gender equality would make a difference in the industry. Knocking down the dominos of influence that prop the dominos of crime is one of the most concrete ways forward if we want to make change.

If you read this article and feel convinced to question the status quo, feel free to sign a petition online that asks Tamil filmmakers to stop normalizing stalking, harassment and sexual violence in their films.

Widow Denied Pension For Wearing ‘Pottu’. Just A Dot On The Forehead?

Tamil Film Draupathi Promotes Casteism And Rape, Masked As Protection Of ‘OUR’ Women