In the recent past, a young law student from Uttar Pradesh reported a crime of multiple incidents of rape over a period of a year against her, committed by former union minister, Chinmayanand.

On September 24/25, the young woman was arrested and imprisoned on the grounds of an extortion case filed against her by the politician.

Her family reported that the police had dragged her out of their house, and the girl was not even allowed to put on her footwear before leaving the house.

The charges levelled against the young woman include extortion, criminal intimidation and “disappearance of evidence.”

Her father reported that he had been forced to sign an arrest memo, which is a part of the paperwork engaged in police cases. She sought bail, but it was rejected. A report by a news outlet suggests that an officer of the Special Investigation Team claimed that the young woman had ‘confessed’ to extortion. 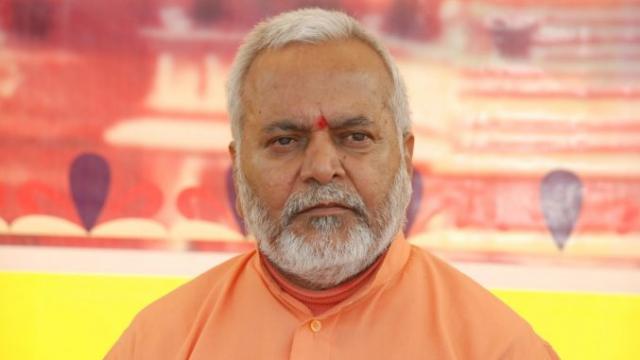 The politician, though arrested, has not been in jail. Instead, he is in hospital on grounds of a heart condition.

Once a minister of state for home and a three-time member of parliament, Chinmayanand is a member of the Bharatiya Janata Party. For its part, the party has claimed that he is no longer a member, although posters outside Chinmayanand’s ashram that go back to as recent as last month present him with some of the top cadre in the party.

The accusations against Chinmayanand

The young lawyer had reported that Chinmayanand runs several ashrams and educational institutions, and had sexually exploited her after helping her with admission into his law college in 2018.

She said that he had filmed her while taking a bath in a hostel, subsequently blackmailed her with the video, and had also raped her.

She said she had been brought to his room at gunpoint and was forced to give him massages, incidents which were videographed and clips of which remain in circulation.

On August 24, the young lawyer put up a post on Facebook and did not name the politician – and she wasn’t to be found for a while until the police tracked her down after a week. The Supreme Court heard her allegations and ordered the SIT to inquire into them. The police reported that Chinmayanand had “admitted to almost every allegation” and was “embarrassed” about the videos taken secretly by the woman using a camera in her glasses.

Now here’s the most agonizing part

Chinmayanand has been charged under a law on rape, but NOT the main provision, rather, a watered down sub-section that talks about “misusing authority for sexual intercourse.”

Under this, he can be punished for about 5 to 10 years imprisonment and a fine. Had it been a rape charge, he could have been in jail for 7 years to a lifetime. In addition, he has also been charged with stalking, criminal intimidation and wrongful confinement.

How can a survivor trust the system?

A few months ago, I wrote about the events that unfolded in the Unnao case and earlier still, on the dissolution of the committee that was supposed to focus on strategies to address the #MeToo movement. A sense of great disheartenment and discomfort descends on me to find that this has now become a hideous trilogy in the saga of structural violence, and I write these words with the sullen reminder that silencing the survivor is indeed the norm more than the exception.

The young woman showed immense courage to step up and call for help on social media.

Our legal and justice systems are failing us

Structures are, time and again, not only failing us, but are also being aggressively weaponized against survivors and their bodies, minds, and agency. Between assailing the character of a survivor and interrogating them for speaking up on the one hand, and using power to oppress and silence them so they cannot speak up or fight the systemic horrors, survivors are being elbowed out of living with dignity.

To any human, their own life is precious. Living with dignity and respect for their agency is a basic norm. Think about it.

A survivor is locked up behind bars – her trauma, the impact it has had on her mental and physical health, and her right to justice being completely disregarded.

A criminal walks free, potentially having internalized the fact that he will not be brought to book by the law no matter what he does.

Power – especially the kind that political power wields – messes with this KNOWING full well that structures are on their side. It is an egregious failing on part of society that we allow these structures to remain in place, festering and growing like a monster. 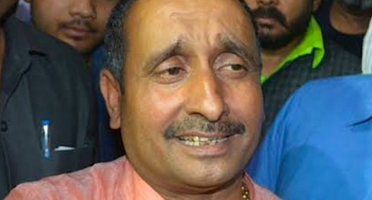 A few days ago, the country witnessed yet another horrific incident against women in the country. In Badaun district, Uttar Pradesh, a woman who had gone out to a temple to pray was gang- raped and murdered by a priest and two others. The perpetrators left her body outside her house and fled the scene.

This incident saw a lot of reactions from several people around the country. While some blamed the condition of the law and order in UP for the occurrence of this incident, some passed shameful remarks on the woman, questioning why she went out alone in the evening.

"You are always so negative!" Activists who speak up about sex crimes against women are told. But how else do we fight against these?

“You are always so negative!” Activists who speak up about sex crimes against women are told. But how else do we fight against these?

Be it Badaun, Hathras, Muzaffarpur, Sidhi … cities or villages, sex crimes against women, girls, rape cases are increasing rapidly. The government has made the laws more stringent but the criminals appear to be getting more audacious.

Should we give up the fight against these barbaric crimes and lock our lips in silence?