People of Kashmir haven’t been much in mainstream media, so here are 10 Kashmiri women achievers we should know about to correct that oversight.

Kashmir has seen a lot of strife throughout its centuries-old history.

This literal ‘Heaven on Earth’ has seen very few, small spells of peace in between war, violence, and multitudes of efforts from the rest of the world to ‘own’ it, a lot of it due to its strategic geographic position. Despite that, the Kashmiris have stood strong, and strength and persistence is, thus, in the blood of the Kashimiris, and its women have played a large part.

From the ancient spiritualists and poets like Lad Ded and Arnimal to powerful leaders like Queen Didda who ruled over almost the whole of what is Kashmir today, to the more recent Krishna Hutheesing, Vijaya Lakshmi Pandit, and Begum Akbar Jahan Abdulla, Kashmiri women have held their own.

After the central government revoked Section 370 from Jammu and Kashmir, opening up the valley to other Indians, there has been some loose talk by some specimens of toxic masculinity (including some MLAs and a CM) of getting for themselves the “gori ladkiyaan” (fair skinned Kashmiri girls) of the Valley.

Little do these men know that the land of gori ladkiyaan has produced many more achievers than they could ever imagine – there’s more to women than these obscene comments objectifying them.

Here are a few of these inspiring Kashmiri women achievers, no less than those from the rest of India.

You might know some of these Kashmiri women well because of their being in the public eye, but you could do well to know about the others too.

She is a woman of many titles – a doctor, an Indian Police Services Officer at the post of Assistant Commissioner of Police, and a motivational speaker. 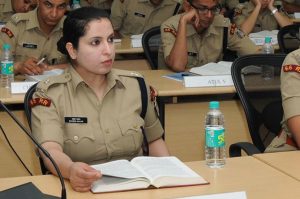 ACP Dr Ruveda Salam has held many titles under her belt. Going after her father’s wishes, she chose to appear for the Union Public Services Commission (UPSC) exam and cleared it with flying colours. She also has the achievement of having cleared the same not once, but twice, apart from being an MBBS!

She has been a motivation for many young girls wherever she has gone to speak to them –  Tamil Nadu, Hyderabad, and Jammu and Kashmir – boosting their confidence to pursue their dreams, and encouraging those who want to follow in her footsteps and join the IPS like her. She absolutely loves her job, and feels grateful and honoured when young girls look at her in awe, wanting to be like her!

A local of Sumbal Sonawari, Capt. Sami Ara Surury, who earned her CPL (Commercial Pilot License) in the year 1994, is the first Kashmiri woman to have earned the license to fly commercial planes. 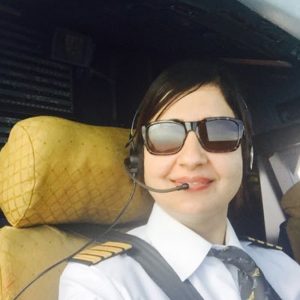 Capt. Ara had to fight her way to where she is today, going well against the wishes of her own family who wanted her to get an MBBS, become a doctor and settle quietly in life. From applying and succeeding in getting a job as a cabin crew, to becoming a commercial pilot, it was a strenuous journey for the simple Kashmiri girl, with less than required financial resources during the turbulence which was taking place in the Valley in 1987.

This journey took her more than half a decade, though she successfully achieved her goal by obtaining her CPL by completing her pilot training from Texas, USA. She is presently 48 and an Airbus pilot – an inspiration to all those young women who dream and aim to fly high!

An eminent author and an academician, Dr. Khan has published four books, including her most noteworthy book, Islam, Women, and Violence in Kashmir: Between Indian and Pakistan, mainly discussing the plight of the women of her homeland Jammu and Kashmir, focussing heavily on the political issues and strife. 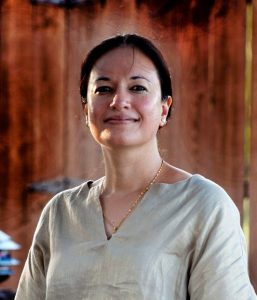 Dr Nyla Khan is the first Kashmiri woman to be accepted as a member of the Advisory Council for the Oklahoma Commission on the Status of Women in 2015. She is a Visiting Professor at the University of Oklahoma and Rose State College.

A woman with strong work ethic and immense intellect, Dr Nyla Khan has earned many awards and accolades for her groundbreaking work.

Known as the ‘Iron Lady of Kashmir’, Ms. Parveena Ahangar is the Founder and Chairperson of the Association of Parents of Disappeared Persons (APDP) in Jammu and Kashmir. She is a Rafto Prize winner for her ‘protests against forced disappearances’ in Kashmir, as well as a Nobel Prize nominee. 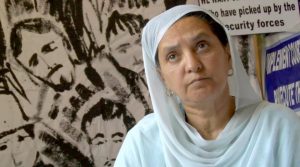 Ms. Ahangar is one of those Kashmiri women achievers who rose from their personal tragedies, emerging as a beacon of hope to their fellow Kashmiris. In her words, “Nobody understands a mother’s pain. I’m a victim, there are many like us. APDP originated out of my pain, and pain of hundreds of mothers like me.”

Hailing from Badgam, Central Kashmir, Ms. Razdan is a journalist and TV personality who is well known for being the primary anchor on NDTV 24X7 for its news show, Left, Right and Centre. 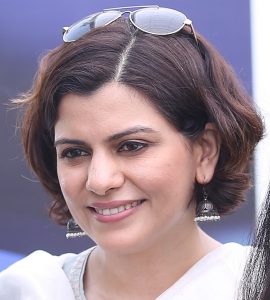 She is a woman with a strong and commanding voice, one who does not shy away from calling a spade a spade. She is, indeed, one of the most well known, and most influential female news reporters of the contemporary times.

Shamma Jain, an Indian IFS officer and Indian Ambassador to Greece (since 2017) pursued an excellent academic career through out graduation and post graduation, and joined the Indian Foreign Services in the year 1983. 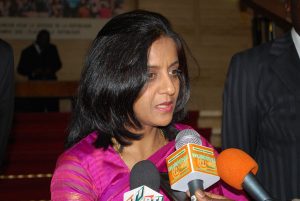 She had been the Indian Ambassador to Panama and Ivory Coast, during the Ivorian Civil War in 2011; when her own residence was attacked by armed mercenaries, she did not shy from completing her duties, and was later safely evacuated by the French troops.

Shamma Jain is a leading example of courage, strength, tact and diplomacy, one of the those strong Kashmiri women achievers who stood in the face of danger, yet persisted.

Ufra Mir is the first and the only Peace Psychologist active in the Valley, who is working in the direction of providing help to the women victims of the Kashmir conflict. For the most part, people look at tragedies and initiate mitigation efforts for the physical damages and the lost manpower. But it is always the women who get victimised repeatedly, both on the personal as well as social level. 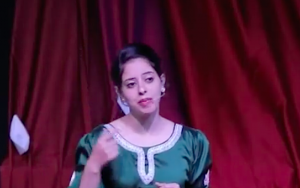 Ms. Mir has had a keen interest in psychology ever since she was in high school and knew she wanted to make a career in it, all for the betterment of her homeland. She uses various methods of expressive therapy, including creative writing, storytelling, and art therapy to help people heal, using their pain to express in creative ways.

She has also worked with the US Department of Peace (USA), World Economic Forum (India), Nobel Peace Prize forums (USA) and the Swedish Institute (Sweden), among other prestigious organisations.

Mehvish Mushtaq is a computer engineer from Srinagar and the creator of the Dial Kashmir android application. For this app which would be useful to both the natives and the tourists, she has been honoured by many awards and accolades, including Nari Shakti Puraskar in 2018. 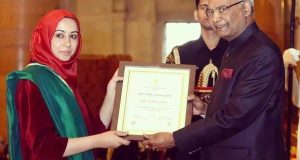 Mehvish Mushtaq is an inspiration to all those young girls who want to carve a niche for themselves in the field of technology and contribute to the development of their homelands, all while keeping pace with the technological advancements of the rest of the world.

The story of this little eleven year old is one that is filled with bravery, perseverance and hope. 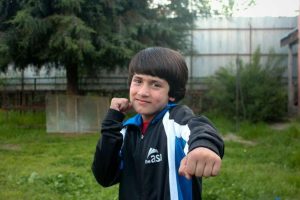 This little Kashmiri girl is the youngest of the Kashmiri women achievers listed in this article. She has represented India and won the much coveted World Kickboxing Championship that was organised in Italy in the year 2016, all at the young age of seven, when most kids her age are busy playing video games and eating dirt.

Baby Tajamul, who was inspired to join Kickboxing after learning that her older siblings were being trained in Wushu, and fearing that she might never get a chance to be strong, practically blackmailed her parents into letting her join the training academy by quipping, “Main aapki aulaad nahi hoon jo mujhe join nahi karwaayi academy?” (Am I not your child too that you haven’t let me join the academy?) Her father agreed on the condition that she would be allowed to learn kickboxing only if she wins gold – a promise she kept well.

Apart from being a kickboxer, she also excels at Taekwondo and Wushu. She is a fun loving child with a witty sense of humour, a trait that she finds helpful in overcoming fear. 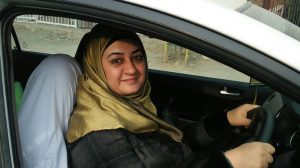 A trained medical officer and a motor sport enthusiast, Dr. Mushtaq says, “I have got a platform and will give it my best shot. Winning and losing is not important but participating is.” For her efforts and inspiring story, she has been nicknamed, ‘The Lady with the Lamp’

For the longest time, the people of the Valley have stayed as outsiders in the eyes of the rest of the country. More so, the women, whose struggles are amplified by the fact that, well, simply that they are women. Even in the face of such adversities, these Kashmiri women achievers have made a name for themselves, have contributed and are still contributing to society.