We Definitely Don’t Want Our Daughters To Grow Up Listening To These One–Sided, Patriarchal Narratives Of Stories

Patriarchal narratives are the reason stereotypes still persist, lingering on even in the most liberal of feminists, leading to confused individuals. 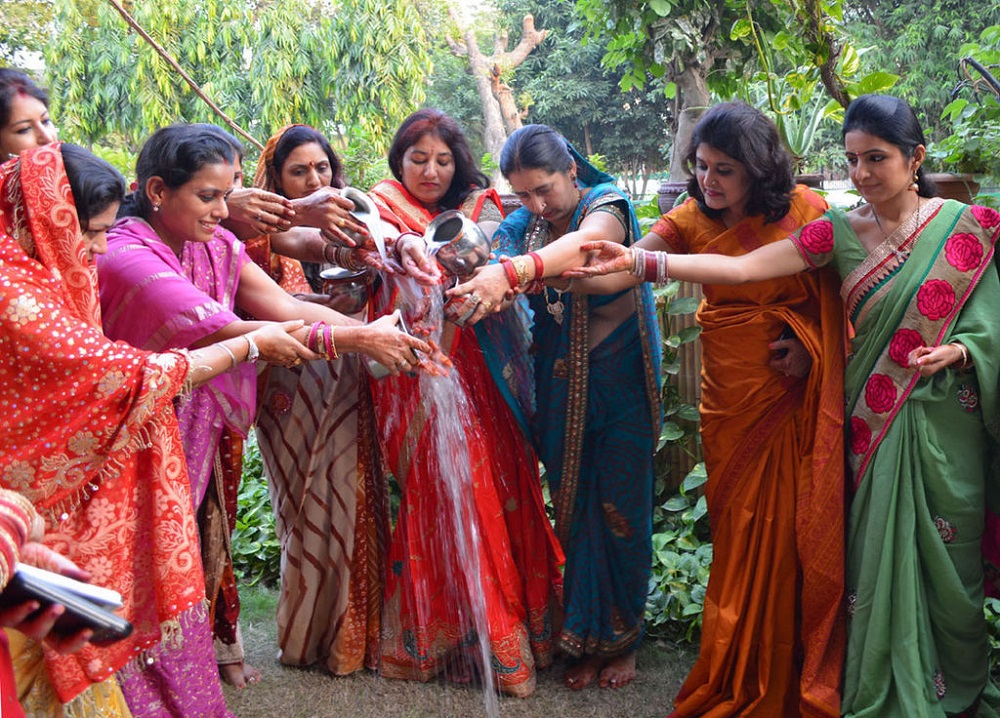 Patriarchal narratives are the reason stereotypes still persist, lingering on even in the most liberal of feminists, leading to confused individuals.

Indian culture has very clearly defined the roles of men vs women. Probably that was the most apt thing to do in that era when Indian culture was evolving. Probably women were handed over the household tasks which they could handle best due to their biology, and men were held responsible for finances and other things outside home, something they were considered to be ‘good at’ by default.

But, I am sure many of us do not think of it that way. The reasons that society thinks have driven this culture are that women are weaker, less able and hence they were given the less important responsibilities. Women and the things they do have always been considered secondary, and this is true no matter what class of society you belong to.

I have a few male friends – they all are very cultured men who do respect women equally and probably that is the reason I like to be friends with them. But then, this patriarchy is so entrenched in our culture that they do not realize the impact of what they often say. These comments just indicate their stereotypical beliefs that women cannot handle complex things, their job is not as important, they cannot do certain things like men. Comments like – “My wife is working but she can quit her job if I get onsite opportunity.” “This project is very complex, you better assign it to a guy.” “No wonder this car is irritating me so much, the driver is a girl!”

Even our mythology portrays our strong female characters that way.

Sita, a strong and determined woman has been showcased more for how she was kidnapped by the Ravan and had to go through the Agnipariksha to prove her chastity! Ram is lauded for his greatness in how he questioned his wife for the sake of society, but no one talks much about how Sita responded to it – how she had the courage to walk away alone and live independently with her two sons. She pretty much represented the 21st century woman where NO Sita really needs a husband whose trust is either so weak or priorities are so unclear that he needs a proof of purity from his wife.

Draupadi is known to be volcanic enough to crush the Kauravas, but is portrayed as a female character who had to beg for help while being humiliated by Duryodhana, and had to provoke her husbands to take the revenge for what she faced. Draupadi could be better portrayed for her confidence, perseverance and self-dependence; she was empowered enough to take the revenge on her own.

All our epics show women as either subordinate characters around lead male protagonists or the feminists who provoked the negativity. Rarely do we talk about how Kaikeyi saved Dasharath in a war; only part of story that we remember is how she misused the 3 promises he gave in return of saving his life.

We definitely don’t want our daughters to grow up listening to these one–sided stories. We do not want the next generation of women to think they need a man in their lives to protect them from evil or to make their life complete.

We want to raise them such that they will be able to decide what’s right and what’s wrong. They must be empowered enough to decide for themselves. They must be strong enough to fight for themselves. And this is not true for girls only. The logic is same when it comes to boys. If we want our daughters to be educated enough to earn their livelihood and be self-dependent, we also want our sons to be trained enough to cook for themselves and be self-dependent. There is nothing that a girl should do or a boy should not do. Every individual must be equipped and trained to handle his or her own basic necessities when they grow up.

We are from the generation that played ‘ghar-ghar’ in childhood – patriarchal narratives, where girls loved playing mommy cooking at home and boys played papa going to office. BUT at the same time when being asked about our aspirations at school, most of us wanted to be a teacher, doctor, pilot or army officer instead of house-wife.

We represent the woman who is at times confused about what is her role in this society – we are neither on this side, nor on that side.

She feels proud of herself when she receives an award at work, but same time she feels guilty about putting her baby in a day care.

She whole-heartedly loves to take care of her in-laws and likes them as much as she loves her own parents, but at the same time she is hurt when she gets secondary treatment as compared to her husband at home, most of the times unintentionally.

She very happily quits her job to be with her husband whose job requires him to settle abroad, but at the same time she feels depressed and neglected when she is left alone at home, while husband is busy at work.

She is very comfortable with the sense of freedom she achieves by being single and being herself, but at the same time she feels sorry when the society points fingers at her or her parents.

Same is true about the man of our generation, mostly due to conditioning, again! There is a lot of confusion on how much he should support feminism, and exactly what his role is towards the women in society.

He knows that his wife is a respectable individual but at the same time he doesn’t know how much he wants to respect her individuality.

He knows that kitchen and home is not just her responsibility, but he is still not clear about how and how much he should take on.

He knows his wife is as capable and learned as he is, but he is not sure if it’s OK to have a wife who earns more than him.

He knows his sister deserves equality and freedom, but he is not sure if it’s OK for his sister to make her own decisions and should he support her in going against the family.

He loves his son and daughter equally but he is not sure if it’s OK for his teenage daughter to wear shorts like his son does.

Do whatever you want, but only if you love it and have your own reason to do it. Don’t do it just because Girls should do it OR Boys should do it OR society, family, community or anyone else wants you to do it. It’s your life, so your choice. Just make sure it’s the right one and even if it’s not right, have courage to get up and correct it.

If we raise our kids with this approach, trying to eliminate patriarchal narratives, I feel they will be much better individuals than us and will lead to a much better society and culture than what we have today – It will then be gender equality in real sense!

A Perfect Libran, is how I define myself!! . Striking the Right Balance is my MANTRA - may it be between [email protected] & [email protected], Family & Friends, Myself & My relationships. Writing is my passion, reading is my read more...

Will Maharashtra Be Ready For Its 1st Woman CM By The Next Elections?

Life Never Stops... With Or Without A Loved One

It Takes A Village... [#ShortStory]