A failed marriage, or the loneliness of being single affects both. Why focus only on the tragedy of the woman, thwarting her spirit and confidence? 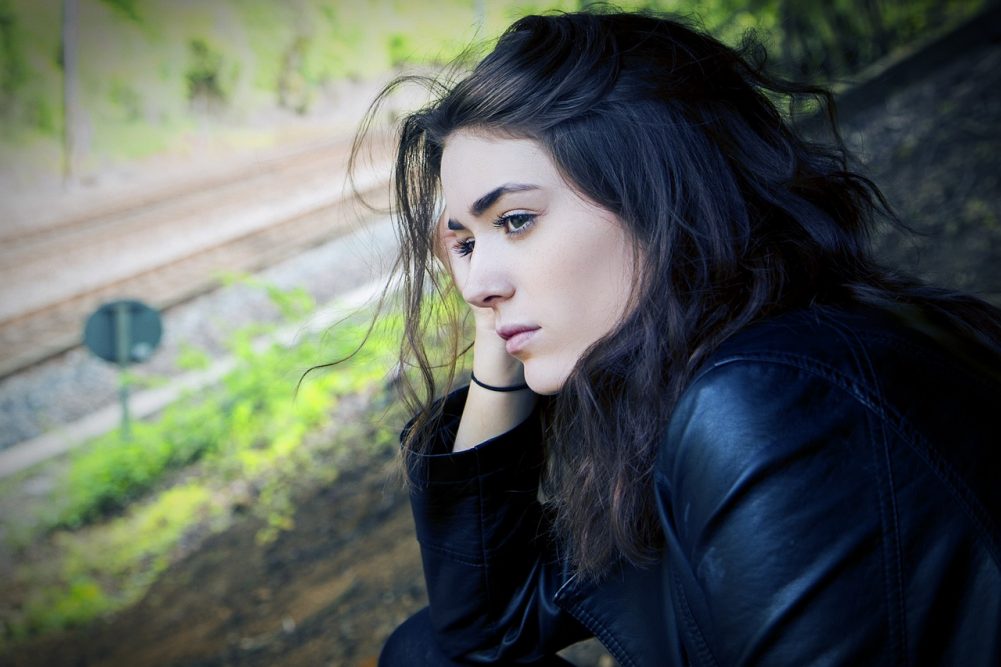 A failed marriage, or the loneliness of being single affects both. Why focus only on the tragedy of the woman, thwarting her spirit and confidence?

Example I: The frustrated, old spinster

I entered the elevator with my friend. Her little son pushed all the buttons, in the eighteen floored building.

‘Haww! Ishu, what have you done!’ she said, trying to enlarge her eyes to look angry. But it was obvious she adored her son’s histrionics.

An older woman probably in her fifties entered on the 14th floor. Seeing all the buttons pressed, she frowned and left. She was carrying a laptop bag. I assumed she was in a rush.

My friend looked apologetic. Not at her son’s behavior but the woman’s.

‘She is one frustrated woman’, she said rolling her eyes.  ‘Lives alone. Doesn’t interact with anyone. You know how these old spinsters can be! Always angry!’

A colleague narrated the incident of her husband’s office where a female employee had joined in the marketing team. A young widow, reasonably attractive. She said the woman had already had three ‘affairs’ with married men. She complained how ‘desperate’ single women ‘break’ another woman’s home.

I stumbled upon an article lately. The preview caught my eyes. It read as follows:

“Divorced or abandoned women are essentially in societal limbo. No one knows quite what to do with them: they are either not invited to religious functions or, if they are, they choose not to go to spare their host embarrassment. This explains why, to the Indian parent, an unhappy marriage is better than no marriage at all”.

I found the preview quite offensive.  I had thought it would be a regressive article. But, when I read further, I was surprised to see it that it went on to provide meaningful and well curated information on domestic violence, legal advice for victims and helpline numbers.

Now, if the intent was to empower women, why did it start with such a negative premise?

The article pretty much summaries the perception and treatment of the divorced Indian woman. The society is ‘kind’ enough to unshackle her from the prison of an unhappy, often abusive marriage, but only to sentence her to a life of loneliness, misery and frustration.

Men and women both pass on the legend

We have all heard the above legends of the frustrated, desperate old spinsters and divorcees from men and women.

The single woman grows old, lonely, childless and angry. In the first example that I shared, any human being may get annoyed seeing all buttons in an elevator pressed. But my friend would rather blame her son’s tantrums on the woman’s marital status. The same friend is always irritated with her son, and her husband who has no interest in her, and her in-laws who make her feel inadequate all day. Yet, she never considers herself an angry person. But a single woman? Her very existence and the lack of a permanent man in her life probably makes her very angry!

The other type of single woman perceived by our society is the ‘promiscuous’ one in Example II. She is desperate for love and has ‘affairs’ with anyone she meets, including married men. Do we question the values of these men who get involved?  Technically, they are the ones cheating! We also like to believe that married women are not committing adultery. It is only the evil, single woman seductress who drives these innocent, pious men to sin!

Men do not have it easy either after divorce

All the articles focus on the poor divorced woman who becomes a social pariah. But have we ever written about the men’s lives after divorce?  Do they have a queue outside their house with woman holding garlands, dying to throw themselves at them?

Men also face the repercussions of a broken marriage. Be it prolonged litigation, shared custody of children or loneliness. Are we so naïve as to believe that a woman who has never been married would not be judgmental of a divorced man / a single, older man? Would she not question him on what went wrong? She may also be skeptical. His ‘options’ may also get restricted.

But do we ask men to be mindful of this, and therefore treat their wives better?

I read about the recent suicide of the PhD student from IIT Delhi, who committed suicide allegedly because of an unhappy marriage. An article with excerpts of her whatsapp conversations suggests that she was considering getting a divorce.

What would have changed her mind that she preferred to hang herself rather than divorce her husband?

She must have heard the legend of the frustrated, divorced woman!

You take whatever decision you want, but just keep in mind that in India there is no place for divorced woman!

I know of a divorcee. She doesn’t like to attend family weddings. But we support you, no matter what!

It will be difficult for you to remarry. Better make things right. Rest is up to you!

We need to change our attitude and our words

It is time we stopped giving rubbish advice to women in unhappy marriages.  There are women who live a peaceful and dignified life after a divorce. Some remarry and have children. Others may not remarry but still live an enriched life with a successful career, travel goals and other interests.

Even if we know only miserable single women, maybe we should resist the urge to share stories of their desperation. The last thing we need to do is, with our limited experience, tell a woman that we already KNOW what her dark future would look like. Especially when we may not even understand the extent of turmoil she may be facing in the present.

We also need to be careful about the words we choose.

Articles like Example III that start out with ‘Divorced women are considered loose. Abandoned women are not invited to religious functions’ do so much of psychological damage already that there is no point reading further about domestic violence and emotional abuse. Which woman would read such an article and get inspired to walk out? After painting such a horrific picture of her future, she would probably continue to live in abuse considering it the lesser evil and count her pathetic life as a blessing compared to the legend of the divorced woman she has heard since birth.

It is time we stopped spreading the legend of the old, angry, desperate, frustrated, single woman. It is as stale, absurd and regressive as the witch tales. It has absolutely NO place in a civilized and progressive society. Assuming we wish to create one.