An abusive arranged marriage motivated by dowry - the self respecting woman in this story didn't stand for it and filed for divorce. 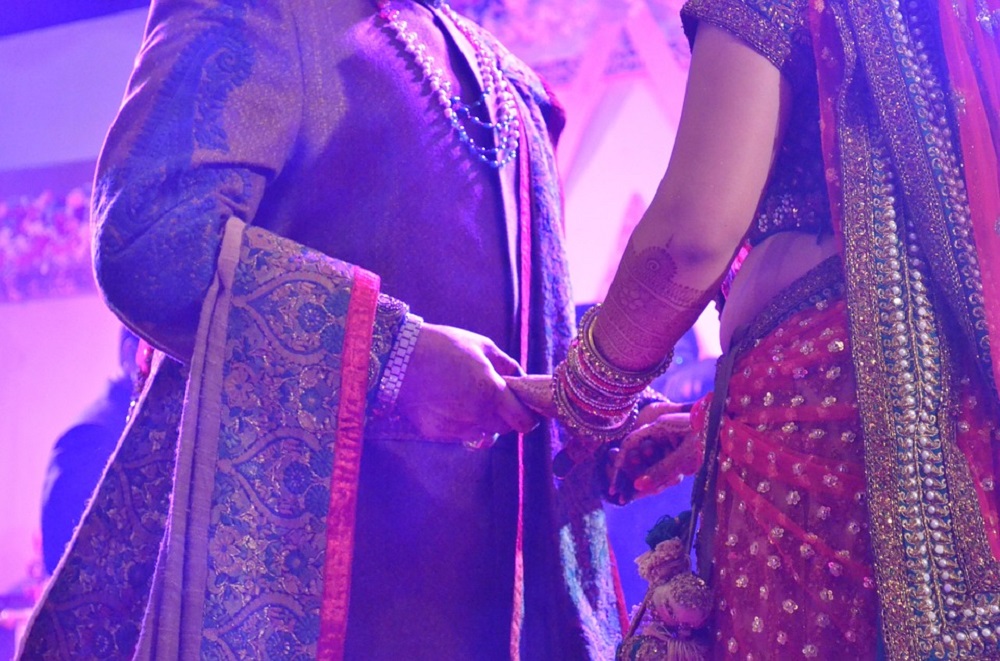 An abusive arranged marriage motivated by dowry  – the self respecting woman in this story didn’t stand for it and filed for divorce.

The following is a true story, although the names of the characters have been changed.

“How much is your budget?” asked Mr. Prakash.

“I can arrange for 4 wedding functions, with an expenditure on arrangements amounting to 30 lakhs. Additionally I would give jewellery to my daughter worth 15 lakhs,” replied Mr. Kashyap.

Mr. Prakash: “Okay. We are very liberal people. We don’t believe in dowry. We just want grand wedding functions. After all, we have some status in society.”

Mr. Kashyap: “Yes, of course, it is our pleasure and pride.”

Mr. Prakash: “You could give 6-8 lakhs cash also, or a car. After all, it is for your own daughter. We are not those dowry types. We don’t want anything.”

This was the first meeting between Mr. Prakash, father of Akash and Mr. Kashyap, father of Kriya. Six months later, Akash and Kriya were married.

Akash and Kriya were the youngest in their family and had been spoilt badly. Kriya had to move cities and change jobs to join him but Akash and his family were brutally insensitive to what she was going through. While Kriya was trying to transform herself to a good homemaker and manage a new job in a new city, Akash was too oblivious to her struggles. He wanted a good-looking, presentable, intellectually stimulating and earning partner (the exact opposite of what his mother was) who should behave and treat him like his mother.

A man like Akash had never had a long- term relationship in life and was not capable of being in a marriage. But the advantage of arranged marriages is that everybody ends up getting married! Even people who would not even survive an entire date.

Akash was the youngest brother, who at an age close to 30, was showered with money from his elder brothers and parents, and in return he used to obey everything they said. Kriya practically got married to a 14 year old man-child.

The wife of Akash was also expected to be an obedient servant who would hand over her salary to her in-laws for providing her services. Her mother in law could have been a caricature like the evil, exaggerated ones they show in television. But she was not fictional. She was very much real, and unfortunately the dictator of Kriya’s life.

Akash and Kriya never got along. Akash, along with his parents and brothers abused her verbally throughout on her failure to be a the ideal bahu (doormat).

Kriya was not the subservient kinds and was vocal about what she felt was right. Akash who was initially verbally and emotionally abusive soon became physically abusive too. His family did not care about Kriya, but they were afraid that Kriya and her family could file a case of dowry and domestic violence against them at any time.

The family thought of a plan. They went out of their way to send their useless, good for nothing Akash to do a Masters in the US, hiding the plan from Kriya until the last minute. The first part of the two-fold plan was to leave Kriya all alone for a year and a half as a punishment. The second part was that if the couple gets settled in the US, Kriya who would have been miserable and alone for a year would become financially dependent, away from her support system of family and friends and therefore would break down and be easily controlled.

Kriya asked for a mutual consent divorce immediately. She did not file any criminal cases because Akash and his family had threatened to prolong the divorce process. She did not take a penny of alimony. While she was taking this step, people warned her that marriages are made in heaven.

Once she is married, no matter what, she has to make things work out. There is no other option. And how will becoming a divorcee help her anyway? She thankfully did not listen to anyone and was strong with her decision.

Kriya is divorced now. She is happy after getting rid of the garbage from her life.

It was all about the money

Kriya’s marriage was not made in heaven. It was made by a Mr. Kashyap and Mr. Prakash whose conversation started with “How much is your budget?”. Mr. Prakash for whom his son was an investment, and his greed was a privilege he was not willing to forego. Mr. Kashyap was following tradition and was mentally prepared for this moment since 25 years ago when the doctor had announced “It’s a girl.”

Kriya did not get a penny of alimony. A lot of people think that women make a lot of money by way of alimony and men are disadvantaged to that extent. I would like to state for the benefit of everyone, that there is no such thing as an automatic alimony in a mutual consent divorce as per the Hindu Marriage Act.

Cases are filed, contested, and litigation goes on for years if there is no agreement between parties. A lot of women choose to walk out with zero alimony because they don’t want to prolong the litigation. They don’t care about money, and are just happy to get their life back.

Abusive men and their families can go to any extent and their life revolves around planning things to torture the victim and yet keep themselves secure legally. Please get out of such relationships immediately.

It is not worth it, even though the society may tell you that once married, you should “adjust”. You can choose to remarry or stay single, your choice. But why let yourself be treated this way and put up with such scheming and manipulative people who don’t deserve you?

Self-love is the most underrated love. We are never taught about it. It is something we learn when we live with people who are beneath humanity. We may not punish them legally. We don’t know if karma works or if God will ever punish them. But what we can do, is not punish ourselves.