If you need a divorce, why is it better to get a divorce by mutual consent and how does one go about it? 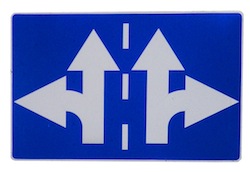 This blog post is about how to go about getting a divorce by mutual consent in India. In case you want to get a divorce, do try and get a mutual consent divorce instead of a contested one. It’s always better to get a mutual consent divorce. The advantages are that:
1) It saves time
2) It saves money
3) It is emotionally less traumatic because you avoid the usual public mudslinging inherent in contested divorces.

The first prerequisite for filing a divorce by mutual consent is to have lived apart for a year before filing for the divorce. A petition supported with affidavits for divorce should be filed in the district court by both the spouses. The husband and the wife need to make a joint statement to the court to the effect that they are unable to live together as they are facing immense difficulties in adjustment. The filing of the divorce petition by both the husband and the wife is legally known as the “The First Motion Petition for Mutual Consent Divorce”.

“The Second Motion Petition for Mutual Consent Divorce” mentioned in the sub-section (2) of Section 13 B is filed when the couple reappears in court for the second time after a period of six months. If the judge is satisfied after a hearing from both the husband and wife, the court announces a mutual divorce decree.

For a mutual consent divorce, please consult an experienced lawyer who will effectively guide you to get the divorce through a mutual agreement done between you and your spouse.