Who Will Caress Netra On Her Lonely Night If Not Her Husband?

One night, she felt the need for someone to be by her side, physically. To caress her, cuddle her, appreciate her body, make her feel special with warm kisses, and put her to sleep in his soothing arms. She needed Anish!

[In a country like ours, India, there does not exist a thing as fragile as a woman’s character. Netra (name changed to maintain confidentiality), a 22 year, young, ambitious, and career-oriented girl, fell in love with Anish.]

After dating for almost two years, they both decided to get hitched. While Netra’s parents were not fully convinced by this marriage, Anish’s family was comparatively happy to have found a beautiful and talented bride for a rather not-so-good-looking son of theirs.

They both get married, and it’s all going very well with both of them; till that one day!

After 7 months of their so-called happy married life, Netra misses her periods. Anish tries to convince her of being sure of the protection rightly used; however, Netra is partially convinced that she might have conceived as this is something that never happened in the past.

She still takes a pregnancy test, and it turns out to be positive! She shares this with Anish. They are both equally happy to embrace the new phase of life together. Netra’s in-laws and parents are also happy to a level where they can not hold their excitement.

While the pregnancy is all about pampering and hunky-dory times, Netra continues to work throughout 9 months! She delivers a healthy baby girl.

The day Netra gets discharged from the hospital, her parents take her to their place to stay and recover from her delivery.

After two and a half months, when Netra returns to her in-law’s place, after their meal, the topic of discussion is PLACE TO SLEEP.

Being too judgemental of their love marriage and Netra’s sexual desires, her mother-in-law clearly declares Netra and Anish will no longer sleep together; it’s the baby and Netra who will sleep in the bedroom and Anish will be sleeping in the living room.

She is also asked to request an extension in her maternity leave at work. This comes as a little shock to Netra, she still tries to adapt to what her mother-in-law’s wishes.

All the night feeding sessions, baby’s crankiness, and her teething, Netra does single-handedly. She was told not to involve Anish in all these as it would disturb his night sleep, and he might spoil his health, the only earning member in the family can not afford to take leave from work for these PETTY THINGS.

Netra was okay with that also.

Netra wanted to be held too

But one night, she felt the need for someone to be by her side, physically. To caress her, cuddle her. Someone who could appreciate her body, make her feel special with warm kisses, and put her to sleep in his soothing arms. She needed Anish.

The next morning, while having breakfast, she requested Anish to sleep with her. It had already been 11 months. Anish came into the bedroom to sleep, however, the baby, who was accustomed to keeping rolling over the king-size bed, found it difficult to accommodate in the stipulated place.

They still somehow managed, but the teething baby’s crying is what disturbed Anish’s sleep. Irritated and frustrated, Anish went into the living room to sleep like he daily used to.

After that frustrating night, they never shared bed

After that night, Netra never asked Anish to sleep in the bedroom again, and neither did Anish make any attempt from his side.

After continuing the same for 5 years, Netra still slept with the baby in the bedroom while Anish slept in the living room.

The importance of co-sleeping was clearly being neglected here, there was hardly any intimacy or attachment between Netra and Anish left. They acted good to each other, just for the baby’s sake, the love was lost. All of Netra’s desires could not find a place or a person to be addressed to!

But where does pent-up desires?

Soon, Netra’s habit of watching sensual content at the time of sleeping became an addiction.

Anish, who had gone to the washroom  adjacent to Netra’s bedroom, looked at everything. Netra felt embarrassed and ashamed. Before Netra could explain, Anish calmed her down and comforted her.

After that incident, Anish tried to steal some lonely moments during the day to get intimate with Netra, to give her the pleasure she was seeking.

But emotional intimacy was suffering

However, unfortunately, they both could not emotionally connect, as there was a huge gap and they missed the crucial time of co-sleeping all this while. While Netra continued to keep herself busy with her motherly duties and domestic chores, Anish was continuously thinking of ways to get closer to Netra.

Then there was an indirect conversation about bringing a sibling for the baby. Netra was not sure about it, however, in the quest to fulfil her desires, she thought of giving it a try.

The five-year-old slept with her grandparents for a week or so, while Netra and Anish were allowed some privacy to plan another baby. Days went by and Netra came up with another good news, she had conceived!

The same evening, as she was making kheer for dessert in the kitchen, she heard her mother-in-law talking to Anish about sleeping in the living room again. Netra unintentionally heard it and was furious after listening to it.

She felt like for her in-laws she was only a baby-making machine, whenever they felt like getting one they used to leave Anish to her, and the rest of the time she was deprived of that pleasure. So Netra put her foot down and decided to abort the baby.

A child should be born out of love, not compulsion

The family did not look happy with her decision, but they did not have a choice either. For a month or so, she tried convincing them, but it was very hard for her. Anish could understand everything Netra was telling and feeling, but couldn’t oppose his parents.

So one day, pretending it to be a routine check-up, both went to the hospital and got the abortion done instead. Anish was ready to take responsibility for whatever was coming ahead. But he did not wish Netra to go ahead with a pregnancy against her own will.

Anish supported abortion, which was apparently considered taboo. They unitedly disclosed the abortion to the family, and things have not been the same since then.

Netra has been taunted, traumatized, and labelled as careless and irresponsible. While a woman’s sexual desires hold a feeble voice, so are her choices of being a mother or not, conceiving normally or not, being a biological mother or not, and the list is endless.

While Netra had an Anish who realized his faults later and tried his best to make up for them, she also had an Anish who had, without thinking rationally, blindly followed what was said by his parents.

I do not intend to say parents are always wrong, but as a man, he should have thought about what was right for him before following what was said.

I doubt how many Netra’s sleep a lonely night with a wish to fulfil the desires in their heart!

Register at Women's Web to get our weekly mailer and never miss out on our events, contests & best reads - you can also start sharing your own ideas and experiences with thousands of other women here!
sexsexuality 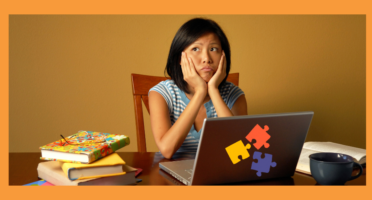 Thanks To the Internet, I Build A Successful Career As A Writer 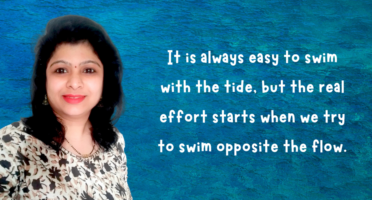 My Parents Refused To Chain Me To Patriarchy So I Should Do The Same For Gen Next!