The Fine Art Of Feeding Your Baby

Feeding time with the baby is always a time when our hidden creative talent comes to the fore.

“Samarth, come here!” I sing at the top of my voice, as my ten-month-old tries to scamper as fast as his tiny legs would allow him. He is too young to walk but he has high ambitions. He tries to run whenever he can, albeit with the aid of his yellow walker with a polka dotted seat cover. We are trying to feed him – my mother and I. Feeding time is always a time when our hidden creative talent comes to the fore, for Samarth is never satisfied with anything we do to entertain him like a particularly difficult judge to please in a reality TV show. We turn classical singers, dance exponents and at times turn musicians as we strike utensils together in an attempt to generate some form of melody and thereby distract him if not engage him. But mostly, we stick to creative storytelling with the aid of picture books, dolls and toys.

My mother feeds him a spoonful of ragi and I begin my narration with the aid of a picture book. “Here, see this lion. What does the lion do? It roars.” And as if on cue, he starts wailing, in tandem with my artificial imitation of a lion roaring. I quickly change track for he has eaten only two spoons as yet and it is too early for me to succumb to his tantrums and call for a truce. “Okay, so you don’t like a lion, here is a  zebra,” I venture uncertainly pointing out the picture of a zebra. But he wails louder this time. My mother senses my desperation and dejection at not being able to pacify him and starts clapping her hands. He grows wide-eyed and is enchanted by the sound of her clapping hands. There is a pause when I quickly scoop a spoonful of ragi and manoeuver it at lightning speed into the baby’s slightly ajar mouth. He eats it, preoccupied as he watches the movement of my mother’s hand and the bangles decorating them, with interest.

This continues for a while and I make hay while this momentary peace reigns for a while. I feed him two spoons more. But all of a sudden Samarth wakes up to the reality of his surroundings and the food in his mouth. He gets bored with the clapping and I resort to my storytelling again. This goes on for a while like alternating crests and troughs of a sine wave until we look down at the half empty (whoever said only pessimists look at anything as half empty!) bowl and we realise we have achieved a milestone. Couple more exercises like this and Voila! we can feed him his quota, we tell ourselves. Determination and strong will power is the key!

The other day I was having a casual chat with my aunt who advised sagely, “The trick is to add a pinch of salt or sugar. Babies very well understand and decipher taste.” I nodded. A few days later I learnt from a friend that she resorts to technology (read mobile phones) to get her toddler to have his meals. And yet another acquaintance waxed eloquent stories about the health hazards of indiscriminate mobile usage. I decided to get professional help and recounted these tales of woe to the paediatrician who promptly chided me. “Let the baby eat how much ever he wants. Do not force feed him.” And with that Samarth was no longer fed out of compulsion. But the doctor was not happy the next time we visited him. “What is this?! He has lost so much weight!” he remarked. “Well, what did you expect? You are the one who asked us not to force feed him,” I thought to myself. “This won’t do,” he said writing out a prescription and we were back to square one.

Despite having left no stone unturned and despite myriad solutions pouring in from all corners, I decided to let things take care of themselves, to wait until Samarth grows a little older and learns to feed without assistance. Until then I would get umpteen opportunities to hone my creative skills day in day out. All I had to do was savour the untold joys that the present moment brought with it. 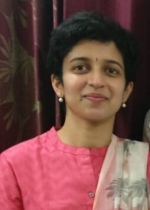 Preeth Ganapathy is an officer of the Indian Revenue Service. Her works have been published in a number of online literary magazines and journals. read more... 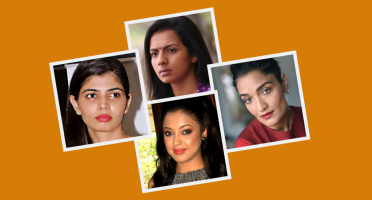 The Modern Day Draupadi... And The One In Our Epics. Not Too Different?