To Divorce Or To Remarry – It Was Saira’s Choice

Saira made a choice of getting out of an abusive marriage, with her son. She also made her own choice of looking for a partner after a few years when she felt they were ready for it.

Saira made a choice of getting out of an abusive marriage, with her son. She also made her own choice of looking for a partner after a few years when she felt they were ready for it.

Getting out of an abusive marital relationship is a choice that a woman makes. A choice where she has to take into account the pros and cons of living as a single mother.

Being divorced is synonymous with freedom to those who feel trapped in a relationship. It also sometimes means juggling both the roles of a father and mother to the child, while also being the bread winner. So the choice left for a mom in an abusive marriage, is either to stay in the marriage facing the ordeal, or make that break and stand alone.

If you make the choice of staying in the marriage, you would still be considered as a good wife with a family in the society. Or be ready to carry the tag of a divorced mother and move on with your life, facing the hushs and sushs that the society may throw at you.

Making a choice to divorce

Saira chose to carry the tag. That is a choice she made several years ago. A choice before making which, there had been several attempts for reconciliation and gluing together of the scattered pieces of a marriage that was rocky.

Saira had a supportive family which included her parents and a brother. But she knew that at the end of the day it would be she and her son Ayaan who would have to deal with the consequences of a split family, however good or bad it may be. She bore the ‘tag’ for five years. Life did not seem much of a struggle for her, but was a new leaf to turn over as she found a job in the education sector and became financially independent.

She did not have to face the judgement of the society or the extended family as she was residing in a foreign country, country that prioritised the safety of women. Saira was safe. She was happy. The support and security that her family gave was enough to make Ayaan feel loved and cared for.

Saira pursued higher education while also working. She set her goals high as she wanted to make sure that she enjoyed her work alongside enjoying a good pay package. Life was great.

Making a choice to re-marry

We are a race that is tuned to having different needs at different times during our lifetime. Years passed by and Saira watched her son grow from the three year old he was when she stepped out of her marriage, to an eight year old who was starting to find his mom a little boring. The thought arose in her that he needed someone to look up to as a dad. Someone he can play football with or have a man to man conversation with.

Saira too, felt the need of a man in her life. She needed a partner to share her life with. She wanted Ayaan to get an insight about marriage and relationships lest he may resent the institution altogether later on in his life. Their needs were only to be met with another marriage! Saira’s parents during several occasions during the five years had brought up the idea of a remarriage, but she had brushed it off. Now was the time to act. But how? Matrimonial site!

Saira signed up and created her profile on one of the popular matrimony sites. She used to get panic attacks when she would scroll down the profiles of men who were divorced and looking for a bride. They looked way too old for her who was not even 30 then. She would log in to check the interests she received but would prefer to just ignore or decline them. The few that she thought were a good ‘match’ for her profile turned out to be disappointing when she met them or spoke to them. Something just did not feel right.

Days and weeks passed and Saira remained an idle user of the account for a long period of time. She silently wished that she could come across the Mr. Right who could fill the void that was starting to appear in her life.

And so it happened with the click of a button and her acceptance of an interest on her profile that seemingly did not look vague but was transparent enough to earn her trust. She found her Mr. Right or rather the Mr. Right found Saira! Saira and Asif allowed themselves time to get to know each other; quality time was also essential for Ayaan to gel with his prospective dad. After few months when they felt the time was right, they got married in a simple ceremony.

Challenges as a new ‘family’

Life is indeed not a bed of roses. There were challenges that they had to deal with as a new family.

It was now not easy for Ayaan to ‘share’ the love of his mother that he had been receiving throughout his life. Ayaan’s teacher had been complaining about Ayaan’s behavioural changes. Saira was sure that the ‘father’ in the boy’s life could not be replaced or substituted. But Saira and Asif worked towards making Ayaan feel that he has a dad, or rather a friend who he can always have around.

Saira and Ayaan continued to have their quality time together like before. Saira, Asif and Ayaan always sat together for dinner. Asif began to accompany Saira for Ayaan’s parent- teacher conferences. The small gestures from Asif showing care and kindness to Saira and Ayaan worked like magic in transforming Ayaan back into the boy he had been earlier. Ayaan began to feel safe. He realised that he was still being loved by his mother. He also understood that he was at the receiving end of fatherly affection which had been absent in his life.

Three years have passed, Ayaan is now twelve. He has a baby brother now, whom he adores and cares for. Saira has taken a break from her career for a couple of years embracing the role of a homemaker, and enjoying being with the baby. Asif continues to be the doting husband and father.

Saira made her own choices, and has learnt some lessons of life that she can look back and feel good about.

Register at Women's Web to get our weekly mailer and never miss out on our events, contests & best reads - you can also start sharing your own ideas and experiences with thousands of other women here!
arranged marriageschoicedivorceLife as a parentmotherhoodrelationshipssingle women 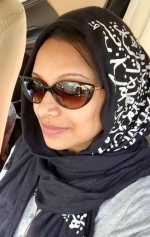 Back in home town after living an expatriate life in the UAE for nine years. I worked as a teacher in the UAE teaching Arab children. Happily married with two kids. At a break from read more... 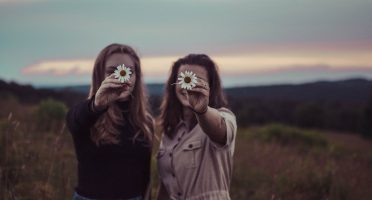 What Can A Woman Be To Another Woman? Friend Or Foe?