Support for divorce in India is still very superficial. We need divorced women to meet certain criteria before we give them our support. 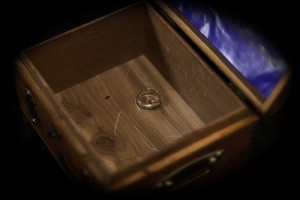 In conversations with friends and the extended circle, I notice a curious phenomenon. Urban Indians, at least in certain circles, are becoming more accepting of divorce. So, we no longer think it is the end of the world, or at least that is how we express our opinions if we want to be seen as ‘modern’.

Dig a little deeper though, and contradictions emerge. It is true that we are becoming more sympathetic to women who’ve gone through a divorce, but our sympathy and support are also reserved for certain kinds of divorced women, and that is what I call, ‘The Worthy Divorcee.’

So, we’re supportive of women who have filed for divorce because they have been abused, abandoned or otherwise ill-treated by their husbands and/or in-laws. We are satisfied that they have ‘tried their best’ to keep the marriage together, even if it means that they have gone through some amount of trauma.

But women who’ve filed for divorce by mutual consent because the couple realized that they were incompatible or wanted very different things from life? This woman doesn’t fit our criteria for the worthy divorcee, and we feel smug about withdrawing support for her. We assume that she was arrogant, or just too lazy to try hard enough, or she’s been corrupted by Western morals.

We’re supportive of the divorced single mother who is working hard at being a single parent, often being the sole breadwinner in her family. But when this single mother begins dating again, or enters into a relationship with another man, we are quick to withdraw support. We are self-righteous in our ‘worry’ about her – doesn’t she know that men can take advantage of her? We assume we know what she needs better than she does. And if she is brave enough to admit that apart from companionship and love, sex is also important to her, we’re quick to condemn her as easy.

For that matter, it’s not just sex, but any kind of fun that disqualifies a divorced woman from being the worthy divorcee. So long as she works hard and keeps her head down, we’re happy to root for her, but even seemingly liberal folks are quick to adopt different standards – what they would not judge a single (non-married) woman for is somehow seen as flighty in a divorcee.

As for the divorced woman with kids, who live with the father for whatever reason? We’ll all set to crucify her.

As divorce becomes more common and we all know someone who’s gone through a divorce – in our families, our communities, our workplaces, it becomes harder to be judgmental. So, we try and look sympathetic. Deep down though, we believe that they haven’t tried hard enough, and the divorce is punishment for that. Our support for divorce is still very superficial, which is why we want divorcees to fit a certain righteous mould before we accept that they have suffered enough.