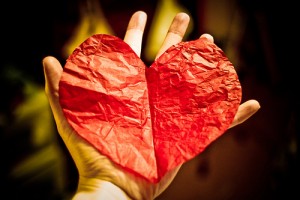 “I’m not single. I’m in a longstanding relationship with fun and freedom.” Yes – I’ve often thought so when asked why I’m still single although it’s been over seven years now. I’m not the only one. Most divorced Indian women’s features set into a kind of wry sneer when you talk to them about dating after divorce. They’re either having a fabulous time being single and discovering what it is that they want to do after a lifetime of pandering to other people’s needs and wants, or they are likely to be still recovering from the trauma of divorce.

Mary Kay Blakely, author and single mother, says dramatically, “Divorce is the psychological equivalent of a triple coronary by-pass. After such a monumental assault on the heart, it takes years to amend all the habits and attitudes that led up to it.”

Relationship coaches and counsellors advice a period of being alone with yourself, coming to terms with things, and learning to like yourself as a person before you try to chart the shark infested, choppy waters of relationships.

I’m ready to date again; where are the men?

After you’ve been through counselling and have healed from the divorce you may think about a relationship. You come to a full stop almost immediately because the question you ask yourself is: “Where are all the men?” They’re usually all married and, as other people’s husbands are a no-no, you as a divorced Indian woman begin to wonder what to do.

You want to meet someone – leading somewhere, perhaps…you’d rather not think about where.

Divorced men? Most divorced men that you meet are an absolute mess. Very few divorced Indian men go for counselling or even think things through to a logical conclusion that makes sense of the event and lays ghosts to rest. Mostly, they remain stuck in a morass of self-pity, refusing to move forward, unable to move backward, bemoaning their lost children, lost youth and lost prosperity.

Dating after divorce: Get back into the game!

Despite this black picture I paint you may still crave companionship, quarrels, joint dinners – although hopefully you don’t dream of washing his shirts and getting them ironed. You want to meet someone – leading somewhere, perhaps…you’d rather not think about where.

To get into a relationship you need to put yourself out there. You need to date. How do you go about it? Is dating after divorce different from dating before divorce? If you did ‘date’ and yours wasn’t an arranged marriage, you may know a thing or two about dating. If you divorced late in life, you’ll have absolutely no knowledge of dating, even if you did in your youth partly because everything has changed and partly because you don’t really remember how to go about it.

I occasionally think that it’s easier for those whose families ‘arrange’ their weddings – yes even the second one – matrimonial columns have space for divorcees and Shaadi.com is graced with an offshoot called Second shaadi.com.

But then again an arranged match isn’t ideal for everyone; and ‘shaadi’ implies marriage. Once divorced, some people eventually open up to the idea of a relationship but not even their worst nightmare would feature them remarrying. It simply isn’t an option for many divorced Indian women. Even the word shaadi sends shivers down their spine. Shivers of fear, not tremors of excited anticipation!

They say dating is the best way to get to know if you’re compatible with someone and decide whether you want to take it to the next level. Maybe you don’t and are quite happy to date like a teenager, just for fun. Perhaps you hope to find someone to have dinner with, watch a film with, chat to with no strings attached; light-hearted and enjoyable with no expectations, leading nowhere except to more outings. Companionship instead of family responsibility. The internet is good for that – dating websites like OK Cupid are a big hit and give you the option to interact a little online and assess the person before actually meeting them. It’s best to follow safety measures – inform a friend, meet in a crowded place in the daytime. There’s no need to be afraid, but be cautious. Get to know the guy really well before spending any alone time with him.

…dating again shows that you believe in life and love despite everything.

There are quite a few ways to meet men to date with, once you decide to take the plunge. Sometimes you meet someone at work, in a coffee shop or at a mutual friend’s, sometimes you have to give it a little push and be proactive. What’s certain is that you have to know what you want and then you’ll surely find a way to get it.

Single mothers have to contend with other hurdles such as a lack of a babysitter, cautioning parents or their own fears and insecurities. I assure you that you can overcome them if you decide that you want to date again after your divorce. I know I’ve painted a less than rosy picture of dating after divorce but honestly, dating again shows that you believe in life and love despite everything.

I found this lovely quote on Pinterest – I don’t know where it originated so I can’t credit the person – but I can follow the advice: “Love as though you have never been hurt before.” Try to forget the pain and dance again. That’s the mark of a true winner and a fitting reply to the divorce – thumb your nose at it, put it behind you and start life afresh believing it will be better, now that you’re wiser.