A divorce is quite challenging for many Indian moms; points to remember about parenting when going through a divorce. 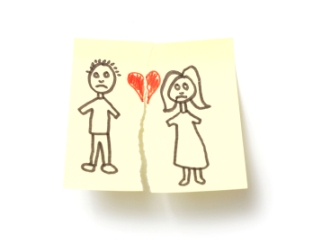 A divorce is quite challenging for many Indian moms; points to remember about parenting when going through a divorce.

Anyone with children, when contemplating divorce, is often advised to try to salvage their marriage to avoid traumatizing the children. But when the divorce proceedings go ahead, the same advisors offer little or no advice about parenting when going through a divorce.

Often Indian moms find themselves wondering how to support their child through the new challenges that lie ahead. Worse, parents are still grappling with the pain and the difficulties of a change in financial status, place of residence, workplace issues (Read, Divorced Women In The Indian Workplace) and other logistics that crop up when a marriage breaks down.

Some Indian moms have found ways to help their child cope. Others wish they’d known more or had better support. With divorces on the rise among Indian couples, an increasing number of children are being raised by single or remarried parents. There is a need for different parenting strategies and ironically, working together by the separated parents for the good of the child.

No bad-mouthing your Ex

“I was very young and bitter about my divorce,” explains Sheetal Rai*, 34, a schoolteacher in Bangalore. “My son was just under 5 years old, and my ex-husband cut off from us completely, long before the divorce. I spoke badly of Mayur’s father for many years.” Sheetal had no contact with her in-laws either.

But Sheetal realized it was damaging Mayur* to think badly of his father. She gradually stopped criticizing her ex-husband in Mayur’s hearing. “I was so filled with anger, but I started talking more to my trusted friends and bhabhi about it,” she says. Though it hurt, she showed Mayur his father’s pictures and tried to tell him about his dad’s good side. She felt it helped Mayur, who is 12 now, become more outgoing and his sunny side started showing after that.

The best thing I did was to make a pact with my husband not to ever talk ill about each other to the kids. They were too young, and I kept reaffirming that Papa loves them as much as I do.

Rekha Rao*, 55, a Graphic Designer in the NCR, divorced 20 years ago, when her children Rishi* and Rachna* were 9 and 7 respectively. She says, “The best thing I did was to make a pact with my husband not to ever talk ill about each other to the kids. I did not share any of our conflicts or feelings about their dad and our marriage, with the kids. They were too young, and I kept reaffirming that Papa loves them as much as I do.”

The extended family’s role when going through a divorce

Children also have to cope with other family members’ attitudes. “It was tough for my children to deal with some of their father’s relatives’ disapproval of me,” says Rekha. “On the other hand, my parents and sister helped them a lot by talking and spending time with them. Overall, Rachna and Rishi felt totally and equally loved by family members from both sides. They were always showered with love.”

“That was a plus for me,” says Sheetal. “My in-laws’ cut-off means Mayur never had to hear nasty things said about me. But he carries a lot of anger against them, for disowning me and him.”

Preparing and talking to the kids

After the divorce, it’s important for both parents to keep the lines of communication open. Children’s feelings change as they grow. They might understand better, or they might feel aspects of loss and difference they were not aware of as young children.

“What does a 5-year old understand? His father hadn’t been around much anyway, after Mayur was 2,” explains Sheetal. “So it wasn’t much of a change for him. It’s only now as he’s almost a teenager that he feels the absence of a father figure.”

Identify other sources of support

Sheetal also has friends who have divorced. They have formed an informal support group. “The kids are fast friends, and my friends say Mayur shares difficult feelings with them. Somehow, he is able to accept what my and his friends say, more than me!”

“Having loving family on both sides shielded them from a lot of insensitive questions. Plus, in those days, these things were not much talked about,” says Rekha, and remembers her son’s school teacher with gratitude. “I told their teachers so that they’d be softer with them.” Rekha found out later that the children’s friends had been very sorry for them and had taken extra care of them.

Ensure continuity in some areas at least

“We talked separately with the kids, and explained that because Papa and Mama have too many arguments, we are separating,” says Rekha. She and her ex-husband felt it was important that life go on as normally as possible for the children, and disciplining and other regular activities continue as before. The unique challenge with divorce and children is that though the couple is separated, the children still depend on both parents to give them all they need.

Rekha maintained the same routine of school, homework, extracurricular activities, family visits from both sides, joyous holidays with loving aunts and uncles, cousins and grandparents. She says, “Children can feel devastated and insecure.” Rekha feels this can be offset to some extent by always providing a safe and secure environment where they retain their innocence and feel a sense of normalcy.

She and her ex-husband felt it was important that life go on as normally as possible for the children, and disciplining and other regular activities continue as before.

Dealing with curiosity and insensitivity

Since Sheetal had also taught in Mayur’s school for a while, the staff knew their story well. Some teachers did show prejudice, but Sheetal talked to her son about dealing with people. “You can’t change everyone, only yourself. I taught Mayur to always hold his head up high and try his best. Plus, teachers are rotated every year, and there were always 2-3 empathetic teachers and the school principal whom he could count on if he was disturbed.”

Divorce with children adds an extra dimension to challenging topics such as dating, relationships, marriage and commitment. It’s crucial to address on an ongoing basis, children’s questions and feelings about the divorce, in the larger context of their finding their own life-partners.

“Mayur has sworn he will never get married. But he’s only 12!” Sheetal feels it’s essential to talk about relationships, during talks about the ‘birds and the bees’. Seeing their parents’ marriage break up is devastating for children. “I point out the stable and happy marriages among our friends and family. It helps Mayur, but still, it’s personal. His parents’ marriage didn’t last, and sometimes that’s all that matters to him.”

Veena Srikumar*, 52, a Finance Professional in Bangalore, says her daughter Nupur’s* first engagement broke because her would-be in-laws were not comfortable with Veena’s single status. “Amazingly, Nupur took very little time to recover from the break-up. Two years later, she tied the knot and is very happy with her husband.”

These parents have been resourceful and pro-active in finding ways to help their children. After all, you don’t stop being a parent, just because you’re no longer a spouse. Getting support, building a community of loving family and friends, adequate preparation for the child, open communication with schools and staying involved and connected with the child are some strategies that definitely help.