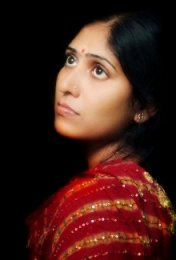 Is irretrievable breakdown of marriage as a cause for divorce really the panacea it is being made out to be?

Saptarshi Mandal is a human rights lawyer and researcher working with the Multiple Action Research Group (MARG), New Delhi. He works on issues of gender, caste, sexuality and disability.

For decades, law makers and courts in India have stressed notions of ‘sanctity of marriage’ and ‘family as the basic unit of society’; suddenly, the focus seems to have shifted to ‘how to end marriages smoothly’.

I’m talking about the Hindu Marriage (Amendment) Bill being introduced in the next session of Parliament, which seeks to amend divorce procedures for those getting married under the Hindu Marriage Act or Special Marriage Act (civil marriages). Currently, there are two ways of getting a divorce in India. One is where both husband and wife reach a consensus that the marriage is no longer working out and that they want to end the marriage by mutual consent. Alternatively, one party has to provide and prove a specific cause for divorce such as that the other was mentally or physically cruel, deserted him/her, committed adultery or that the husband is impotent.

The new Bill seeks to introduce one more way of getting a divorce, whereby either of the parties would be able to ask for divorce on the grounds of “irretrievable breakdown of marriage”. Thus, in marriages where only one party feels the need to end the marriage, he/she can ask for a divorce without having to prove that the other has committed a matrimonial offence like cruelty or desertion.

The Bill is being welcomed by many as a progressive measure that would allow people to extricate themselves easily from bad marriages. Where one party wants a divorce and the other does not, the latter would no longer be able to harass the one seeking the divorce by not appearing in court for hearings or prolonging the process by other means. The Supreme Court and the Law Commission are also in favor of granting divorce on the ground of irretrievable breakdown of marriage, provided there are “adequate financial arrangements” for the parties.

But, even as the proposed amendment seeks to make the process of ending marriages less protracted, less cumbersome and less painful, we need to ask at what cost is it being done? And who is more likely to pay this price? All the views and arguments in favor of the amendment mentioned above are based on two assumptions. One, that men and women are equally placed in a marriage. And two, that all women are similarly placed with respect to economic independence.

All the views and arguments in favor of the amendment mentioned above are based on two assumptions. One, that men and women are equally placed in a marriage. And two, that all women are similarly placed with respect to economic independence.

Broadly speaking, marriage in a society like India is anything but equal. In most cases, it is the husband who leads decision-making in many areas. In a typical situation where the husband wants a divorce, and the wife does not, he has to either prove that the wife is at fault for having committed cruelty, adultery, desertion etc. or reach a “settlement” with the wife whereby they can file for a divorce by mutual consent. This gives the wife the bargaining position to at least get the husband to pay her a lump sum of money in return for agreeing to the divorce, so that she is not left without any economic security.

Which brings us to the second question – of the economic resources available to the wife after divorce. In most marriages, while the contribution of the husband is primarily economic, wives contribute in non-economic terms by taking care of the household, the children and the elderly. Many have never worked or have cut short their own careers to focus on children. But at the time of divorce, while the economic contribution of the husband to the marriage is taken in to consideration, the non-economic contribution made by the wife is not.

Worse off after divorce

Thus, the monetary support that women get from their husbands at the time of divorce is highly disproportionate to their contribution to the marriage. Women who are economically independent (Read, Divorced Women In The Indian Workplace), or who have the support of parents and brothers are not affected as much. But women, who have been married for a long time, who have been home makers or who do not have the support of their natal families, are left economically worse off after the divorce. Hence, the bargaining position that wives currently have is extremely crucial to ensure their economic security post-divorce. The proposed amendment seeks to do away with this bargaining position, thus weakening her position further in a relationship which is already based on unequal terms.

The Bill prepared by the government has a provision, whereby if the husband files for divorce, the wife would be able to challenge it by claiming that the divorce would cause “grave financial hardship” to her. This is an insufficient protection available to the wife, as this in no way accounts for her non-economic contribution to the marriage. The most that she can get by invoking this provision is a paltry amount of maintenance that the judge might order the husband to pay her.

Irretrievable breakdown of marriage as a ground for divorce should be introduced only after putting in place an equitable system for assessing the contribution of both the spouses to the marriage. In the absence of it, the costs would be disproportionately borne by the wife.