Goddess or whore: representing women in pop culture as a “treasured, pure goddess” or a “despised, vile whore” has dangerous implications for real, human women. 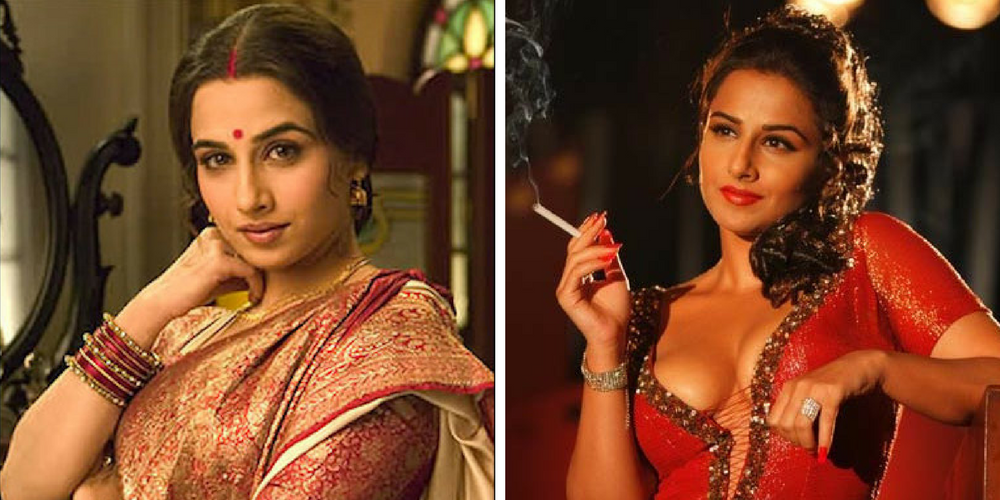 Goddess or whore: representing women in pop culture as either a “treasured, pure goddess” or a “despised, vile whore” has dangerous implications for real, human women.

A few years ago, a campaign by Save Our Sisters featured models dressed as Hindu goddesses who were bruised and battered. While it was a popular campaign, it made me uncomfortable. If one were to see only the image and not the text under it, the message can be interpreted as “Goddesses should not be hurt, so protect them.”

Which raises the question –what about the women who society does not view as Hindu goddesses, such as women from other religions, or sex workers? In likening women to goddesses, it lost the opportunity to be inclusive, and reduced women to objects that should be treasured. Many feminists voiced similar opinions.

Movies and TV deify and vilify women every day. So what characteristics make a pop culture goddess or whore?

A goddess is dressed demurely, in traditional or simple clothes and solah-shringar which has the cultural stamp of approval. The whore dresses ostentatiously in “western” and “revealing” clothes. Who can forget the iconic Komolika from Kasautii Zindagi Kay, or Neelambari from Padayappa?

A goddess is religious. This excuses her from vilification, even if she is dressed non-traditionally. Remember Rani Mukherjee in Kuch Kuch Hota Hai? The moment her foreign educated, “modern” looking character breaks out into a rendition of “Om Jai Jagdish Hari” she becomes a “goddess.” The metaphor is further spelled out when Shahrukh Khan’s character claims that a man’s head bows only before three women –his mother, the goddess Durga, and the third left unsaid but heavily implied. The whores on the other hand are either depicted as being disrespectful of religious traditions or simply just not shown praying.

The goddess keeps the family united and happy; the whore seeks to sow chaos and discontent. The goddess is chaste, the whore is promiscuous (Aitraaz) The goddess is the girl you marry, the whore is the one you have as a girlfriend (Diana Penty and Deepika Padukone in Cocktail). The goddess, when she is angry is righteously so, and becomes the “avenging goddess.” But the whore is angry just because she is a “bad person” and her anger is unjustified. For a full list of what makes a whore/vamp, see this.

The bottom line is this: The virtuous mother/sister/daughter/wife is the goddess and must be revered and protected. The vamp or “the other woman” is the “rakshasi” and whore, who must be hated and shunned by society.

Madonna-Whore dichotomy in the west

Nor is this a purely Indian concept. Sigmund Freud first spoke of the “Madonna-Whore” dichotomy –a psychological complex that develops in men who see women either as the nurturing and saintly Madonna (The Virgin Mary with the Baby Christ) or as prostitutes. This link gives an insight into how the idea finds a place in western pop culture.

The real-life implications of this goddess or whore dichotomy are many. Rape culture is a direct product of this dichotomy. When we delineate women as goddesses or whores, we are opening the door to slut shaming, victim blaming and toxic masculinity. Any woman who does not behave like a goddess is a whore who is “asking for it.”

Burden of ‘honour’: the ‘izzat’ factor

The burden of “honour” falls on the “goddesses”. They must stay within the rules that give them that position. To cross that line brings swift retribution in the form of punishment or in extreme cases, honour killings. This father-in-law who beheaded his daughter-in-law6 for working outside the home also acted thus because of such flawed thinking. It is also the reason why some movies showed women committing suicide to avoid being raped (Mohra) or when they are raped (Adalat) because to them honour equals chastity. Thankfully, this hasn’t been an on-screen trope in recent movies.

Thirdly, such thinking refuses to acknowledge the sexuality of “homely” women. “Ghar ki murgi daal barabar,” goes a popular Hindi idiom (even chicken made at home is as tasteless as boiled lentils), supporting the flawed idea that one’s wife is not as desirable as the other woman. Goddesses are sexless. This is why even song lyrics like “Radha likes to move that sexy Radha body” or a movie title like Sexy Durga offends many. This is also why when a movie attempts to explore female sexuality, as in the case of Lipstick Under My Burkha, it raises a hue and cry.

Women are human. Not goddesses or whores!

Above all, it refuses to acknowledge the humanness and autonomy of women. We are not “perfect” beings like goddesses. We are flawed, flesh-and blood people with complex personalities, who are capable of being and doing both “good” and “bad”. One-dimensional “goddess or whore” depictions in pop-culture thus do us a huge disservice. As this insightful piece points out, “It is easy for women like the real-life Deepika to be the proverbial goddesses because of looks, celebrity, wealth, or social privilege. But the vast majority of women in India are not insulated by those things and are vulnerable to gender-based violence by men who do not see women’s humanity being portrayed in the media.”

It is heartening to see some recent movies that are eager to explore the grey shades. In Anarkali of Aarah, Swara Bhasker plays a singer-dancer who gives unapologetically raunchy performances, and refuses to let anyone take advantage of her. She is neither goddess, nor whore. In Tumhari Sulu, Vidya Balan puts her sexy voice to use as a everywoman turned radio jockey and in Begum Jaan (a remake of the Bengali movie Rajkahini) she plays the madam of a brothel –both very complex women. Piku, Pink, Queen, Aiyaa, Margarita With A Straw, Aruvi (Tamil), are just some of the recent movies featuring relatable women. And the advent of web-series like Ladies Room and Haq Se gives me hope that even TV may start to embrace “real” women.

It is time for pop-culture and for society as a whole to let go of the “goddess or whore” dichotomy. For men, especially, it is the key to having better relationships.