Tired Of Saas-Bahu Soaps? Watch These Four Web-Series (And One TV Show) All About The Girls!

Move aside misogynistic saas-bahu serials, these four women oriented web series (and one TV show) are made for the empowered and liberated women of today. 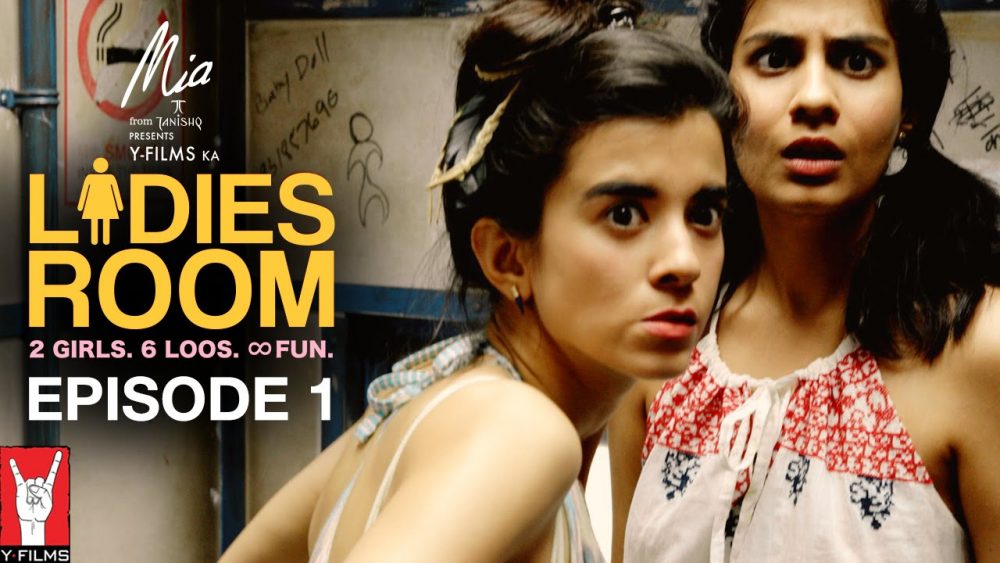 Move aside misogynistic saas-bahu serials, these four women oriented web series (and one TV show) are made for the empowered and liberated women of today.

I remember when the K-serial rage began.

Tradition. Culture. These were the buzzwords that defined their USP then, and that continue to ensure their sway over the public imagination.

There is however a section of the population that is disillusioned with the daily soaps. Consisting mainly of the ‘millennials’, this is the part of society that is breaking with traditions, or at the very least redefining what tradition means to them. For this generation, Indian TV has very little to offer.

I am one of those people who is sick and tired of the standard content of Indian TV (across languages!) –saas-bahu serials that reinforce the idea of the submissive, ‘good’ daughter-in-law; so-called comedy shows that peddle misogyny, fatphobia and racism; and mythology or history-based serials that seem to reduce even the most brilliant and inspirational stories to cheap drama.

Initially, I satisfied my entertainment needs by watching American TV shows like Grey’s Anatomy, that featured women who were real, flawed, and with whom I could empathize. However, I always yearned for Indian content. It is only recently that web-series have come to the rescue.

There are many web-series to watch, such as Premanent Roommates, Inmates or Tripling by TVF, and they are all quite entertaining. In this article however, I am focusing on the web-series that are about women.

Man’s World is one of the earliest web-series I know of, and probably also one of the most popular. It is a sort of a cheat, since the main character is a man, but I’m including it here because of the deep dive it takes into the life of a woman. The series, consisting of four episodes, supports Goal 5 of the United Nations’ Global Goals for Sustainable Development, which is about achieving Gender Equality and empowering all girls and women, everywhere. The first Y Films original series, it stars Gaurav Pandey as Kiran. Kiran is unhappy with the world as it is—he feels that women play the ‘woman card’ to get a lot of benefits and he wishes for the world to be different and for women and men to interchange places. What happens when his wish is granted is what this series is all about. It also features Gurpreet Saini, Nivedita Shukla, Ramakant Dayma, Ranjini Chakraborty, Shikha Talsania, and Silky Khanna; with special appearances by celebrities like Kalki Koechlin and Parineeti Chopra.

The Test Case is a recent web-series features Nimrat Kaur as Captain Shikha Sharma, the first female inductee to the Special Forces Training Center. It shows Shikha dealing with all sorts of issues as she tries to establish herself in an all-male space. Entertaining, inspiring, and moving in turns, this 10-episode series streaming on ALT Balaji, has been well-received with rave reviews. Atul Kulkarni, Rahul Dev, Anup Soni and other male actors play supporting roles to Nimrat’s lead. Juhi Chawla appears in a cameo as India’s Defence Minister. In my opinion, The Test Case is a must watch!

Inspired by Louisa May Alcott’s book, Little Women, Haq Se is ALT Balaji’s latest offering. It follows a family in Kashmir that consists of a mother, her four daughters and their aunt. Their father is away from home. Each of the girls is talented in her own way, and each of them have their own voice. The series depicts their joys and sorrows. Surveen Chawla plays the eldest sister, Dr Meher Mirza. Parul Gulati plays Jannat Mirza, the second sister, who is a journalist and blogger who writes the truth about Kashmir. Aanchal Sharma plays the third sister, Bahira Mirza, who is an accomplished musician who plays in a band. Nikessha Rangwala, plays the youngest sister Amal Mirza, who is bold, beautiful and unconventional. Rukhsar Rehman plays their mother and Simone Singh, their aunt. The 11-episode series is a testimony to the dreams and ambitions of women everywhere and it is a treat to watch this predominantly female cast shine on screen. The other actors starring in this series are Rajeev Khandelwal, Pavail Gulati, Karanvir Sharma, Mahima Mehta, Ravi Khemu and Waqar Sheikh.

If you are likely to get offended by women who smoke pot, drink alcohol, have pre-marital sex, use profanity, and have abortions, then stay away from Ladies Room, because this one is all about the “bad girls.” This is another Y Films production. Interestingly, all of the episodes are shot in a ladies loo (or in one episode set at a farmhouse party, in a secluded corner where girls can do their business). This show is hilarious and wacky, yet has some poignant moments, as best friends Khanna and Dingo (as they call each other), played by Shreya Dhanwanthary and Saba Azad, discuss everything from pregnancy tests to the annoying co-worker who steals credit. These are women, real and raw, and I love how the show humanizes them.

Now this one is not a web-series, but a TV show which aired on the Epic Channel. As I understand, there are still reruns. Based on Indu Sundaresan’s book The Twentieth Wife, Siyaasat is a fictionalized account of the life of Mehrunissa, the girl who eventually became one of the most powerful Mughal queens—Nur Jehan, played by Charu Shankar. It is a beautifully made serial, with limited episodes, that does not give in to the over-dramatized style of most historical dramas on TV, and I sincerely recommend giving it a watch.

These are the series I know of, that are a much better fit for the woman of today, someone who is independent and outspoken. I have greatly enjoyed watching them and would love to know your thoughts about these and any other web series that you may have watched.