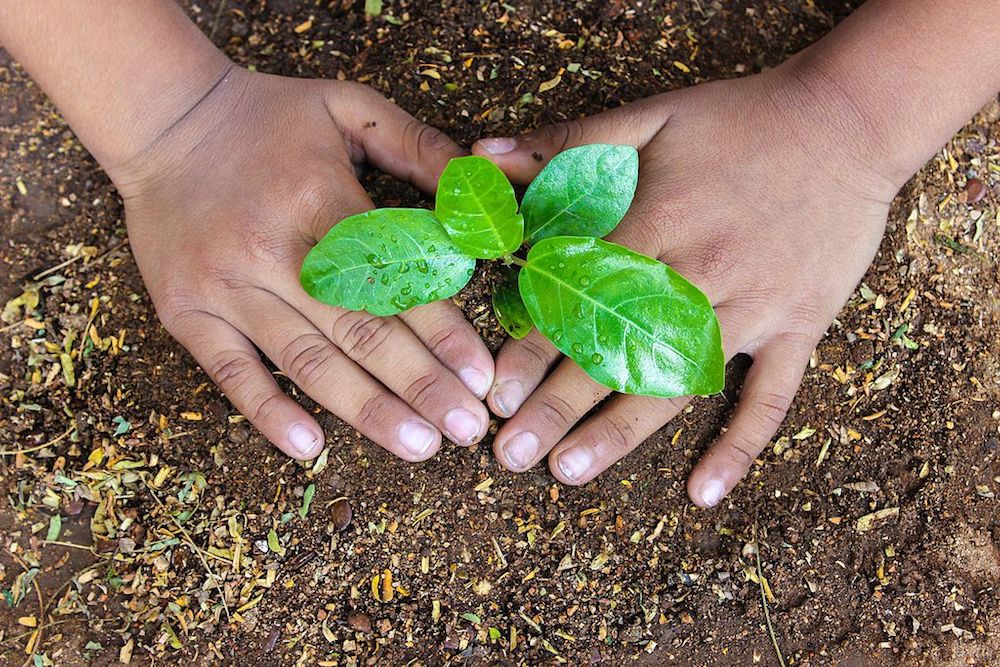 It is a simple thing to sow the seeds of gender equality in a child’s mind and nurture it into a thriving tree. Just imagine, if all parents pledged to do this!

“We all sit down to poo,
And we lay down to die,
I will not look down on anyone,
Though they may cast a shadow over me”
… writes Colin Cameron, a poet and a granddad from the United Kingdom. He adds, “You can see there is no reference to gender in my text, just equality is highlighted…because that is how it must be.” And I totally agree with him.

Why do we continue to live in a world divided between ‘womanly things’ and ‘manly tasks’…generation after generation? Because we have been brought up like that.

So, the seeds of gender equality have to be sown in the confines of our homes to make sure they branch out in the right direction. How?

1. Don’t ignore your Princess for a Prince

Throw money and a life is done away with because she was a girl. Why? Because the mindset is that a girl can’t be the heir to the throne. How ridiculous and inhuman!

New Delhi, India based Gynaecologist Dr Krishna Agrawal appeals to one and all to shun the belief that a girl cannot be your heir. Mother to two daughters, Dr Agrawal says, “Why are people crazy for a son? I was not adamant about having a son and so aren’t my daughters. I believe and practice that my daughter remains a part of my family even after her marriage, few years ago. She is as responsible for me and my well-being as much as she is responsible for her in-laws. It applies to the grandchild as well, he/she is as much the part of the maternal grandparents as of paternal grandparent. And it is you who has to fight for the right of your girl child. No one else can do it, as she is part of your body, your soul and your heart.”

Dr Krishna Agarwal is a fertility expert and is flooded by couples asking for ‘medical tricks’ to have a son! She shows them the door.

I have shunned the mental mould: ‘Pink is for Girls and Blue for Boys‘.

IT expert couple from Holland, Mishuti and Mukund Khurana found it pretty ridiculous that even in that European nation which talks of so much gender equality, they couldn’t find clothes except in pink or white for their newly-born daughter Raya. With no option at hand, they did minimal shopping from Holland and rest from the US during a holiday later.

Mishuti is an engineer in Holland who believes, “Gender inequality is one of the most hideous crimes which has seeped through our culture taking different forms. Parents thinking that their son is the insurance policy of their old age and therefore should get more privileges than their daughter who is a ‘paraya dhan’ meaning someone else’s wealth.

We are letting the stereotypes go on and on. Girls do so much extra, still they are labeled as the weaker sex. In certain parts of the world, women are paid less at work for doing the same job as men, while in the other they are not allowed to work at all. All this hides behind the word ‘culture’. And we need to end this…like RIGHT NOW!”

One of my friends, and mother to teenaged Zohran Ahmed decided that no stereotypes will enter her house. How? She says, “Zohran has always seen his dad and cousin brother active around the house. Arman is an amazing father and a source of inspiration to Zohran. As a toddler he would pick up a piece of cloth and wipe the table. We as parents use to smile and watch him. If he would fall we would never create a ruckus; instead stayed calm. He kind off picked it from there. Fuss free and chilled out. He had seen his father, maternal grandpa and cousin brother cook so he was always interested. He cooked the first time when he was 7 with few instructions and my help. He dished out an egg curry. He was taught from the beginning to be independent and self-reliant. It’s not just a gender based issue . It’s a matter of raising a responsible and independent person.” Zohran smiles with pride, looking into the dish he is churning out on fire.

3. Same rules for Boys and Girls

My neighbours make sure that if they want their teenaged daughter to be home before 9pm, the same is practised by their elder son as well. How? At home get-together is welcome anytime with their friends! And if the boy does a night out, he has to make sure that his sister is taken care of…by him, when she wants to do the same.

Sapna Bakshi, who works in Bangalore, India at JobsForHer writes to me, “We should instill the same values in our boys as we do in our girls. They also need be sensitive towards their women, respect their feelings and independence too. I am ensuring my son learns the basic chores of the house. He needs to be as independent as my future daughter-in-law.” Sapna is mother to a six-year-old boy. At JobsForHer she helps women restart their career after a break.

Psychologist Shabana Siddiqui puts it this way,  “I have two sons and I will train them to be individuals first, boys later. I will focus on Gender Sensitivity. Give them the right to express and cry. Give the responsibility of family overall and not just earning. Train them with babysitting. He’ll be a good father later. Let them feel it’s ok to do some ‘girl’s task’ better than the girls. They’ll be better sons, better brothers, better husbands and better fathers. They’ll be better humans.”

Sapna Bakshi adds, “Boys should also be taught the meaning of Yes and No. Teach them: Look after your wife who left behind everything for you and your family.”

5. Throw the Housewife tag, you are a Home Manager

Maninder Brar, a Ludhiana, Punjab based educationist took up the full-time responsibility of her house once her daughter was born. Reason being her husband Amritpal Singh, a Captain in the Merchant Navy, is always on the move. She frowns at being called a housewife. “I am not; I am a home-manager who at times works 24 hours a day to ensure everyone in the family is happy. So don’t call me that, treat me equal as I deserve it, each woman deserves it.”

Maninder adds, “For me gender equality is about taking turns. We the family, a child’s very first school need to inculcate these values right from the beginning.” Her six-year daughter Manleen chuckles in the backdrop playing football, “I will be a Merchant Navy Home-manager.” And you smile and know the right values are going in.

6. Mutual respect is a must, respect her

Mother of two toddlers and owner of H2O Communications in New Delhi, India – Divya Bhatia is of the opinion, “Charity begins at home so gender equality also needs to start from home, but unfortunately it does not happen. Equality in education is still in a better shape but not in a state to be proud of, especially in the lower section of the society. Gender equality issue is way bigger than what we know. And high time it is commanded in every aspect of life, every means EVERY. And change has to begin from us, because if you can’t command you can’t demand.”

My maid Sunita Dash, at her own will, accompanied me through most of the above interviews. She wanted to learn from us. She isn’t educated, but despite struggling with a drunkard husband is ensuring her three daughters go to school. “I have understood, I wasn’t treated equal, as to some extent you can assert your right with the might of vision provided by education,” says a beaming and hopeful Sunita. She takes pride in the fact that she has brought up her younger brother to be a good human being, who treats her newlywed as a partner. Sunita adds, “Life is beautiful if you share the load, whether in my society or yours. Women just need respect and love for what they do and who they are.”

Writer and Sufi-at-heart entrepreneur and father to charming four-year-old Kohinoor Gautam, Kapil sums up, “Gender respect is enough…both genders should learn to respect each other. Equality pressurises…respect inspires. Share mutual respect and keep the bond beautiful.”

In short, equal is good but mutual is better!

So, what are your views?

Image source: By Robbieross123 (Own work) [CC BY-SA 4.0], via Wikimedia Commons, for representational purposes only.

Feminism Begins At Home. Parents, Are You Listening?