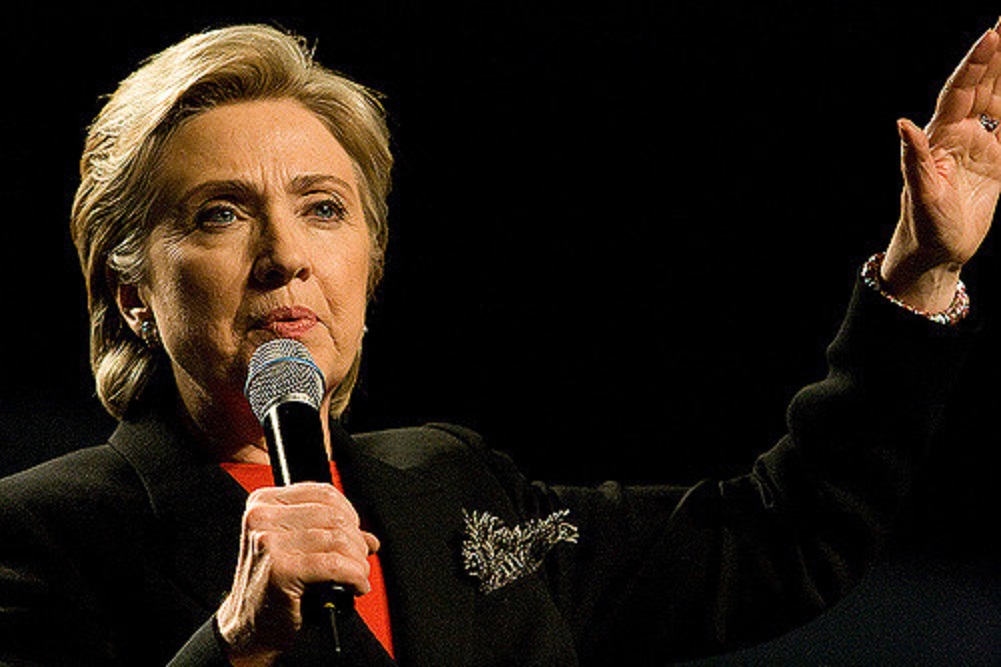 Hillary Clinton is the first woman nominee for the US president, a perseverant and ambitious woman who has shattered multiple glass ceilings along the way.

Hillary Rodham Clinton has many firsts to her name besides being the first woman nominee in a US presidential election. Hillary has been the first woman to become a partner at Rose Law firm in 1979 and the first First Lady to have a professional career.

Hillary also had to go through the same life cycles like any other working woman. Adjusting and changing jobs or relocating places after getting married, slowing down to look after a young child and putting your own career and ambitions on hold to support an ambitious husband’s rising career.

Hillary Clinton has done it all. Most working women go through these stages but very few are able to realize their full potential as evident in scant numbers of women occupying top offices in any stream. Very few women are able to break the hardest and highest glass ceilings and storm into the boardrooms or topmost offices. Hillary has done it and women across the world can learn some very valuable lessons from her life journey.

It is never too late

Woman have to make compromises in their balancing act between family and career responsibilities. Many a times, a woman takes a break or if lucky, keeps the job but intentionally slows down her career progression by refusing opportunities which would create a conflict in her personal life.

This conflict could also push a woman to take the hardest decision of choosing between career and family because both sometimes can’t exist together. After a long break, many women think that it is too late to go back to work or that they are too old to go back to study to re-skill and advance their careers.

Hillary has proved that it is never too late to pursue your dreams. Hillary is running for US presidency at an age when most people are retired and living a relaxed life. She knows she is not at the peak of her physical strength and age is on the wrong side, but this doesn’t deter her. You have one life and it is never too late if you are ready to work hard to fulfill your dreams and aspirations.

The importance of self belief

To believe in yourself and to dare to dream are at the heart of many success stories. Women need to have the courage and determination to keep pursuing their aspirations and to not give up. It needs immense self belief, hard work and emotional strength to keep going on through everything life throws at you and not give up on your career aspirations.

Hillary has reinforced that what matters most is to believe in yourself when it feels that no one does. The world is full of doubters and skeptics but the most important thing is to never doubt your own capability and to have that infinite reservoir of self-confidence to pull you out of any crisis in life.

To not out yourself from the race

This is one of the key reasons why many women are not in top jobs in corporates or elsewhere. Before anyone does, women put themselves out from the race. Somewhere the prejudice that women are somewhat less capable than men has affected women’s self belief and women deny themselves those top jobs by choosing to not go for it.

There aren’t many women in boardrooms or in presidential race primarily because very few women even dare to dream to reach that level. It is much more complex and harder to explain why it is so but the truth is that there are very few women who are even in race for these top jobs. To increase the number of women in top jobs, we first have to make sure that women don’t defeat themselves by not even taking part in the race.

Perseverance is the key

Never give up. It is one virtue which outdoes everything else. Sometimes just not quitting and hanging in there can lead to outstanding results in long-term. Many thought Hillary’s career was over long time back. She has not let many setbacks such as past failures, public humiliation at her husband’s scandal and personal attacks on her looks, stamina, age, integrity affect her pursuit of her goal.

For a working woman, challenges come in all forms such as illness of children, spouse’s career needs, inadequate family support system, societal judgements and self doubts. Women have to be relentless and keep moving forward. The march can be slower at times but if you keep walking  you would reach your goal one day. Never ever give up on your dreams.

If Hillary is elected to be the first woman president of United States in country’s history of 240 years, she would shatter the toughest and highest glass ceiling. She would not only earn her place in history but also inspire generations of young girls in America and the world beyond.

Hillary Clinton – Just An Advocate Of Women’s Rights Or A Lot More?

Clinton’s Defeat: Is It Her Loss Alone? And What Does It Say About Gender Inequality?

Diwali, From The POV Of An Indian Domestic Help, A Working Woman Too…