Society, Orgs, Individuals: All 3 Together Can Break The Glass Ceiling

While strategies such as Lean In focus on individuals, the glass ceiling breaks only when society, organizations AND individual women come together. 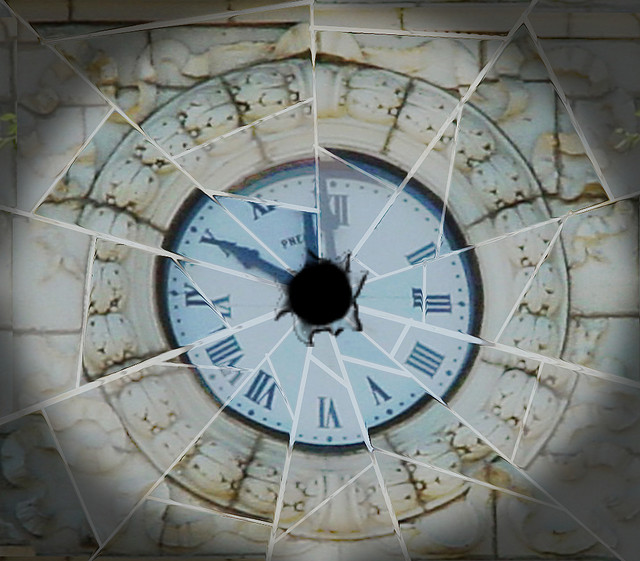 While strategies such as Lean In that focus on individuals do help, we can only break the glass ceiling when society, organizations AND individual women come together to do it.

“It’s difficult to see the glass ceiling because it’s made of glass. Virtually invisible. What we need is for more birds to fly above it and sh** all over it, so we can see it properly”

The “glass ceiling” was a term coined in the 1980s. It is basically a metaphor which refers to the intangible barriers to a person’s chances of upward mobility in the organizational ladder. The people who face such obstacles belong to some minority (gender,ethnicity, race etc) group in the organization.

For a lot of women,the glass ceiling is a professional reality that they have to deal with on a daily basis. Many researchers have studied the gender gap prevalent in the Corporate world and the various ways it manifests in women’s lives. It often seems to appear in terms of the unequal pay they receive or the skewed promotional chances they have in the office,and sadly, gender based discrimination tends to penalize women in ways that are often subtle and ergo cannot be directly fought against.

Many gender specialists and researchers have talked about the fact that these professional obstacles mostly occur due to societal and organizational barriers,which restrict the promotional chances of a woman employee in an organization. At the societal level, there are certain patriarchal norms and (unsaid) rules and regulations which arise out of years of gender based conditioning and are harmful for women workers.

Women employees have to tackle dual responsibility of the workplace and their homefront. The patriarchal division of the public and the private spheres dictates that men should typically handle the outside activities whereas women are responsible for managing their homes. Women who also earn their living have almost no support systems in place that can help them deal with both these (oftentimes mutually exclusive) spheres.

Even if these working women were to hire maids to handle house related chores for them, they still are expected to supervise the activities of the maid, thus, indirectly being responsible for the household as well. The man of the house is rarely expected to care about these tasks and can concentrate on his paid office work easily. It then becomes difficult for women workers to maintain a healthy work-life balance.

Additionally, in a lot of countries like India, we have the South Asian syndrome in place,which refers to the heavy patriarchal rules and regulations and various regressive dictates that hold back a woman from moving beyond the private sphere.

How and why Gender Bias exists at work

At the organizational level, gender inequalities surface in many ways. We need to remember that organizations are not present in a vacuum and are an active part of the society in which we live. It is therefore obvious that many societal biases often seep in through the organizational mindset and setup as well.

We need to remember that organizations are not present in a vacuum and are an active part of the society in which we live. It is therefore obvious that many societal biases often seep in through the organizational mindset and setup as well.

In the Corporate culture, men are seen still as the “norm”,whereas women are the “aberration”. Men outnumber the women employees and this often results in a lot of male in-grouping in work teams, such as between the male boss and the subordinates, who seem to share a lot in common and oftentimes this ends up benefiting their professional relationships as well.

All this can easily intimidate the women.Women workers often find that there are a lack of good role models and mentors for them in their professions. Apart from this,even the organizational setup and spaces are gendered,which make a woman feel out of place and alienated on many levels.

We often find that there is a gendered distribution of work that takes place. Women are relegated to soft assignments that require emotional care and labour, due to the often erroneous assumption that they are better at it.Women team leaders face a lot of insubordination and are often called bossy and domineering, when all they are doing is their jobs. This kind of thinking is a direct result of the gender roles that are in place in the society.

A lot of people have talked about the fact that women need to be more assertive and push their careers ahead themselves since societal changes are uncertain. Sheryl Sandberg,the CEO of Facebook, insists on women using the “Lean In” strategy, which states that women need to be more aggressive and grab whatever career opportunities come their way. But,this might not be so effective if we re-consider the fact that people do not exist in a vacuum and society has a huge impact on their lives.

Women workers all over the world often end up putting in more amount of work just so that they are taken seriously and not easily dismissed as usual.

When one of the most accomplished women in the world, Indra Nooyi, says that women (still) can’t have it all,we need to take her statement into serious consideration. Women workers all over the world often end up putting in more amount of work just so that they are taken seriously and not easily dismissed as usual. They have to make many sacrifices and often times keep up the constant self motivatory talk,since motivation from outside is hard in coming.

Although it sure might be difficult to break the glass ceiling, but it is definitely not impossible. All the three levels – society, organizations and the individuals – need to put in some amount of work and a gender neutral work place might soon be a reality. Organizations should try to be more understanding to the unique issues women workers face in their day to day lives and install better support systems and feedback mechanisms that are employee responsive.

Apart from this, it has been observed that just the sheer awareness of gender based inequalities and discrimination taking place in an office environment can go a long way indeed. People themselves can evaluate their own behavior and act in more responsible ways (like say checking oneself while making sexist comments etc.)

We need to remember that more and more women are actively joining the formal workforce and so it becomes very important for offices to incorporate gender inclusive policies and ensure a discrimination free work environment.It would be really unfair to call women workers unmotivated if regressive and harmful stereotypes and norms are still in place.

An engineer. Has worked in the IT industry for a while and then decided to move to the social sector. Interested in feminist and sex positive ideas/praxis. In all, wants to live a life read more...

New Year Resolutions For Women That Are Truly Empowering

Dealing With Nasty Comments Online: What You Can Do!

Different, Not Sick : What You Should Know About Asexuality

Is Mob Justice The Right Course Of Action?

Women And Technology : Held Back By Patriarchy?