Sexism in Indian workplaces is serious and can drive away valuable employees. Take action proactively and ensure true inclusiveness. 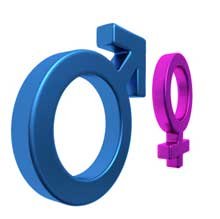 Sexism in Indian workplaces is serious and can drive away valuable employees. Take action proactively and ensure true inclusiveness.

Shalini Singh*, 31, was working with a reputed IT firm in Bangalore when she had firsthand experience with not only a MCP boss but an entire team of MCPs. “Several male colleagues passed sexist remarks and off-colour jokes that made me uncomfortable. At first, I ignored it. But after a point when I couldn’t take it anymore I set up a meeting with HR. But the way things were handled left a lot to be desired”, reminisces Shalini, four years after events that eventually led to her resignation. After a few one-on-one meetings with both parties involved, Shalini was asked not to take things too seriously and told that the comments were only jokes. Disheartened and hurt, Shalini first switched teams and within the year quit her job. “I just couldn’t get past how my humiliation was taken so lightly,” she says.

Sexual harassment at the workplace

What Shalini endured was not an isolated incident, but an example of a common enough phenomenon – sexual harassment – and contrary to what some may think, it is alive, at white collar workplaces too, despite most employees being highly educated. There are two principal forms of sexual harassment; one is the Quid Pro Quo, wherein sexual favours are demanded in exchange for a promotion or a job benefit, and the other kind, where sexist behaviour creates a hostile work environment. At heart lie deep-rooted beliefs that view women as primarily sexual objects.

Besides harassment, sexism can also manifest itself in other ways. Tina Makhija*, 27, a consultant, learnt that certain “prestigious” projects only went to her male colleagues. When she brought it up with her manager, she was told, very casually, that on certain sectors, such as high-tech manufacturing, men had a better grasp.

For Veera Patel*, a copy writer in a Delhi ad agency, it started innocuously with the ritual of going drinking after work every Friday night. Her boss explicitly invited the men and left out the women in the team. Over time, it was these men who got international placements, better accounts and quicker promotions. “It was such a sordid cliche!” Veera fumes, “such presumption and paternalistic condescension was very off-putting!”

Naina K*, a senior HR manager with an advertising agency in Mumbai, shares some best practices on dealing with sexist behaviour, for employees as well as employers.

•The first step is to talk to the responsible parties to let them know that their behaviour is unacceptable. If they pay no heed to your concern, it’s time to take action.

•Put in a formal written complaint or set up a meeting with HR to discuss the matter and share your opinions openly.

•HR will then conduct investigations and talk to all involved parties, both separately and, if need be, together.

•If the matter at hand isn’t particularly severe, the perpetrator is asked to apologise in writing to the injured party and in some cases the apology might be sent out to the entire organisation or immediate team.

•In serious cases disciplinary action is taken against the responsible person.

•In more severe cases the perpetrator may get fired.

While HR personnel need to handle instances of sexual harassment with sensitivity and compassion, the truth is that company policy varies from one organisation to another, with many organisations in India not even having much of a policy. Indian laws on sexual harassment in the workplace are very nascent. The Vishakha Judgement, passed in 1998, was a tentative first step. This judgement declared that sexual harassment is a violation of the fundamental right to work and the right to live with dignity. Though ground-breaking, its implementation leaves a lot to be desired.

Handling sexism requires not just delicacy from HR managers and a lot of soft-skills training but a commitment from senior management to evolve a truly inclusive work culture. A few organizations have begun including this agenda in their leadership development programs where managers are sensitized to various forms of sexism and encouraged to practice inclusion during and after work.

While the law needs to become more sensitive towards this pervasive problem, we, as a society, also need to be more compassionate towards women who are at the receiving end of sexism. “It’s worse for women dealing with sexist co-workers; the problem doesn’t register as a great offence for some. As though one needs to be touched inappropriately to be harassed,” says Sakshi T*, HR manager for a large consulting and accounting firm in Mumbai. When it comes to the aftermath of sexist comments, nothing rings truer than these wise words from Dr. Martin Luther King Jr., “In the end, we will remember not the words of our enemies, but the silence of our friends.”