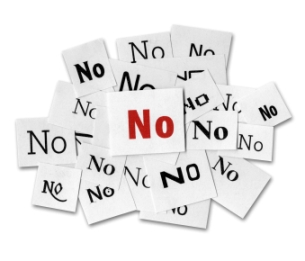 Working women in India often find their concerns about sexual harassment dismissed as trivial. Learn what is workplace harassment.

At different kinds of workplaces, including the so-called ‘elite’ or corporate ones, many women experience uncomfortable episodes which they’re not sure really “qualify” as harassment. With workplace sexual harassment laws in their infancy in India, almost every woman has some such story to tell, but one that is rarely told openly – for various reasons. In some cases, it is sexual harassment but there is no direct physical contact or explicit demand for sexual favours; instead – the woman faces a stream of suggestive innuendo, inappropriate jokes and talk. Other forms of workplace harassment might be non-sexual but sexist nevertheless – such as keeping a woman out of a project, making derogatory remarks or decrying her capability to handle tasks based on her gender.

If the woman tries to take this to the boss or make a formal complaint to the HR Department, few companies in India take this seriously enough to act on them, though according to the HR professionals we spoke with, this is definitely changing. To help us all acknowledge that harassment exists in many forms, not just the physical, we spoke to a few women in the workforce for their stories.

“There was an idiot I once worked with who was always acting fresh with women. Once, I was talking to other colleagues about taking a train home over the weekend and how I had no reservation. The man winks and says, you can share my berth. I was too young and new at work to complain to HR but I did turn around and say, ‘Do you think that is funny? I think it’s just offensive.’

He didn’t ever try it with me again and I stayed away. But I know he was always being inappropriate with other women. This type just push their luck to see how far it can go.” Like Saloni, some women find that such offenders stop if rebuked; not all do though, and if it continues, no matter what people may tell you, remember – it is not joking, it is harassment.

“At one job, a senior person on my team went out of his way to exclude me from the project. He could not keep me out entirely so he resorted to feeding me half-correct information, letting me work on portions that were being done by other people so that I would end up wasting my time on work that would eventually be junked. He’d put me down, jokingly, in front of the team so that if I objected, even smilingly, I looked like a bad sport. Eventually I looked like a bad sport who couldn’t or wouldn’t keep up with the team.

I spoke to seniors who had some idea of what was going on but were in no position to help me out. Eventually I had to leave the company, although for unrelated reasons. I was relieved to be out of such a stressful situation and took great pleasure in informing the owner of the company of exactly what that employee was up to, in my exit interview.”

While documenting one’s contribution to a project or activity may help in such cases, it is difficult to get back on track and be included fully unless senior managers step in and issue a warning to the offender.

“In my last company, there was this man, who was not my manager but whom I used to indirectly report in to. This guy got himself introduced and became quite chatty over the instant messaging system within our organization. I was being polite and used to chat when I had time. With time, his IMs became really weird. He would tell me that we really needed to spend time to build our friendship or that we should go out for lunch, just the two of us so that we could talk freely and so on. I replied by saying that I am too busy for any new friends. I later found out that this guy always hit on other women in the organization in the same way.”

In such cases, most women feel that they will be perceived as ‘troublemakers’ if they take such ‘minor’ instances to the authorities. While there may be nothing wrong in a man asking a female co-worker for a date, a manager repeatedly asking a subordinate to go out with him should not be confused with that since it involves an exercise of power.

While there may be nothing wrong in a man asking a female co-worker for a date, a manager repeatedly asking a subordinate to go out with him should not be confused with that since it involves an exercise of power.

Other forms of workplace harassment

“This happened when I was pregnant. The company’s medical director dropped his computer and broke it and due to accidental damage, the computer company was being very thorough in their assessment of our claim. He got frustrated and jokingly (but also half seriously) threatened to tighten my scarf around my neck more than once, and used derogatory language in front of others another time. I reported the harassment to the IT director, who then took it to the HR director. I understand that the medical director was reprimanded though I never received an apology. But his behaviour stopped after that.”

Another form of harassment is the formation of the all boys clique, keeping women co-workers out of the loop. Says Cee Kay, “Another colleague faced severe harassment in the form of blocked access to servers we needed to work on and being kept out of projects and meetings. A few ‘boys’ in our group formed a coalition to hinder her any which way they could. She complained to our supervisor who gave them token warnings. Then she took it to the IT director who couldn’t do anything effective to stop it either. So then she took it to HR and HR pulled up everyone – from the ‘boys’ to our supervisor to the IT director – the latter two for failing to stop this harassment.”

In the US (where Cee Kay is based), workplace law is a few steps ahead of us and companies do take harassment very seriously – if not out of desire to have a progressive environment, at least for fear of being sued! Things are improving here in India too, albeit slowly.

Pranoti Dutta*, Assistant Manager, Human Resource Development with a Telecommunications firm says, “Many companies, especially multinationals have stringent procedures in place and clear terms of behaviour prescribed. Even if someone comes to HR with a verbal complaint, an inquiry is conducted independently without naming the complainant, and on basis of the inquiry, either a warning is issued to the offender, or stricter measures taken depending on the extent of the harassment. Of course, in extreme cases, there are three rounds of inquiries before the matter goes to the board and the offender can even be suspended.”

While individual responses will differ, it is true that harassment of any sort rarely goes away unless tackled. Only with more women bringing it up will this issue be taken seriously.

How I Fought Sexual Harassment At Work