Different, Not Sick : What You Should Know About Asexuality

As a part of Asexuality Awareness Week (26th October to 1st November 2014), this article is an effort to raise awareness about asexuality, and dispel the common myths associated with it.

As a part of Asexuality Awareness Week (26th October to 1st November 2014), this article is an effort to raise awareness about asexuality, and dispel the common myths associated with it.

Asexuality refers to the lack of an intrinsic desire to indulge in sexual intercourse with another person.This does not mean that asexuals, also known as aces, cannot seek intimate relationships and are orientation-less. It simply means that they may or may not prefer romantic relationships over sexual ones.

There is a lot of misinformation and plenty of myths attached to this concept. Therefore, aces may often end up feeling alienated and mocked in society. It is, thus, very important to increase awareness and build a vocabulary about asexuality in mainstream media.

For starters, asexuality is different from abstinence or celibacy, which basically refer to a choice by a person to avoid sex for personal reasons or religious beliefs. In fact, a lot of asexual people may choose to have sex (whether they like it or not) for many reasons – which may include a conscious desire to please their partner(s) or to have children. 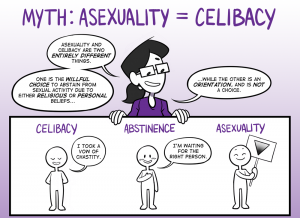 Asexuals may also differ from each other by the way they define and live out their relationships. In reality, a lot of aces may fall under a spectrum called Grey A which contains a whole range of activities. For instance, there may be aces who may have sexual intercourse but very rarely or not at all. Some may even experience libido and sexual attraction, but not strong enough to act on it. 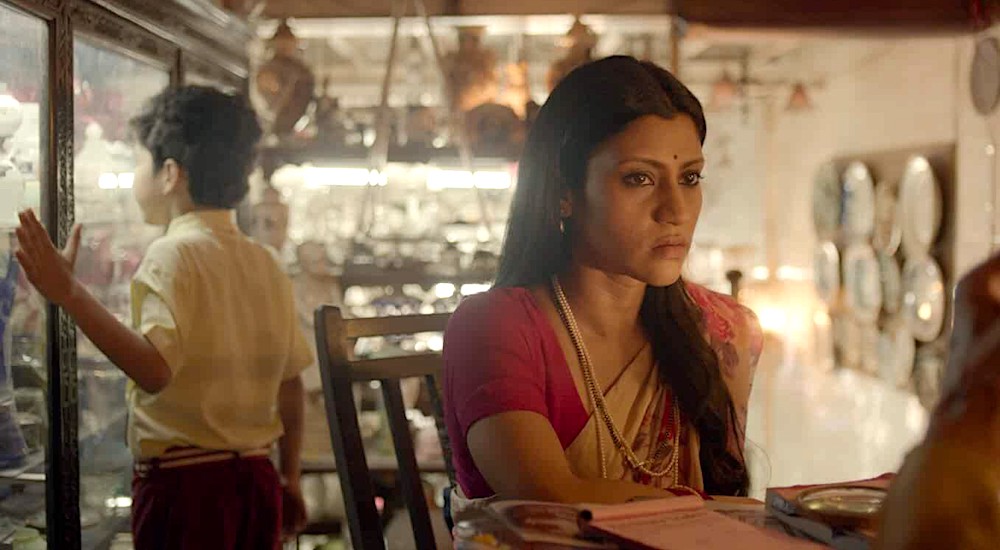 Demisexuals fall under this spectrum – they experience sexual attraction only when they establish a strong emotional relationship with a specific person. Some aces may even feel an aesthetic attraction and even desire physical intimacy in the form of hugs, kisses, etc.

Lastly, there is nothing wrong with asexuals, be it biologically, hormonally or emotionally. Asexuality is not a pathological condition, and needs no treatment. However, it is important to note that often “research” can be used to justify problematic ideas that are in fact highly socialized.

We need to consider the fact that homosexuality was once seen as a psychological ailment by many respected scientific institutions such as the APA (American Psychiatric Association) till the 1970s. In the same manner, asexuality is mistakenly regarded as a disease and something that needs to be treated or corrected. The amount of physical and psychological abuse and violence faced by aces is harmful to their self-worth and confidence.

Asexuals need to embrace themselves the way they are, but more importantly, the rest of the society needs to adopt a sensitive attitude about the unique issues faced by them.

Become an asexual ally and engage in a positive and useful conversation about the topic!

An engineer. Has worked in the IT industry for a while and then decided to move to the social sector. Interested in feminist and sex positive ideas/praxis. In all, wants to live a life read more...

New Year Resolutions For Women That Are Truly Empowering

Dealing With Nasty Comments Online: What You Can Do!

Is Mob Justice The Right Course Of Action?

Women And Technology : Held Back By Patriarchy?

Women As People: Not Just Mothers, Daughters, Sisters, Or Wives!

Indian, Asexual And Feeling Alone? Here’s A Community For You!

If your answer to any of the above was yes, I urge you to read on. Because asexuality is none of these.

Think That Love Minus Sex Is ‘Just Friendship’? Think Again!

Asexual love has a right to having a Valentine too! Grace Singh, who runs Indian Aces for asexual couples writes.

Asexual love has a right to Valentine’s Day too! Grace Singh, who runs Indian Aces for asexual couples writes.

Come Valentine’s Day and there’s a barrage of inescapable mushy messages and romantic imagery one must put up with everywhere, from malls to restaurants to the email inbox. But did you ever notice there’s a pattern to all of this? For example, what’s the image that comes to your mind immediately as I say the word ‘couple’? If it was not an attractive girl laughing with a tall handsome guy in beautiful sunlight on a park bench, you deserve a cookie.

Our understanding of ‘love’ itself is vastly heteronormative. A typical, ideal, or worse, ‘normal’ love story goes the exact same way for a majority of the population. A girl and a guy meet/see each other (online or offline). They feel attracted to each other and at least one of them decides to pursue it based on their attraction. They fall in love, eventually marry each other, and have children. This is the happy ending. In such a scenario, the love story typically commences with physical attraction between the guy and the girl, followed by romantic attraction and love. The culmination of romance is typically expected to be sex and the culmination of love, the marriage, with their children being the ‘pyar ki nishani’.