Why do women need mentors? Read on to learn how you can reach career goals with the support of a mentor.

What do you know about mentoring? Read on to learn how you can reach career goals with the support of a mentor.

This is part 1 of a 2-part series on mentoring and covers an introduction to mentoring as well as mentoring for women, and how to find a mentor.

In a 2009 survey conducted by KPMG (PDF) across 104 top management personnel, male and female, working in different sectors, a good 91 percent of respondents felt that mentoring and training would play a significant role in developing and fine-tuning leadership skills.

Mentoring – a much heard term of late, but how is it really different from discussing one’s problems with well-wishers?

What Mentoring is, and isn’t

Mentoring is an advisory activity where a more experienced person takes someone less knowledgeable under their wing and grooms them in their chosen profession. Prof. Nandini Vaidyanathan who teaches entrepreneurship in business and engineering schools around the world and Co-Founder of Startups and CARMa both of which mentor entrepreneurs, writes in the Aug 2010 issue of Entrepreneur on Mentoring, “There is no dearth of people who give you advice. But they are all not mentors. Mentors are those who hand-hold you to make sure that the advice they give you is actioned successfully. So it is advice with accountability.” 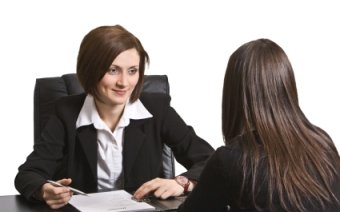 How To Make Best Use Of A Mentoring Program 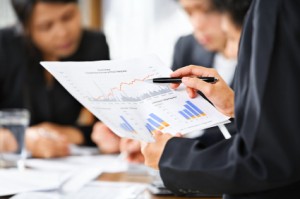 What I Gained From Mentoring

Advice with accountability is key. A mentor has an interest in seeing the protegee or the mentee grow, whether personally or professionally.

Advice with accountability is key. A mentor has an interest in seeing the protegee or the mentee grow, whether personally or professionally. In corporate India, we’ve seen Chanda Kochchar grow to CEO of ICICI Bank thanks to not just her hard work but the guidance of her mentor, KV Kamath. To quote KV Kamath on how she was groomed for the leadership position at ICICI, “Whatever mentoring had to be done was done a priori. Every person who has come into an office of responsibility was in a way groomed not exactly for that job but for that leadership.”

In other words, mentoring is usually a process with a long-term aim, not just training for a specific job or skill.

How mentoring can help (and help women in particular)

A 2006 study titled Women Managers in India that explored key issues for female Indian managers in service and manufacturing industries concluded that major barriers to women’s advancement to corporate leadership included the lack of mentoring of women and an inhospitable corporate culture.

Very often women break into senior management, but are unable to reach the very top because of mindsets within the company that consider critical leadership positions best suited for men; instead, women get moved to functions like HRD or administration that are often thought of as “support” functions. Here’s where a mentor can be very useful. A mentor at the top management level who recognizes an employee’s potential can give her opportunities to prove herself and recommend her for critical positions when they open.

Says Sairee Chahal, “It really helps to have a mentor if one is in a creative field or in a field where the degree of risk, competitiveness and scale is high. Almost all great artists have had a very good mentor and the same applies to entrepreneurial successes.”

A mentor at the top management level who recognizes an employee’s potential can give her opportunities to prove herself and recommend her for critical positions when they open.

Mentoring can be informal, in that a mentor-mentee adopt each other by virtue of becoming acquainted either through social networking or at the workplace, or they may be assigned to each other in a more formal set up as is present with some companies in India.

Some companies assign mentors to new recruits to ease them into the work culture of their organization and to develop or refine career goals. Sana Salam, Senior Features Writer for Entrepreneur magazine says, “My mentor was my editor in 2008, and we were a two-member team! I was a relative newcomer to the industry so I think she took it upon herself to guide me all the way through… In terms of providing career guidance, having a mentor was immensely important. Up until then, I had little clarity on what I was looking for.”

Sujata Dev, Jt. MD Third Generation Mobile Pvt Ltd and Co-Chairperson ASSOCHAM Entertainment highlights how mentoring can work at different stages of a person’s career. She says, “At the senior level it helps to keep knowledge refreshed and focused. In mid-level it keeps the motivational level high. At entry level, the mentor helps to imbibe the culture of the present organisation.”

Mentoring can also help entrepreneurs gain access to networks (including sources of funding) that may otherwise remain closed to them.

Where to find a mentor

Some companies have begun implementing mentoring programs where a senior employee mentors one or more subordinates. Often, the mentor may not be the immediate boss, to avoid excessive focus on day-to-day issues. If your company does not have such a program, you could request for mentoring from a senior person you are comfortable with and who you know has your best interests at heart.

There are also groups working to create such opportunities specifically for women. Poonam Barua, Director, PAMASIA Global and Founder-Convener of one such organization, WILL, Forum for Women in Leadership (PDF), says, “…the WILL Mentees 2008 are from companies including Citigroup, Infosys, Tata Consultancy, Tata Power, ICICI Bank, Nokia, Indian Hotels, ONGC, Zensar Technologies, Bharti Airtel, Deloitte, KPMG, Dr. Reddys and others. We will continue the WILL Mentees batch of 2010 and 2011 onwards.”

Says Sairee Chahal, “Finding a mentor is becoming slightly organised and easier in urban entrepreneurial or professional set ups. Organizations like Fleximoms, TIE-Stree Shakti and Cherie Blair Foundation for Women have specific programs designed to create a bench of mentor-mentee relationships. Many companies today run internal mentorship program for their employees, in order to help them achieve their goals. However, it is still a nascent space.”

Stay tuned for part 2 (How To Get The Best From Your Mentors At Work) where we will be covering other aspects such as whether to choose a male or female mentor, how to use the mentor’s time and get the best value from mentoring programs.

Nandini Hirianniah, Co-founder of The Morpheus, a start-up mentoring firm talks about the excitement and challenges of entrepreneurship in India.

Nandini Hirianniah, Co-founder of The Morpheus, a start-up mentoring firm talks about the excitement and challenges of entrepreneurship in India.

Nandini Hirianniah is a pioneer entrepreneur who co-founded Madhouse Media, India’s first online/offline movie rentals company in 2004. Madhouse was acquired by Seventymm in 2007 and after working with the new entity for a year, Nandini moved on to create a start-up incubation and mentoring firm, The Morpheus with her co-founder at Madhouse, Sameer Guglani, and Indus Khaitan.