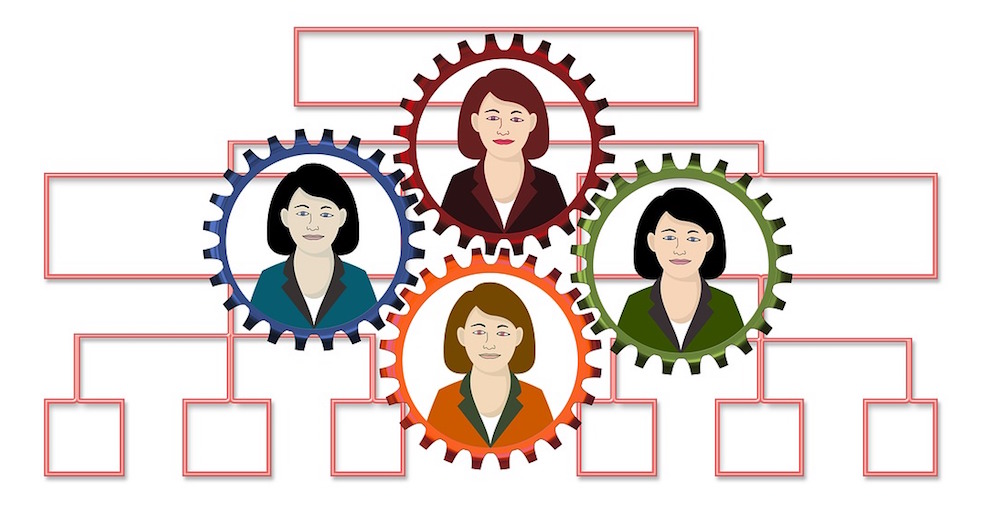 The research report headline itself tells what details we can expect inside, “In corporate America, women fall behind early and continue to lose ground with every step.” I must admit that as somebody who believes in championing the cause of women’s advancement at the workplace, I did feel depressed on reading those lines. Its 2017, we are talking about leisure trips to the moon, driverless cars, cutting edge technology in every aspect of life and women are still struggling to get ahead at the workplace.

I wonder, if this is the situation in a developed country, what can we expect in developing countries like India? Though we can see some women leaders in India specially in the Banking industry – Chanda Kochhar, Arundhati Bhattacharya, Naina Lal Kidwai to name a few – these are a handful of women out of the 1.8 million women working in the organised sector in India. What’s happening to the rest of the women working in corporate India?

This study throws some light on why we are not seeing more women at the top in the corporate world. The major reason is the decreasing percentage of women in the pipeline with an increase in the hierarchy level, as depicted by the graph below.

Key findings from women in the workplace study 2016

Here are some of the key broader themes as per the Women in the Workplace 2016 study.

# 1 On average, women are promoted and hired at lower rates than men, so far fewer women become senior leaders

Promotion rates for women lag behind those of men, and the disparity is largest at the first step up to manager—for every 100 women promoted, 130 men are promoted.

“Compared to women, almost twice as many men are hired from the outside as directors—and more than three times as many are hired as SVPs.”

# 2 At more senior levels, we see women shift from line to staff roles, so very few end up on the path to becoming CEO

By the time women reach the SVP level, they hold a mere 20 percent of line roles. This hurts their odds of getting the top job because the vast majority of CEOs come from line positions.

An expected reason behind this would be that women with children would find the dual responsibilities of a CXO position and home challenging but the startling finding that even women without children are not interested in top jobs suggests that there are far deep-rooted beliefs women have about themselves and how they see the top job and its challenges.

– Women anticipate a steeper path to the top. Women who aspire to become a top executive are less likely to think they’ll get there than men with the same aspiration—and more likely to worry they won’t be able to manage work and family commitments.

– Women may not think their ideas and contributions carry the same weight as men’s. This could be rooted in the different experiences women and men are having in the workplace.

At every stage in their careers, women do more housework and child care than men—and there appears to be a link between the amount of work people do at home and their leadership ambition.

“Women in senior management are seven times more likely than men at the same level to say they do more than half of the housework.”

It is a very important study and companies across the world should look at it carefully and design their gender equality strategies. Actually, more than the plan, the bottleneck as always is implementation of the plan. Though gender equality at the workplace is high on priority of CEOs, it slips away from the list when it comes to implementation.

Companies have an important role to play in enabling society at large to achieve gender equality by working sincerely towards achieving gender equality at workplace. A fairer, more inclusive work environment will lead to more engaged employees. A more diverse workforce will lead to stronger organizations which would lead to better business results. The longterm benefits of gender equality at work go beyond companies and employees by not only strengthening the world economy but also making the world a fair and just place for half of its population. It is a worthy goal to go after!

You can read the complete report at link below: https://womenintheworkplace.com/

A Woman On Maternity Leave Is NOT On Holiday – Is Gender Diversity In Corporates Still A Myth?

Sacrificing Jobs And Dealing With Twice The Work, The Pandemic Has Affected Women The Most

Should Empowerment First Begin At Home?