Just Being A Woman In India Is Enough For Being Harassed On Streets, And Shamed For It!

Women in our society cannot even contemplate walking down a street without being subjected to stares, whistles, or some sort of street harassment. An insightful post. 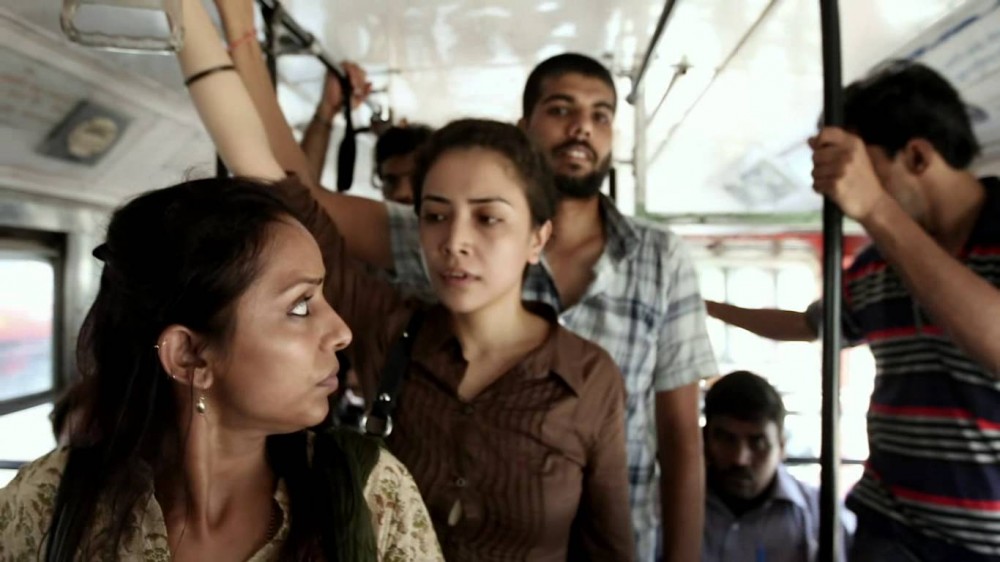 Women in our society cannot even contemplate walking down a street without being subjected to stares, whistles, or some sort of street harassment. An insightful post.

Today, as I came back home from my day at my internship, I couldn’t get any transport, so I decided to walk down the street. I knew how it would proceed from here.

A group of two men would stare at me, their gaze raking over me, a motorcyclist would pass too close to me. Men on bikes might just choose that very moment to whistle and hoot because I was obviously a mere object that bore semblance to those artefacts you find stationed in places! An ornament that you scrutinized over and over again, an item out of place that just didn’t blend in with the surroundings so you subjected her to your merciless, abominable, hypocritical stare. An action which if redirected to your sisters and mothers would render you ‘dishonorable’ and make them complicit in the crime by default.

Because that’s really just how fragile you ‘honour’ was. Because when instead of minding your own business on your way back from work, you decided to grope a woman in the street the other day, your dignity wasn’t in jeopardy. Because your honour is defined by the actions of the women in your household, not by the utterly indignant activities you indulge in every second of your life.

After all, you’re not the one to be blamed for it because women who walk around like that deserve to be ogled at. Because you yourself are so naïve and credulous by virtue of the fact that you’re a ‘man’, that you can’t help it when these shrewd, demonic, predestined-to-hell women tempt you by their mere presence in the street. Because every woman who decides to walk home alone practically begs for such attention towards her, because every woman spotted in a public place is inherently ‘bad’.

So with an unwavering sense of superiority and your firm belief in the fact that you’ll get away with anything and everything you do by virtue of the fact that you’re a ‘man’, you continue to indulge in the depraved behaviour that you got acquainted with at the tender age of 10 and have mastered by the age of 20.

And in response to all that I am subjected to, I only hunch and quicken my pace as I walk down my street. Why, you ask? Because this is the only course of action that is in conformity with my upbringing. Because my mind has been conditioned to stay silent every time this happens, because the notion of ‘silence equates modesty‘ has been so deeply engraved in my mind that I can no longer extricate myself from it.

It’s not that I’m scared. That’s definitely not it. Years of education has definitely taught me better than that. But every time I’m on the verge of standing upright, look at my harasser in the eye and hurl a string of insults at him, I stop one last time to weigh the consequences of doing so because I’ve been brought up to think that girls must remain overly cautious, a norm that boys wouldn’t even need to circumvent because it obviously doesn’t apply to them. They’re infallible individuals whose instinctive judgment and actions would never be flawed. Because everything they say or do on impulse in inevitably correct.

So just when I begin to ponder over the consequences of my prospective action, I’m reminded of all those lessons on how speaking up against harassment would only invite unnecessary attention. As if the fact that I’m a girl in a place where women supposedly shouldn’t venture doesn’t attract enough attention as it is. As if the strand of hair that inadvertently shows through my scarf isn’t enough to call for attention.

I’m told that if I stand up to the stranger who’s been ogling at me for ages now, I’ll end up creating a ‘tamasha’, a word which upon strict linguistic translation changes to ‘a circus’. And that if that happens, it is me and only me who will be responsible for the damage – the damage that I know implicitly refers to a possible infringement on my family’s honour. The fact that my conscience tells me to do otherwise doesn’t convince me to jeopardize my family’s honour because it is inherently tied to my silence over harassment. Isn’t it? Even if it wasn’t, I could never tell for I’ve been taught to not question existing norms.

So, I clench my fists, suppress any bouts of anger that repeatedly gnaw at me and keep walking. Seeing a middle-aged woman standing in front of her house, certainly assuages my concerns because I know that the motorcyclist, who has hitherto been following me, will cease to do so. So head held high, I walk into my street only to notice, from the corner of my eye, that the woman who I thought would provide me with an exodus from this misery, has her gaze transfixed on me with an expression I can’t quite register. The moment I walk past her, she fixates her gaze on me and utters a string of words that I know quote, “Pata nai kahan se aa rahi he.”  (Don’t know where she’s coming from). I am shocked, bewildered, my mind paralyzed to the extent that it becomes incapable of thinking.

To this day, I am unable to comprehend what precipitated such a comment about me – so I begin to mentally go through the checklist of norms that this society dictated to me the moment I entered my adolescence. I do this as though I’m subconsciously attempting to hold myself accountable for this, as if this society has conditioned my mind to look for flaws and signs of deviant behaviour within myself every time this happens. I reflect on the clothes I was wearing which constitute a long shirt, jeans and a dupatta that covered my head – which certainly conformed to the dress code that earns you the title of ‘modest’ and ‘pious’ in this society. Nor had I ever talked or met this woman before in my entire life and thus there seemed to be absolutely no basis on which she would make such disparaging references to my character.

And in that moment I realized that this society was not too keen on finding a reason to squelch the modesty of a woman (not that any reason can ever legitimize such derogatory remarks), it would never need a solid reason to relegate any passer-by to a demeaned position. That every woman who ventured out of her house was deemed obnoxious in every possible way, void of any self-respect. That this society and its usual banter of adhering to an appropriate dress-code was meaningless, even hypocritical because when it came to deprecating a woman, it would collectively take pleasure in doing so, regardless of her dress-code (not that dressing up in a certain way made you worthy of obscene insults).

The status this society could relegate to a woman who supposedly didn’t adhere to their idea of a modest dress code was beyond my comprehension. Because apparently the final verdict on who’s immodest and hence will inevitably go to hell must always be given by these infallible entities in our society and the rest of us should have no alternative but to nod in affirmation. If they term a woman as immoral, that must be it then; if they deem her actions worthy of hell, that must be her final abode. Because God obviously, delegated the responsibility to pass such judgements to them!