Women are often urged to stay in a broken marriage with domestic violence 'for the sake of the kids'. Is this really advisable? 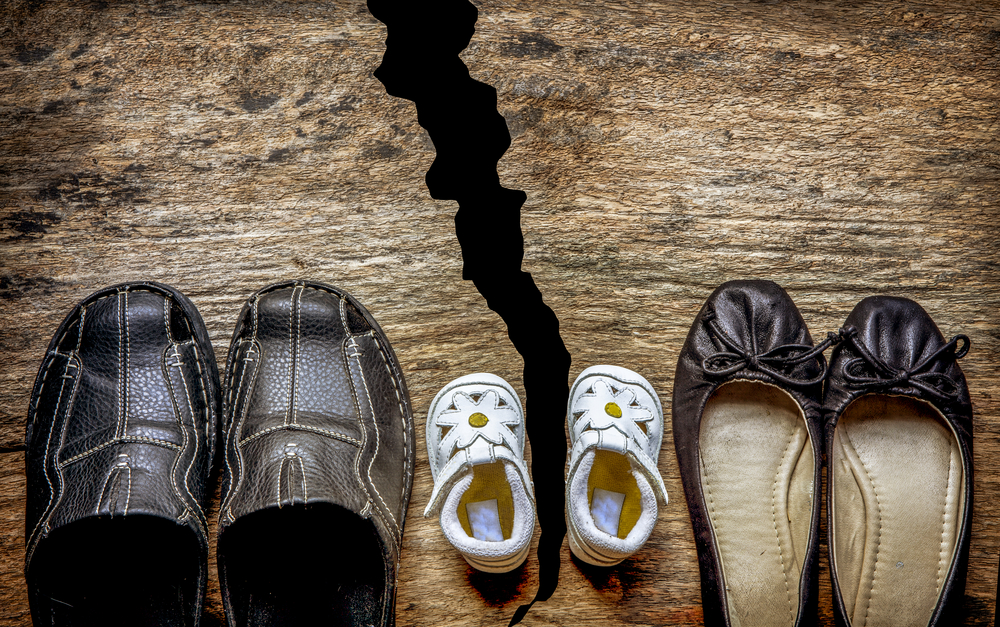 Women are often urged to stay in a broken marriage with domestic violence ‘for the sake of the kids’. Is this really advisable?

Don’t break your marriage. What will people say?

You have to live in this society. We are in India not in any foreign country and we have some values, culture and tradition. How can you just ignore that?

People will treat you as an outcast, the friends and well wishers you have now will all vanish into thin air.

If no one else, at least think of your kids. Why do you want them to grow in such a troubled and lonely atmosphere? Don’t they deserve Mommy and Daddy? Other children will start ignoring them and how will you save them from people’s prying eyes and prodding fingers.

I wonder how many mothers had to hear this when they voiced their decision of separating from their spouse. And how many of them retreated and decided to suffer in silence.

Don’t get me wrong, I am not here to propagate the D word.

Not at all. I am fully aware that a child needs both set of parents and both have a vital role to play in giving him a fulfilling childhood.

But what happens when the marriage falls apart?

A husband slaps his wife because she spoke rudely to his aunt, it leaves a scar on her face. The next day at a family function when people ask her about the scar, she said she got hurt when cooking. This is not a made-up story – the lady in question is well qualified. And I have known of more gruesome stories of men drinking and coming home and beating their wives, banging their head to the wall and there was a man who even went to the extent of urinating on his wife.

Hard to believe isn’t it? Even I thought the same, all this just happens in poor and uneducated families and blame those Hindi movies and soaps for over dramatizing these things. I was shocked to see this happen in and around me. These were women and men I knew, I met them at weddings, we smiled and chatted, they hugged me and I thought they live a life just like me. Behind those smiles, I couldn’t see the pain that they carried in their broken hearts.

Can this just be brushed aside? And please don’t tell me this happens only in poor families like those of our domestic maids. This is as much a reality in elite and well educated homes. It is just hushed up and hid under the duvet.

Often these women bear all the pain and humiliation and suffer in silence just for the sake of society and their kids. But when kids see all this violence happening before their eyes, do we really think they will be left unscathed? And whom are we fooling by thinking that it’s ok to ask the woman not to leave such a husband just for the sake of kids? What example are such parents setting before their kids?

The young ones will grow up thinking this is the norm, the son will not hesitate to lift his hand on his wife a few years down the line and the daughter would be one standing in her Mom’s shoes enduring blows from her husband and she would probably not even realize that there’s something grossly wrong here, for she saw it happening to her own Mom for so many years, and Mom did nothing too. These incidents leave a deep scar on the minds of kids, the impact of which would probably take years to erase.

Divorce or separation is not the only resort; in fact it should surely be the last resort. But what happens when everything else fails – talks with family, elders trying to make peace, threatening, pleading everything else? Should a woman sit quietly and endure it all just to maintain the so called false respect in society –Oh she’s Mrs Sharma and those are the lovely kids of the Sharmas. No one knows what happens behind closed doors, the bruises and swollen eyes; the nights spent crying on the pillow, and the unseen and unheard agony that the children go through. Yes it is indeed picture perfect to have a have family but happiness comes from mutual love and respect that parents have for one another and the day that is shattered, this happy family is but an illusion.

So the next time you are about to advise someone – ‘think again for the sake of your kids’, hold back and think again. And try digging deeper about what made her take this decision in the first place. And if is justified, give her a hug and show her that you are with her in this difficult phase. This would make a sea of difference.

We need to really shake off this taboo associated with divorce and learn to accept it as a reality. Only when we can hear and talk about divorce without raised eyebrows or a smirk, we could build a more inclusive society for those who have had to go through it or are contemplating it.

Update: Though this post deals specifically with Domestic Abuse, there are multiple reasons due to which marriages fall apart- infidelity, couples falling out of love, being unhappy with each other leading to quarrels which may get violent- yes one can always argue that these are or are not grounds for divorce; people may have different points of view.

The point is not if a particular situation warrants separation or not- that is the decision of the couple in question- the prerogative is always kids. But we often fail to understand that the child may be happier in a peaceful loving home with one parent rather than a loveless, unhappy home with both of them.

Also as a society, we often tend to raise our eyebrows on hearing about single Moms, but a single Dad is more easily accepted. This mindset needs to change, women or men, no one should be ostracised for being a divorcee. When would we learn to accept it and look at it as normal?