A family In The Dark: The Vicious Effects Of Domestic Violence

When a child is brought up in an environment of abuse, what impact does it have on a young mind? The effects of domestic violence can be vicious and long-running. 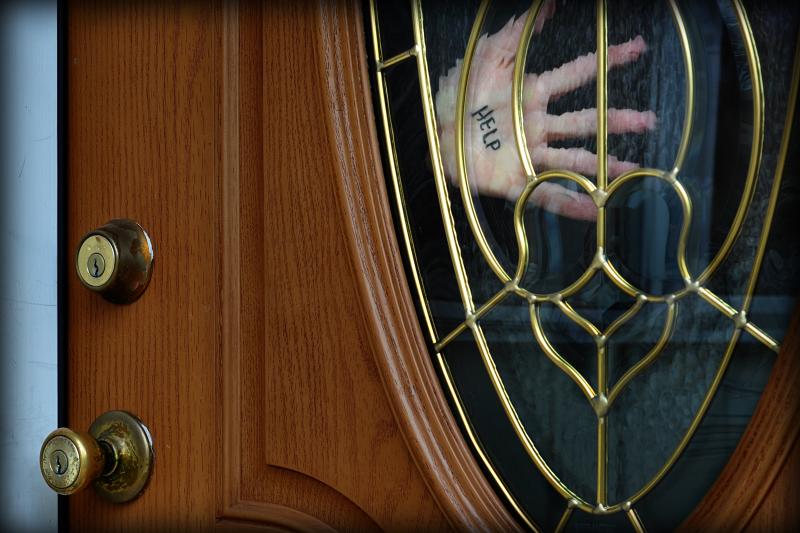 When a child is brought up in an environment of abuse, what impact does it have on a young mind? The effects of domestic violence can be vicious and long-running.

This is based on a real life incident.

My friend visited her monthly orientation class in her church. There, a priest narrated a story that froze the audience in their seats. It is about a shattered family who lost their son and daughter in the most brutal way possible. When I use the terms brutal and loss, one will think of rape. You are right!

According to my friend (I am not revealing the names of anyone on their request) this husband and wife came to visit the chapel for a confession. They told their story and broke down in tears and left with a heavy heart.

That couple had an 11 year old son and a 1 year old daughter. They always put the son in charge to look after his sister whenever they went out. The mother said that sometimes she used to find bruises on their daughter’s body. She scolded her son, who simply digested all the admonishing with a cold look. The father also confronted his son one day after finding his daughter crying out aloud in pain. “She is just a baby,” he kept telling this boy. But the son left with a blank expression; clearly he didn’t give a damn. That didn’t stop the parents from trusting this young boy.

One day they came back from work to find that that their daughter was missing. They asked the boy where she was – he didn’t say anything. His mother was worried and she informed the neighbours. They searched every nook and corner of the panchayat. Finally, all their search attempts were in vain, so they called the police and registered an FIR complaint. The parents obviously blamed the son for not being vigilant. Everyone knew what could happen to a 1 year old baby girl who is kidnapped.

After many hours of thorough searching, finally, they found the baby girl, in the septic tank of their house. She was dead.

The post mortem report said that she was raped and killed. She couldn’t even have known what exactly happened to her. The culprit was none other than her 11-year-old brother.

He was arrested and sentenced to the juvenile home for three years.

Yes, the brother had raped and killed his own sister. When the family revealed this story to the priest, the priest told the husband, “Whatever I ask, you must answer truthfully.”

The husband was shaking, the priest said. They spoke for a long time before the couple left the chapel. He finally said in the orientation class.

“First, that young boy was brought up in an abusive environment. His father was a drunkard. He used to come home and beat and sexually abuse his wife a lot. His son witnessed all this and instead of being afraid or terrified, he was fascinated. Instead of hating his father for being so barbarous, he saw him as a ’role-model’. Above all, there is a history behind this boy’s birth.”

The wife had an accident and she was bedridden for a while.Her body was heavily bandaged and she couldn’t move very well as yet. During this time, despite her saying No, the husband insisted on having sex with her.

This led to pregnancy and she gave birth to that boy after nine months. Later too, her husband sexually abused her several times and probably this boy witnessed all that. The father thus corrupted his son’s innocent mind with his ferocious behaviour. The little boy obviously felt that it was right. When he tortured his baby sister, who died due to the contusion, as a naïve yet corrupted 11-year-old boy he panicked and didn’t know what to do. So he hid her in the septic tank.”

The priest concluded the story with the message, “Respect your partner. Don’t let the innocent young minds see such violence. Make sure that you correct every mistake you see for as long as you can.”

After my friend narrated this story she kept saying, “Poor couple, they lost both their children – especially the girl”

Here is the catch.

Marital rape is legal here in India, a country where if your husband rapes you, then you can’t do anything about it other than whine.  If an 11-year-old boy can be merciless enough to rape or torture his own sister, it is just because he was not taught, “Don’t rape/harm” by his parents or anybody else. Plus if the father himself is a rapist, does it not impact the son?

This couple could have saved the dignity of their children anytime they wanted through love and commitment.

Teach your children to respect one another. If you feel that something happening before your eyes is wrong, then for as long as you can, correct it.