Can People Stop Glamouring Violence Against Women, Even If It’s ‘Just For Tiktok’?

A recent Tiktok video showed a man 'punishing' a woman for ending a relationship - perpetuating the belief that rebellious women need to be 'shown their place'.

A recent Tiktok video showed a man ‘punishing’ a woman for ending a relationship – perpetuating the belief that rebellious women need to be ‘shown their place’.

Recently, I saw a viral video featuring a couple. The video shows the girl ending their relationship while the guy is standing there smiling. The video is being taken by a third party who is said to be the guy’s friend. Then, out of the blue, the guy slaps the girl.

As shown in the video the slap was so strong that she was shoved sideways. He then walks away from her and she stands there with her hands on her cheek. Seemingly, the third party took the video to actually put it online on behalf of their friend.

While I was at work, a friend of mine showed me this video which was put up by her friend as his WhatsApp status. “Theppinu kittiya pani” (punishment for cheating) was the caption.

The nature of the video pissed me off but knowing social media and what it is able to do, I knew that it was only a matter of minutes before it went viral. Assault itself is a crime and putting it online without the consent of the woman makes it a bigger crime and may even come under the section that deals with outraging the modesty of a woman.

Eventually, both the guy and girl in the video put up another video status explaining that they were only “acting it out” for Tiktok, that they are friends and nothing is “bad” between them. The girl looked visibly uncomfortable and it looked as though she was faking a smile while explaining the situation. Which means that she was coached by her male friends to neutralize the situation (or that is the general impression we get if we watch that video immediately after the slap). It was kind of hard to believe if you see the nature of the video.

Assuming that this is what happened, (that the slap was just an “act” and the video was a drama shot by the couple), I was reflecting on the toxic masculine nature of the act in itself.

Why should violence against women be glamourised?

Why should violence against women be glamourised? Especially in a society that perpetuates it?

The Tiktok version of the video says, “You don’t know Kerala boys” and shows the boy walking ‘heroically’. This video went viral and several people used it as their WhatsApp status showing, this is what girls get for “cheating” or “abandoning” a relationship.

Men physically overpowering women is sometimes seen as an act of heroism, which is the foundation of the oppression of women.

Over a year ago, statistics on domestic violence collected in Kerala showed that 69% of women approve of their partner/husband’s act of violence while 58% men believed that they have the right to beat their partners for disobeying them and for lack of communication.

So, this act will probably be lauded by many and the couple themselves felt that they should put the message out there, didn’t they? By slapping a woman who rejects them, men hope to look cool before their peers and society who are by default misogynists.

The ‘cool’ hero who ‘tames’ the rebellious woman

This is the general attitude towards women by men who are simultaneously unable to handle rejection. Malayalam films, in general, show men who face a breakup as lonely, depressed men who sing songs to end their grief. At the same, I remember this one film where the girl says that she can’t be with the guy anymore. The guy slaps her and walks away. While he does, the visual grammar features a piece of music to go with his slo-mo walk.

Recently, the film Uyare showed what happens to women who reject abusive men. Parvathy’s character Pallavi is attacked with acid by her ex-boyfriend Govind (Asif Ali) because she is a successful pilot and walks out, unable to handle his controlling nature. Even then, there were plenty who tried to justify Govind’s nature saying that Pallavi should have stayed with him instead of breaking up. Ironically the film itself wanted to call out that mindset.

Society (un)intentionally perpetuates this notion that women will have to be “on their best behaviour”. Plenty of films and shows have glamourised violence against women. We know the misogynist dialogues uttered by influential superstars in films and the consequences women face when they speak up. At the same time, the heroes are shown slapping heroines for things such as not obeying them, for speaking up, for having an opinion and such.

Most male characters hit their female counterparts for attacking their integrity. The same is completely absent in those moments where men speak and perpetuate obscene misogyny. For eg: in Chocolate, Prithviraj threatens Roma’s character with rape and impregnation. She had every right to be pissed off at him but she doesn’t react with force. In Bharathchandran IPS, Suresh Gopi’s character assaults a woman (one of the villains of course) for simply reacting to his taunts.

One of the most rage-inducing moments was in Njangal Santhushtaraanu (we are happy people) where the hero (who is an IPS officer) drags his wife into a room. But the slapstick comedy showed her getting the upper hand as she knows Karate, in a way she was defending herself from him. But this scenario happens a lot in real life as men beat the shit out of their wives.

Another moment shows the hero teaching his wife a lesson for spreading false rumours about his death. What she did is unforgivable, no doubt about it. What did he do? He beats her in front of the public including her parents, siblings, in-laws, neighbours and even strangers. He used his power, the authority and his image as a husband-cum-respected-police-officer to get the answer out of her. I would have developed respect for him if he had tried to not use force and simply ended the relationship right there and then. And he had humiliated her at several instances, so can you blame her for getting pissed off?

What he committed there was nothing short of domestic violence but as the action of a hero, it was glamourised and shown as the ‘best medicine’ against deviant or rebellious women.

Films, in general, have glorified the notion that women should remember their place. I guess it was ludicrous to have another in the form of a Tiktok video to be added to the long pile.

Domestic violence and attendant issues are very common. Only recently I read a case where a husband killed his wife for using a Tiktok video. A stalker cut off the ear of a nurse.

The law protecting women against domestic violence itself is a matter for debate and scrutiny as many women don’t speak up. The ones who do are sometimes coerced into giving up the complaint, categorising such cases under the false case narrative. Women who misuse the law further throw others under the bus along with those who don’t believe women by default and those who derail conversations regarding the same.

That being said, conversations surrounding a person’s role in not perpetuating violence against women are essential. I hope that the couple and others with the same mindset will understand.

Top image is a still from the movie Bharatchandran IPS 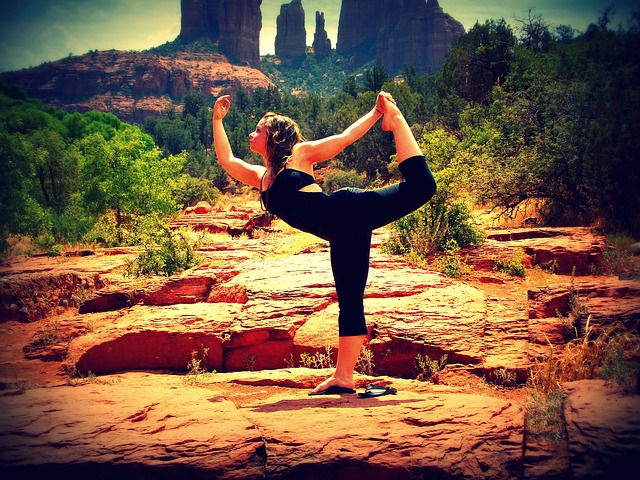