There are no reasons for women to be paid lesser salary than their men counterparts. All that they need to do is rise their voices and demand an equal pay.

There are no reasons for women to be paid a lower salary than their male counterparts. We need to raise our voices and demand an equal pay.

A good friend of mine, who is a Chartered Accountant (CA) fresher was interviewed by one of the leading companies a few years ago. Someone with excellent academic credentials, smart and savvy, there was no doubt that she would slay it. Her compensation was never discussed as the company informed her that this will be known once she gets the offer letter. She got the offer letter and was not very pleased with the numbers. It wasn’t very bad but neither was it any enticing.

A male friend of hers was also interviewing by the same organisation for a role in Finance. He too got an offer. Now we are always told that we should maintain confidentiality of our salary, but usually people tend to discuss with a few trusted ones. On discussing with this male friend, she realised there was a gap in the package offered to her and him. That really puzzled her for several reasons like –

My friend was quite disillusioned as you can imagine, but she did not want to challenge the HR and put her friend’s job in jeopardy- the friend who had honestly shared his package with her. She called up the HR and informed them that other candidates are being offered a bigger amount for the same role, she cannot take names but she does have this information. The HR person vehemently denied this stating that they are an equal opportunities employer and do not discriminate. The call ended. The next day my friend got a call and a revised offer letter which was matching the salary of the male friend.

Seems surprising. A few years ago I would never have realised this is the gender pay gap – the elephant in the room no one wants to talk about.

Women who tend to start at the same salary as their male counterparts face this as well. In their annual hikes, bonus, job changes, promotions- its often found that they are at the lower end of the spectrum.

Is it the lack of confidence in self which stops them from having a tough conversation when the annual hike is doled out or they miss a year in the promotion cycle and their male colleague moves forward? Are we women not competent to bargain enough when we switch a job? Or is it the maternity breaks she took which landed her with a raw deal?

I don’t think its easy to answer this. But the good thing is that several organisations are realising that this skewed pay ratio is what is adversely impacting their gender diversity goals. I personally know a few moms who had taken a career break to raise their kids and when they wanted to restart their career, the pay and position offered to them was like a tight slap across their face. They rejected it. Are they the losers or the organisation who missed out on having some really smart women on their team?

Companies which employ 250 or more people in UK have been mandated to disclose the average salary paid to both genders. This move is meant to bring about transparency and  make organisations accountable.  But there is an underlying issue here. The average salary disclosed is not at rank level and neither does it mention the number of male and female employees at each rank. In most cases, there will be greater number of women employed at lower ranks and their pay is bound to be lesser. So, when you talk about averages, there is going to be a significant gap. This is not necessarily a pay gap but there are bigger questions to be addressed in this case. Why are there no women at mid and senior level positions for instance?

This data serves little purpose at the moment. More information will be needed to make the data useful and achieve the goal of bridging this gap.

One of the first questions any person who is looking for a job change is asked – “What is your current salary?” But have we ever thought if this question is really relevant. As a hiring manager, one is looking to fill in a vacant position or create a new one. They certainly have a band in mind about what they are willing to pay for that role – based on the skill set needed, the complexity and everything that the role entails. Why cant they simply offer a package to the candidate without taking into account what his/her prior salary is? Why is it even relevant?

Imagine a male and female candidate have applied for this role – both are equally qualified and have similar experience in their prior organisations. Most often, the male would be drawing a higher package than the woman and the interviewer would wonder – “I do have a band of 50% but should I offer so much to the woman candidate if I hire her? She is already at 30% which is much lesser than the man. If I give her a 35%, she would be happy and I can achieve my target of ‘cost savings’ as well.”

In this scenario I am presuming he decides to hire the woman and one of the reasons is the lower salary he can pay her and still get away with it. How would we ever bridge the pay gap if this continues? Imagine the hiring manager is completely oblivious of what the prospective candidate is currently drawing. There shouldn’t be any reason why he will offer a different salary to a male and female candidate.

I am aware this is not as easy as it appears and there could be several other factors influencing his or her decision. But is is certainly a step in the right direction. In certain jurisdictions, it is illegal to ask questions on salary to any person and if someone is asked this question in a job interview, they can refuse to answer. But doing this in our country, would be at the person’s own peril. For all you know, he or she may never hear back from the hiring company.

Achieving gender pay parity is going to be a long drawn battle and its known that things won’t change overnight. But its important we start thinking about this and make an earnest attempt to move forward in this direction. Don’t we want to have a world where our sons and daughters are paid equally and our daughters do not have to go through those years of self doubt? They can stand tall and proud and demand what they rightfully deserve. 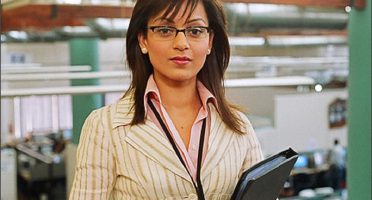