The Myriad Of Emotions I Felt During My Divorce

The writer takes you on a courageous walk through her personal experience of divorce, from darkness to light. The writer takes you on a courageous walk through her personal experience of divorce, from darkness to light.

When I filed for divorce, I knew that life would not be easy. It all seemed too unfair and surreal, as if watching it happen to somebody else. I felt cheated by God, by life, the universe, and everything positive that I ever believed in. I felt betrayed for all the goodness that I ever had in me. I am no therapist. But I would like to share the gamut of emotions that I felt during this time and whatever little I have learned.

In the initial days, every morning that I woke up, I wished the thought did not strike me, but it invariably did:

It’s over. The marriage is over.

I am alone. I will be alone.

I am getting divorced. I have become a divorcee! 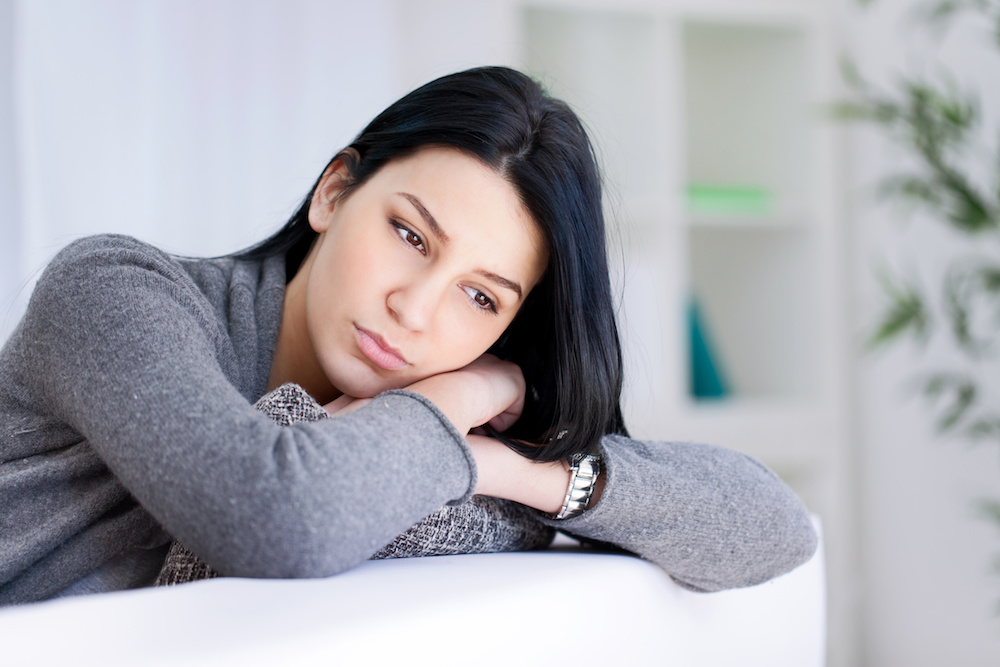 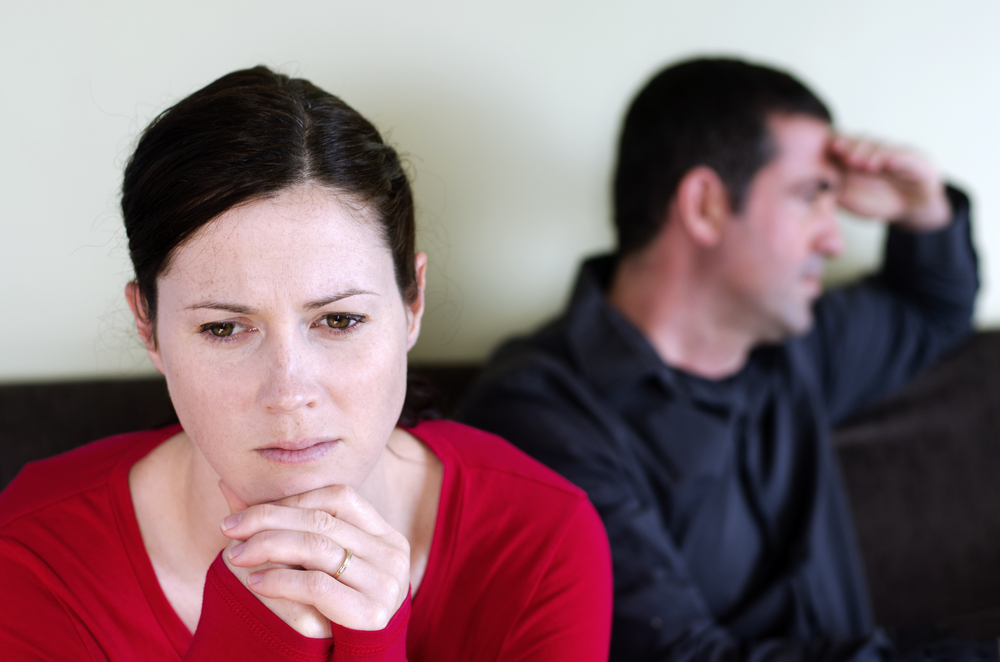 And that was it. Nothing else mattered.

A lot of my well-meaning family and friends asked me to count my blessings. People were rushing me to get over my grief and although they had the best intentions, it seemed like they were undermining my suffering. I was not in the right frame of mind to appreciate their insights, even though what they said was true.

Be happy, at least you are healthy.

You have a good job.

You have supportive parents.

You are young, and could always remarry.

I did not know at that time that one day I would count my blessings indeed. The marriage turned out to be a big mistake, but the divorce did not. I am proud of myself for choosing to be out of the marriage instead of sentencing myself to a life of misery. I am grateful to God for all that I have and recognize that it was just a failed relationship, in my otherwise holistic and fulfilling life.

Speaking of close family and friends, they always try to help someone going through a divorce. But they do not know what to say, what not to say, when to say or how much to reveal to distant relatives, neighbours and other acquaintances. Sometimes families find it shameful to update society on the newly acquired marital status of their children / siblings. It had been painful for me to meet relatives at social gatherings who were blissfully ignorant of my separation and I had to be the one gratifying their curiosity.

“Where is your husband?”

“You are glowing, is there any good news?”

Suddenly, something as simple as getting out of the house and meeting people became a matter of mustering up courage. I wished my near and dear ones had been sensitive and considerate enough to inform people instead of putting me in the spot. It is one of the things that they could do that would have helped. Their embarrassment was nothing compared to the distress that I felt.

I also traveled outstation to attend a cousin’s wedding few months after my separation. I was dreading the occasion because it would be the first wedding in the family after mine.   And yet, I did not want to miss it because it was a very dear cousin. I put on a brave face and told myself that I could not stop meeting the numerous people who loved me because of one worthless person from my past who did not.

I was surprised to see how much I enjoyed that wedding! I would not say that I was not reminded of my own, but the reminiscence of some bad memories was miniscule compared to the countless beautiful memories that I created during that trip. The late night conversations with cousins who I was meeting after years, the dressing-up in colorful saris and jewelry, watching little nieces and nephews and drunk old uncles all shake their legs to the catchy Punjabi numbers, everything was completely worth it.

While some experiences have turned out to be surprisingly fun, others have also turned to be depressing. Talking to some people always triggers negativity and hopelessness. Initially, I tried to appreciate their good intentions and stayed in touch. But after a point, I realized that it is okay to cut people out of my life who have been making me feel unhappy. We continue to seek new and meaningful friendships. But is equally important to get rid of the toxic ones.

Yes, some days did pinch. Friends and younger siblings getting married. Couples from peer groups celebrating anniversaries, getting pregnant and having children. They were all reminders that the world was going on, despite my life being stagnated (temporarily). It’s not like I was not happy for them. They were with me through the best and the worst of times and I genuinely wished them well. It is difficult to comprehend such feelings and I felt guilty for feeling sad while others were moving on with their lives. On such days, I let myself acknowledge my feelings instead of denying them. It is okay to feel fearful of the uncertain future. I need not be a super woman. Everybody feels low about something at some point. As long as the feelings are temporary, it is perfectly natural.

The next obvious step, after getting out of my shell and socializing was the decision to date. A lot of divorced people I met swore to be so scarred that they had decided to shun relationships completely. Atleast for some time. I was being judged if I admitted that I wanted companionship and had not lost my faith in love and marriage yet. How could I be ready to give love another chance already?

Dating was also tricky because I felt that potential boyfriends perceived me as a lonely, desperate, vulnerable yet experienced prey. Let me clarify that this is not something they told me. Neither did they behave in a way that made me feel like that. This is something I thought they would feel. Of course, some regressive men probably do think like that. Chances are such men have very low respect for any woman. But that should be their problem, not mine. Why should I hold myself back?

Whether it was the outstation wedding or dating, I did not know how I would feel and assumed things. That is another problem with divorce in India. Nobody talks about it, nobody shares how they feel. Families also have no point of reference to deal with such a situation. The actual experiences  that I have had infact have turned out to be pleasant, contrary to my anticipation.

I have discovered that unless I stopped pitying myself, the society would not. I became willing and open to explore. Once I started respecting myself and my choices, the universe accepted and cooperated as well. While I do encourage dating after divorce and to not be bitter about the past, I have also learnt that I do not need a man to complete me. The very expectation is flawed. There are many facets to my life -my family, my social circles, my career, my hobbies and interests that all contribute to my happiness. Relationships could be one of them. But I should never believe that a partner would equate to all of that. Pursuit of personal goals is essential, rather than seeking love as a prerequisite for happiness. I would like to get my own life first, and then share it, with somebody who is worthy of it.

Ever wonder what are the personality changes you go through during your period? Here's ten of these things that all of us have endured at some point!

Ever wonder what are the personality changes you go through during your period? Here’s ten of these things that all of us have endured at some point!

“Oh! It must be that time of the month!”

I finally said yes to a proposal at the age of 29, as my patriarchal conditioning made me feel I was a failure if I didn't get married by the age of 30.

I finally said yes to a proposal at the age of 29, as my patriarchal conditioning made me feel I was a failure if I didn’t get married by the age of 30.

After a long time, I watched a show on Netflix – Indian Matchmaking. This post is not a review or critique of it (enough about that already) but the memories and thoughts that it triggered in me.