Are you or anyone you know facing domestic violence? Do not suffer in silence- Call the women helpline or women cell number 1091 for help.

Are you or anyone you know facing domestic violence or any other abuse? Do not suffer in silence – it is time to speak up. Call Women Helpline Number 1091 for help.

Domestic Violence is an ugly truth that our society has silently witnessed over the years. And, if you think that it is limited to the rural or the poor strata of the society, mind you it isn’t.

Domestic violence is pretty much a thing in the urban set up where there is no reasonable dearth of either education or for that matter money.

It is worrisome that this is a glaring trend universally. There are several instances where women who are working and are financially independent are getting beaten up and being harassed by their husbands or in laws, and sometimes even at the hands of their own kin.

A recent study has also revealed that it is the domestic violence in the urban areas that goes unnoticed and brushed under the carpet much more than that we witness in rural areas. Surprising, right?

Domestic violence is something that many women have faced from the time they came into this world. Right from the sting of being born as a girl child, and thereafter the arduous journey to prove your worth at every juncture, this constant battle has been more difficult than staying alive.

And, it is not always the physical violence that takes the toll, sometimes it is the mental and the psychological trauma that wrecks havoc more. And sadly, this is yet again something that is seldom recognised and addressed as a brutal form of abuse by the family members and within the family periphery.

But, what needs some serious thinking is: why is domestic violence kept under wraps until it reaches a point where things become intolerable and unimaginably brutal?

Why the wait is till a woman is battered, ravaged, raped, burnt alive, or sold? Why it is not stopped and acted upon in the first instance it happens, why?

I think that there could be many reasons. Societal pressure, the pressure to stay in a marriage, abide by what the family thinks. The lack of financial independence, what do I do without them?

The social stigma that is associated with women who cannot tend their homes well. Lack of support from friends and family. And then, the kids perhaps. 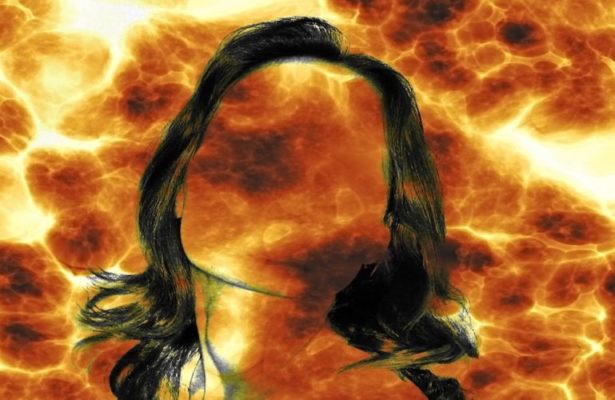 Think about it, reasons are in plenty. But within all this what comes out glaring is, it is all for others and not for the ‘self’.

A women is so bound by various clutches and rings around her that coming out of an abusive situation and standing up for herself is something that comes across as a difficult proposition.

The truth is, standing and defending her own stance is a game that is rather difficult when the turf for the abuse is what we call our ‘home’.

I recently came across a powerful ad against domestic violence.

Women helpline number 1091 has been there in existence for long, but seldom do women know about it.

Apart from domestic abuse and dowry cases, the police also handle eve-teasing and promptly send the police on call after the call is made.

One of the most important things to do is assess the situation carefully. If you find yourself or any other woman (irrespective of you knowing her) in danger, you can call 1091 immediately.

One of the reasons it is different from the usual 100 distress number is that it immediately connects to the women’s cell, and the authorities know it’s a woman in danger.

1091 is a special number designed for women in danger, irrespective of the kind.

What happens when you call women’s helpline number 1091?

Once you find a safe place from where you can make calls, immediately dial 1091 and give them your exact location or tell them everything that you know. The authorities will immediately assign a police car to come and rescue the person in danger.

According to an article in Daily Pioneer, they said that almost all the calls on 1091 are about domestic violence, dowry or abuse by in-laws.

In case of a dowry, the police put the caller in touch with the local police. The police then come and inspect the house. According to Daily Pioneer, one of the policewomen said:

“We first try to talk to the person and calm them down in case they are tense, we also sent nearby PCR vans to the location of the victim for immediate help so that the caller feels safe. We also, share the numbers of any NGOs that they could contact.”

When to call Police helpline number 100 or National Emergency Number 112?

After you have made the call, try to calm yourself. In case you are in public, try to see if anyone could help you in the meantime.

You need to remember one thing, if unfortunately, nobody picks up or if the line is busy, you should immediately call 100.

Sometimes such helplines are busy picking up calls from other distressed women too, so don’t worry if you can’t get through with the call- try calling 100 or National Emergency Number 112.

Let us stand up for a life of dignity. Let’s vouch to put an end to this untold misery that women across the board gulp down their throats without a whimper. Let’s do it- for ourselves and others! Call women helpline number 1091 now!

Editor’s Note: Here is a list of Indian Helpline Numbers