Lockdowns Controlled The Virus But Gave Wings To Domestic Violence

When the Nation entered the lockdown phase, instances of domestic violence grew with people staying home for long durations.

When the Nation entered the lockdown phase, instances of domestic violence grew with people staying home for long durations.

Covid-19 pandemic has evolved beyond being a health concern and is  considered a serious threat to humankind. The disease’s harmful effects are not just limited to the loss of life, but cause more serious socio-psychological implications. The psychological impact of the pandemic and the consequent lockdowns have resulted in fear, anxiety, and sadness amongst the people. It had a far worser impact on women! It has adversely affected the situation of domestic violence around the globe. Although women are not the only victims of domestic violence, the number of cases with violence directed at women is noticably higher. Phumzile MlamboNgcuka, Executive Director of UN Women referred to the increased cases of violence against women and girls as the “shadow pandemic”.

The lockdown had a positive effect in restricting the spread of the virus. However, people who were living in volatile family conditions were confined to their homes for longer durations. As a result, the world saw an increase in the number of domestic violence cases. Violence against women has aways been a matter of concern. Now let us take a look at how the scenario has changed during the lockdown period. The article highlights the need to understand impact of pandemic from gender angle and develop pandemic response module accordingly.

In India, domestic violence has long been a prevailing gendered ailment of society. A National Family Health Survey-4 conducted in 2015-16, showcased that 33% of married women in the age group of 15-49 have experienced physical, sexual, or emotional spousal violence in India. Of the 33% of women, only 14% asked for help! And even amongst the 14% of women who came forward to seek help, most of them reported to the natal family and just 3% filed a report to the police. Women sometimes don’t report the cases of violence as they fear that it will harm their family reputation and will be considered unacceptable by the society.

A closer look at the causes

According to a study conducted by NCRB in 2018, ‘Cruelty by Husband or His Family’ in the domestic space is the most commonly recorded form of ‘cruelty against women,’ accounting for 31.9 percent of all reported cases.

One of the most common reasons for domestic violence in India is the dowry system. As on date, there are over 7000 recorded cases of dowry deaths and more disturbing instances occur daily. The next big area of  concern is alcohol abuse. Women are often subjected to abuse by the spouse prone to heavy drinking habits. In addition, poverty is also considered as one of the greatest risk factors for intimate partner violence as per the World Report on Violence & Health 2002.

Shocking surge during the lockdown

Domestic violence victims in India were unable to leave their homes and escape the violent condition due to strict lockdown in the early months of the pandemic. This leaves them with no option but to get “locked down with the abuser”. A cross-sectional study on married men and women by Dr. Priyanka Sharma and Anita Khokhar, conducted in April 2020 revealed that out of the 94 participants, around 7.4% faced domestic violence during the lockdown. Amongst the 7.4% victims, half of them chose to ignore it or start yoga as a coping mechanism.

More often, it is not just the spouse

A report published by World Health Organization (WHO) in 2013 suggested that around 35% of women around the world face domestic violence by their partners or husband. Apart from the spouse, other family members such a mothers-in-law are commonly the abusers in the domestic violence cases.

There are variety of reasons that could be accounted for the increase in domestic violence cases including lack of resources, financial situation, high unemployment, and poverty. Most commonly, the lockdown resulted in loss of employment which caused increase in stress or anxiety and led to aggravated domestic violence instances in India. Additionally, alcohol is also seen as one of the factors leading to domestic abuse. It is not surprising to note that, the domestic violence cases saw an upsurge with the re-opening of alcohol shops across the country.

A strong need for gender- consideration in response modules

The coronavirus pandemic has been wreaking havoc on the lives of the people for more than a year now. After a disastrous second wave and continuous surge in COVID-19 related deaths, it has become more vital to stay at home and continue to take necessary precautions.  As India continues to battle the deadly virus, many states have been focussing on phased re- opening.  But only measures like lockdowns will help in controlling the spread of the virus.

The coronavirus doesn’t discriminate between genders in its clinical impact. But impact of different genders plays a role in the pandemic’s socio-psychological effects. While it is critical to have lockdowns to control the spread of the deadly virus, it is equally important to take into account the violence against women while developing such response modules.

I am currently doing my Masters in International Relations at University College Dublin, Ireland. I am highly interested in feminism, gender, peace and securities, and gender and political system. read more... 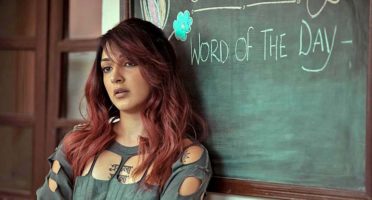