Feminist - a word a lot of people still dread to be called. Why do we still believe in these three myths about feminism even today?

Feminist – a word a lot of people still dread to be called. Why do we still believe in these three myths about feminism even today?

Last month, on International Women’s Day, I remember reading an article that said something like, ‘I am not a feminist and I support issues related to men.’ What surprised me, even more, was that this was posted by a woman!

I was shocked to read that even today people, especially women, have such misconceptions of feminism. Moreover, I was sad that a woman didn’t want to associate with feminism because she thought it promoted hatred towards men. In fact, I have realised that a lot of people actually have a similar point of view.

Thus, with this article, I am trying to bust the myths about feminism that I’ve seen even today. All I want to do is clarify in detail what it means to be a feminist.

The term feminism is largely associated with man-hating only because feminists are fighting for equal rights. This does not mean that feminism encourages any hatred towards men.

While feminism is a complex topic, it can be divided into categories – radical feminism or liberal feminism. However, at the end of the day, the aim of feminism is the same – to establish gender parity in every sector.

Neither does feminism try to discourage men nor does it promote women’s superiority. And most importantly, feminism isn’t just for women, it is for anyone who supports the idea of gender equality.

One of the most popular myths about feminism is that it endorses the idea of ‘women are better than men.’ This idea goes against the actual definition of feminism which advocates for equality not the superiority of one group over another.

Men have always been the privileged section of the patriarchal society of India. Meanwhile, there are many cases where women are suppressed and denied equal rights just because we are women.

Hence there was a need to fight for issues central to women such as equal pay and proper representation. However, feminists’ fight for women’s rights doesn’t suggest that they believe that men lack the capability for any work. Feminism doesn’t say that women are better in any way. A real feminist supports human rights for all gender identities based on the robust idea of treating everyone equally.

Feminists are fighting against inequality, not men

Feminists have relentlessly worked towards reducing discrimination based on gender and enhancing the representation of women in different sectors. Women now have the right to work in the areas which were earlier male-dominated and were considered less suited for women.

Over the years, the presence of women has increased in various sectors including military and politics. Feminism has played an immense role in this crucial development.

The motive of feminism is to have the right to equal treatment and the right to be in equal numbers. But by doing so feminism by no means intends to reduce the number of men in any sector or take away their power.

What else does feminism do?

The robust efforts of feminists have helped bring the issues such as domestic violence, and rape cases to the core of the discussion table. Issues that were earlier considered not worthy of discussion. According to the National Family Health Survey (NFHS-4), 30 percent of women in India in the age group of 15-49 have experienced physical violence since the age of 15.

Feminism is NOT something to be ashamed of!

The gender-based cases are sometimes ignored stating that it’s their personal matter. In this situation, it’s crucial to have someone support the women who have suffered any form of violence and are ready to speak up.

A feminist plays a key role during these circumstances. Fight against violence is an indispensable concern for India. Feminists are playing an important role in acting as the support system and voices of the women who have suffered from any form of violence.

Be it a man or a woman, anyone can be a feminist. When people will start understanding the real definition of feminism, they won’t feel ashamed of saying that they are feminists.

I am currently doing my Masters in International Relations at University College Dublin, Ireland. I am highly interested in feminism, gender, peace and securities, and gender and political system. read more... 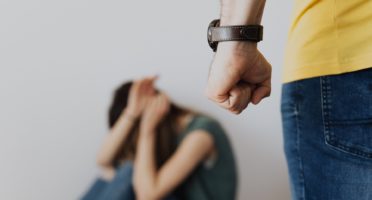 Lockdowns Controlled The Virus But Gave Wings To Domestic Violence

The day I realized that I believe that men and women are equal or at least not as unequal as society expects them to be; I started calling myself a feminist.

For me, it is as simple as that and nothing more or less. But things took a turn, both hilarious and sometimes a little annoying when I told others that I am a feminist. I might not have always directly said that but my reaction against the so-called slightest or ‘humorous’ sexist remarks, made people see me as a radical person.