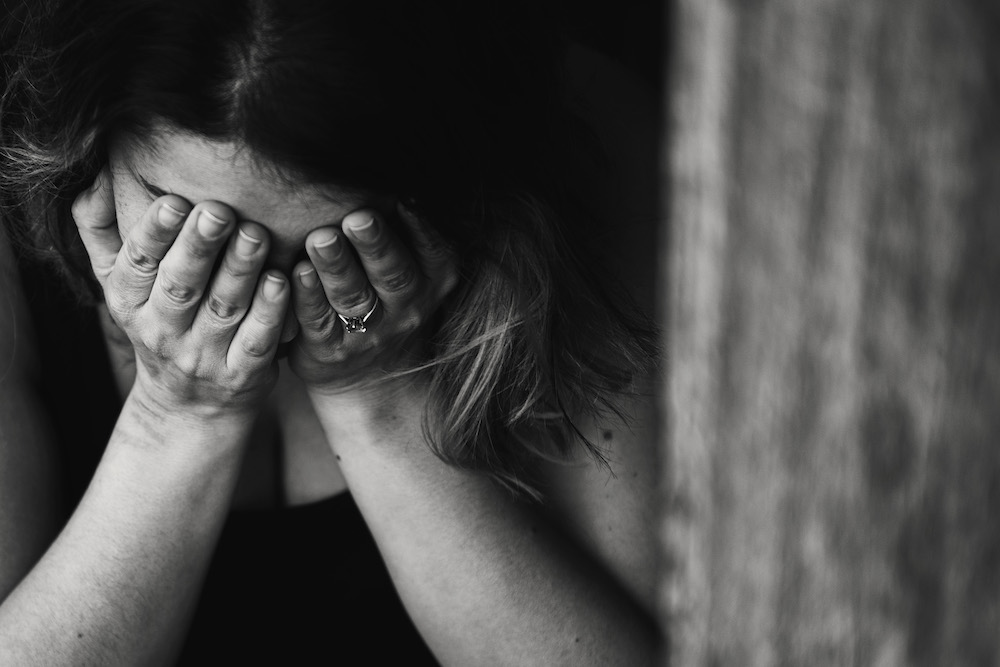 I Was Bullied At School For How I Looked, And It Left Me Feeling Deeply Shamed And Frightened

I was shamed for my body as a painfully awkward teen, and it took me a long while to climb out of the dark place it pushed me into. Here’s my story.

SHAVE!!!! Circa 1994. The words glared at me through the screen of the old school Macintosh computer.

Before we move on, I’d like to tell you that I have never written about this before. I don’t think I’ve ever spoken to anyone about this, besides an offhand mention to my mother, and I was not sure I would have the guts to finish this post. That shame still burns my insides when I think about this. So I try my best not to.

At 14, I was a chubby, painfully awkward girl with bad skin (I still have bad skin) and almost no awareness of how to put myself together. I didn’t know I was supposed to wax or shave my legs, and puberty had given me a healthy dose of overactive hormones to help pull me even lower, when my self-esteem took a beating.

22 years later, I still hate salons, and will never be one of those perfectly groomed, made up women – I will always be a klutz who walks into furniture regularly and trips without heels on flat surfaces, my hair frizzy and unmanageable and my clothes with wrinkles in strange places. But I’m infinitely more comfortable being this way now, thanks to a series of healthier life experiences.

That day, when I opened my password-protected folder at school, the text of one of the files seemed to have been deleted and replaced with an anonymous message. Well, it may have been a brand-new file — I don’t remember the messages as much as I remember the way they made me feel.

I don’t remember how many there were but more than two and definitely less than ten. They usually said “SHAVE!!!” in all caps, and called me things like “fat hairy bitch” and also a bunch of other very angry aggressive things which, in truth, I only half understood.

I do remember that the messages made me sick to my stomach. I felt incredibly ugly, and also frightened. The last time it happened, every single file in my folder had been deleted (including assignments I had yet to submit) and there was a single text file remaining. The message was largely the same as the others, the wording slightly different each time.

I felt a deep sense of shame about my body after that, and for years later I never wore skirts, dresses or shorts – I always covered my legs (it was my legs that the person was referring to in their messages). I wore looser and looser clothing so that nobody could see how fat I was. This persisted till I was in my late 20s, and I think it was only after I started doing yoga that I stopped caring about weight and appearance and started accepting myself the way I was.

For a time, I was hyper aware of hair removal (now I care a lot less). But the fact that someone found me so disgusting and repulsive pushed me into a very dark place. It took me a long time to climb out of that place, and sometimes I do find myself back there. Mostly I have been able to let go.

My teacher, embarrassed by the content of the messages, said something to the effect of “You know sometimes somebody just starts typing, and they don’t know what they’re saying.” Now all these years later, I wish he had said something else.

I’m not sure what would have helped. I wish he had encouraged me to report it, or to talk about it. I wish somebody had helped me understand that I was being, I suppose bullied, in a way. His non-acknowledgement of the fact that I was being harassed, made me feel I deserved it.

It was partly because of this that I never told my parents – that I had internalized somehow that I was a problem, and I was too ashamed to tell them about how ugly I was. Because I blamed myself and my appearance, I don’t think it even occurred to me to tell them.

I was a very submissive girl back then. I’m not sure what I would do now, but I hope that I would be better capable of dealing with it. I’m still not immune to comments about my appearance or weight, no matter how much I learn that you need to accept yourself. But it’s an improvement over what it was.

More than anything I wish I could go back to that shy ungainly girl, put my arms around her, let her cry (I don’t think I did at the time, because I was so confused about what it all meant), and tell her it’s okay to talk about it.

I wish I could tell her that she doesn’t need the approval of others for anything in her life, and that there is a big wide world out there and some people will love her for who she is (whether she waxes or not) and some people won’t and that’s okay.

I wish I could tell her that one day she’ll look at herself in the mirror and it won’t matter as much, that she’ll never be skinny or perfectly put together but she’ll find joy in other things.

Most of all I wish I could tell her not to sit back and take it. That if I ever have a daughter, I’d do anything for her not to feel the way I did but that I understood it wouldn’t be in my control. So, it would be up to her to have that confidence to hold her head up high and fight back.

I wish I could tell her that she is better than a text document in an old computer, from someone too chicken-shit-coward to insult her to her face.

I Can Tell You From My Experience That Skinny Girls Are Body Shamed And Bone Shamed All The Time!

Because The Struggle To Stay Body Positive In A Culture Obsessed With ‘Fair & Slim’ Is Real!