Marriage seems to be a given in Indian society, but here's a radical thought - could singlehood be an alternative way to be happily-ever-after; be single by choice?

Marriage seems to be a given in Indian society, but here’s a radical thought – could singlehood be an alternative way to be happily-ever-after; be single by choice?

“Eventually most people get married. Even if they delay the inevitable, it cannot be put off forever. At least that is the conventional wisdom.”

These three sentences, written by Kalpana Sharma in the introduction to Single by Choice, encompass much more than they seem: generations upon generations of people subscribing to the same societal expectations, without questioning whether there could be another way to be.

More than just a ‘feminist manifesto’ of single women

Single By Choice, as a title, could come across as a feminist manifesto of sorts, a declaration to the world that we are here to stay and there’s not a damn thing you can do about it. But it is not so much that, it is something quite different than one might expect.

What it is, is a refreshingly candid account of eleven single women (twelve if you count editor, Kalpana Sharma), who defied the norm, and decided not to get married. These stories are honest, funny at times, and heart wrenching at others. They are not angry, nor negative; in fact, they are just people who are at peace with the choices they made, neither defensive nor dismissive of those who chose the conventional road.

Most, if not all of them had families that supported their choices. In some cases, in eras where it was rare to encourage making one’s own life choices. Some more willingly, and others by acceptance eventually. Whether we like it or not, family still plays a huge role in our worldview, and not being pushed towards matrimony by force or by constant goading, is rarer than we might hope.

The act of being single by choice

These women all recognise their privilege in the choice they were allowed to make and acknowledge that many others wouldn’t have had this privilege, and so their tone isn’t preachy or prescriptive, as one might think it would be.

What they do instead is talk about the realities of choosing singledom, and how in spite of obstacles, everything turns out just fine. The inevitability of marriage is something most of us have grown up with. Many were not born deciding to be single but made the choice through the course of their formative years.

While some still are open to the possibility of sharing their life with someone, they are firm in their belief that they do not need it, and they will only decide to get married on their own terms, not anyone else’s.

Going against the status quo means a lifetime of people asking blunt and often ignorant questions, judgements and assumptions about your lifestyle and habits, and well-meaning but often obnoxious attempts to push you into it. It is something that anyone in their thirties, women, but also to a certain extent men as well, can relate to.

It means building a family through non blood ties, and learning to depend on oneself – being financially, emotionally and mentally independent. Not believing on someone to make your happily-ever-after for you but creating it yourself.

My career is just as important

The challenges of gender norms are a common theme throughout these essays. While women are becoming more independent, the division of labour still defaults to men leading and being the primary breadwinners, and women maintaining a house.

But for some, for example Vineeta Bal, who worked as a research biologist for most of her life, the idea that someone else’s career could have compromised her own was a hard pill to swallow. She observed the dearth of women in certain medical professions, and in general within the sciences, because their household responsibilities or husband’s careers held them back.

Sujata Patel puts it succinctly in her own essay: “I found that these marriages/ partnerships were oriented towards achieving the ambitions of the male partner, whether in the professional or in alternate politics, and together the couple reproduced a family strategy to command the status for family in many differing ways.”

Bashing the single story of the ‘spinster’ stereotype

These stories further seek to debunk the stereotypical idea of a single woman.

Several of the women are accomplished homemakers, even if it is just for themselves. The idea of the single woman who must live in squalor and dismal conditions, their lives frightfully devoid of the blessings of companionship, forever incomplete.

But independence means that one’s life does not depend on waiting for the right man to show up. The fact is that most people cannot imagine that someone can be complete all by themselves.

Chimamanda Ngozi Adichie did a famous Ted Talk, where she spoke about the dangers of a single story.

The fact is that up until now, we as women, and arguably to some extent, men as well, have only had a single story when it comes to our life trajectory: that eventually we will get married.

Books like Single By Choice give us as a society, more stories of ways that life could work out differently, and still be happy and complete. The beauty of these stories is that these women are all from a variety of different backgrounds and generations. 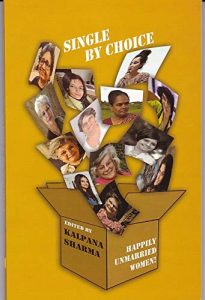 You have people, like Sujata Patel, whose parents never bought into the concept of forcing their will upon others, and you have others like Bama, who documents the difficulty of being a Dalit single woman, and the pain she has suffered.

Sharanya Gopinath writes: “so I suddenly looked around and felt an alarming lack of female leadership, of someone to turn to for advice on how to lead a fruitful and peaceful life while single.”

But it does tell a reader who is struggling with the realities of getting married that they have another choice for happiness. We need more books like this, and certainly more stories.

If you would like to pick up a copy of Single by Choice: happily unmarried women, Edited by Kalpana Sharma (Published by Women Unlimited), use our affiliate links at Amazon India, and at Amazon US.

Mira Saraf was born in Canada, grew up in New Delhi, and went to a British School half her life, and an American school the other half which has, as a result, made her grammar read more... 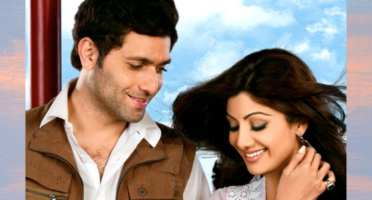 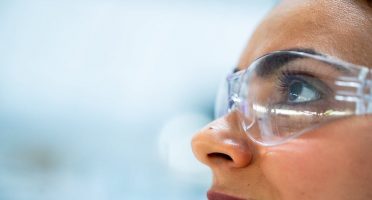 What Could Happen If Women's Inner, Secret Lives And Technology Mesh Together? 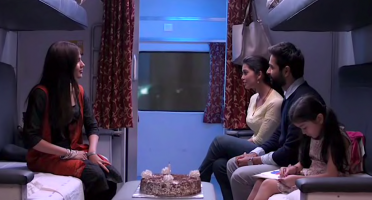 Women Have Always Been Uprooted To Go Elsewhere, So What Does 'Home' Mean To Us? 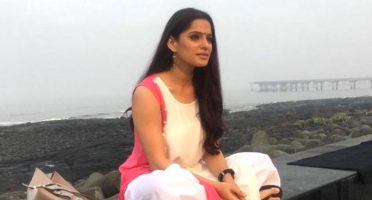 As A Feminist, I Don't Want To Feel Angry Anymore; I Just Want To Fix It - Am I Wrong? 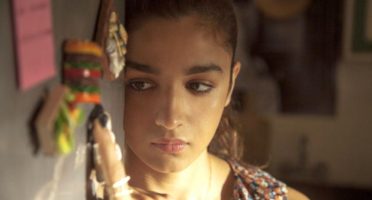 Confessions Of A Nervous Wreck In My 30s - 'Wreck' Is Right, Though I'm Trying!