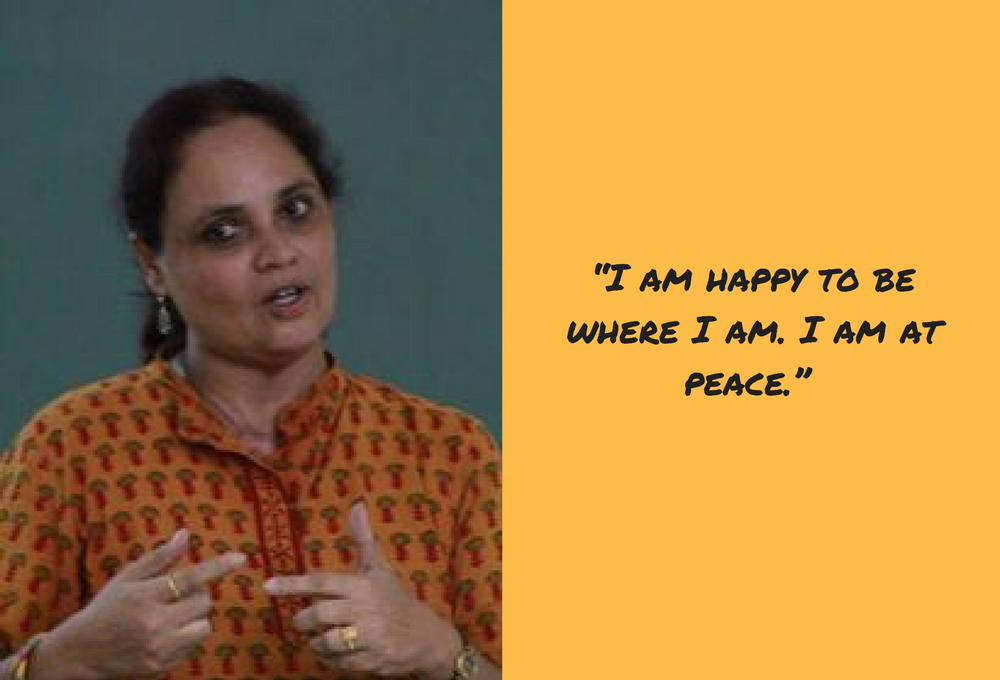 Sharmila Rao Shows Us The Way With Hope And Courage, Despite Horrifying Setbacks In Her Life

Posted: July 3, 2017
Tags:#GirlsROCKdepressionstresswomen at work
Writers, Instagrammers, or Video Creator? Join us at the Orange Flower Festival on Jan 22nd!

A survivor through and through, read the story of Sharmila Rao who is the physical manifestation of hope and courage.

It is often in the darkest skies that we find the brightest stars. Those who survive this kingdom of night emerge as the most gracious and strongest. I feel honored to present you the story of one such champion of the odds –  Sharmila Rao.

Born into a Kannada family in Manipal, Karnataka, Sharmila’s father was a learned doctor and her mother a devoted lady. Since childhood, she grew up in an environment that not only emphasized the importance of her formal education but focused on her value building and cultural development. Today she happens to be a dentist, a qualified dancer, a published author, a theatre artist, a hypnotherapist, a philanthropist and what not. A survivor of cancer and burns, Sharmila is multifaceted. With numerous feathers in her cap, she is an epitome of hope, courage and endurance.

It was the year of 1994-1995 when this tough lady encountered her first struggle. It was then that she was diagnosed with early breast cancer symptoms and underwent an excision biopsy for diagnosis. As a mother of a 4-year-old daughter and a well established practising dentist in Goa, it came as a severe blow to this small happy family.

Along with the pain caused due to the surgery and chemotherapy, the shock and trauma engulfed the family, though she remained undeterred throughout. Her strong will power, her desire to overcome and constant support from her mother and husband became her anchor. She recovered to full health in less than a year.

Unfortunately, the peace was short-lived. Almost immediately after her recovery, Sharmila met with a ghastly accident when her stationary bike was rammed into by a speeding truck. In the process, she ended up fracturing her ankle and following surgery pushed her towards complete bed rest. It not just shook her, but the dynamics of the family started losing balance herself. She fought the battle not just with pain and suffering, but with the jest to hold onto her family tight. But God was kind again. Eventually, she recovered to embrace motherhood again in the year 1996.

To make up for all the lost time with her family, and due to the struggle with her misbehaving ankle, Sharmila made a conscious decision of relocating her clinic from the city to her house. This stepping back impacted her practice to fall by 50% which was even more traumatic. Imagine someone losing career, family, time, health and confidence over a span of 2-3 years, heart wrenching and shocking!

But as they say, dusk is followed by dawn. Exactly this is what happened with our superwoman. I call her superwoman for what is going to unfold, folks, is no less than wonders. Around the year 2000, when her daughter insisted on learning dance, Sharmila thought of guiding her for she herself had been dancing since the age of 8.

What began as motherly teaching soon took the shape of dance classes for adults especially women going through menopause, psycho-traumatic conditions and stress. Dance, her “second career since 8 years of age” as she calls it, was changing the course of her life. Here I need to get off my chest the fact that Sharmila happens to be a qualified dancer, a ‘Vidwat’ – a BA equivalent vocational degree awarded by the Karnataka Government. These dancing sessions paved way for her further journey – a journey to School of Drama & beyond.

Eventually, Sharmila came across the famous and legendary School of Drama in Goa. She started her theatre lessons, which she felt were absolutely fun and exciting. She says, “Theatre has no boundaries. It is a platform to experience and experiment your creativity”.

Her childhood experiences of serving as a child artist, in the celebrated playwright Girish Karnad’s plays, made things smooth for her. She started blossoming outside her cocoon leaving behind the sufferings. In July 2016, she got an opportunity to choreograph ‘Hayagana’ the Yakshagana presentation of Girish Karnad’s critically acclaimed Hayavadana under the production of Kala Academy for presentation in Goa.

She has carved her niche so well that she still continues to take theatre lessons on movement in the School of Drama. Though immersed in dance & drama, she still held on to her first career – medicine. She utilized this time to find an answer to her dissatisfaction in treating people with conventional medicine. Through Ayurveda medicine manufacturer Jiva’s program, she researched alternative remedies for treating oral cavities.

Most of us might have been ecstatic on reaching this level but she did not stop there. She wanted to soar higher, make a difference in this world. An avid childhood reader, Sharmila grew to be a magician with words. Even after being a published author before marriage, writing for a Kannada magazine ‘UdayVaani’, she never took it seriously until the year 2005 – the year she lost her mentor and her guiding star – her father. Being extremely close to him, this loss stirred turmoil within her. It triggered her to take the help of words to let go of her pain and sense of loss.

She began blogging. What initially began as small, bitter, cold blogs mainly describing conversations between her and her father, soon garnered a large readership. She noticed numerous people with the same sense of suffering associating with her. As a result, she divulged into writing general thought provoking blogs forming a social anchor of medical bloggers, who similar to her, wrote about social issues, religion, children, community goals and so forth.

Everything was progressing just perfect and comfortably when suddenly tragedy struck. Hell let loose its fury, when during a pooja in 2011 Sharmila’s clothes accidentally caught fire causing her suffer over 36% burns! Can God ever be fair? I ask. This woman of substance, courage & will, at last, gave in. This incident left her shattered, anxious and defeated.

One evening while on a stroll with her husband, she saw people staring at her burnt self and asking several questions. She pleaded with her husband to return home immediately and felt her self-confidence drained. But her husband stood by like a rock. Without losing cool or patience, he resolved to build her back. It takes a lot of patience and perseverance to deal with a physically injured wife, a disturbed teen age daughter and a trying to be adult teenager daughter without cracking up.

Drawing physical and emotional strength from him, Sharmila Rao decided to enroll for ‘Landmark Curriculum for Living’. Little did she know her life was about to undergo a paradigm shift. During this course, she envisaged what sort of problems people go through, how they sustain or give in, how relationships work that changed her outlook on life altogether. She made up her mind to change her situation, rise from her depression and dedicate her life for the welfare of many others like her.

To begin, she made two brave unusual decisions – one; she locked in on giving up her full-time dentistry. This was in light of her ageing mother who might need her support in future and her growing daughters who were deprived of her time and attention through all her struggles. The other being hypnotherapy.

Though medicine was always her calling, she felt something was missing. And now she had found her answer. It was healing. Treating people was different than healing them. She desired to be a healer, a guide for all those suffering. For venturing into it professionally, she qualified from EKA for which she didn’t go out for 7 months! Imagine, sacrificing your life for uplifting that of others. Rare and unworldly! Through all this time she extensively studied religious texts including the Ramayana & the Mahabharata and also translated many of such Sanskrit books with the help of her daughter.

Today, mother of an Ayurveda Doctor and Final Year Forensic Science student, Sharmila is a legend in herself. Thoroughly grateful to her mother and husband for having her back in the worst of scenarios, she says, “I am happy to be where I am. I am at peace.” Undergoing through almost every sort of physical, social and mental trauma, she hasn’t given up but survived to transform into a winner,”I do not suffer, I look for alternatives in life.”

Sharmila Rao’s energy is contagious. For this 52-year-old powerhouse, “Medicine for the mind as it uses my intellect, Dance is therapeutic for my body and Writing is my connect with my soul.” For her enriched knowledge & selfless community service, she was selected for NDTV Road Trip across Buldana, Akola and nearby villages for the prestigious Swachh Bharat Abhiyan in the year 2014-2015 which was flagged by Amitabh Bachchan in Mumbai. When asked to conclude her life journey in one sentence, very humbly she answered, “Just Start”. Every time, every day is a new beginning to make a fresh start, to make a difference.

Sharmila Rao, a survivor of burns and cancer, is a true example of fighting spirit. Awe-inspiring and fascinating, she deserves our respect and indebtedness for illuminating our lives with the light of hope, happiness and love. 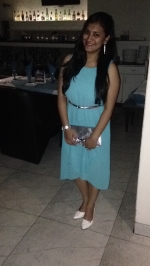 Why Should Irom Sharmila’s Choice Of Partner Be Anyone Else’s Business?

The Iron Lady: A Poem On Irom Sharmila