A married daughter is still looked upon as a guest by Indian parents today, no matter the love that is there. A daughter recounts her personal experience.

A daughter can leave her father’s lap not his heart. As soon as the doctor announced my birth, my father was overjoyed. His first born a daughter. The love and pampering was evident. He carried me in his lap, took me piggyback, spoilt me sick with sweets and toys with his meagre salary. My demand was his command. Whether it was learning the alphabet, nursery rhymes or maths problems, he was always there. He indulged me but disciplined me to be a sensible child.

My achievements in class made him swell with pride. During any sickness he would sit by my side all night, feed me soup lovingly, bring the choicest foods which would help me recuperate.

I sailed through my boards with his help and procured a place in a good college. He gave me the opportunity to get a good education. When the time came for me to tie the knot he was sceptical of the prospective boys, as he wanted the best for me. At last he found my prince charming and the marriage took place. He found it very difficult during the kanyadaan ceremony, and shed copious tears during the ‘bidai‘.

We have always been very close, we have had a very transparent relationship till date. He is a friend, philosopher and guide.

I too was depressed going away from home. I had thought dad would be heart-broken to see me go far away. But the first time I visited home after marriage, I found a change in his demeanour. Suddenly we had become strangers. There was only formal talk – the little gifts he would get me, the leg-pulling and jokes had vanished out of the window. It felt strange, that I had become a guest overnight in a house where I was born and grew up.

Not just that, if I asked him to come and visit me, he politely declined. If I insisted, he would come for a day and go back, giving me gifts and cash, as he believes that one doesn’t eat and drink at the daughter’s house.

When I became a mother, he was over the moon and he was elated to hold his first grand child. Being a grandfather for the first time brought out the child in him. He loved playing with my child. Soon my sibling, my brother got married, and my father enjoyed spending time with his daughter in law.

Now he is a grandfather to four grand kids, two my brother’s, and two mine. Since he stays with the son and his family, he is more attached to my brother’s kids. The equation with me has undergone a paradigm shift. His life centres around his son and daughter in law, and I am treated as a guest. We talk on the phone but more like strangers. I feel hurt as I am no more a part of my own family.

Indian parents believe living with sons is the order of the day. The daughter becomes a part of the new family. My identity is lost.

No matter how old a daughter is, she always needs her father. So this myopic mindset should be changed, where parents think a daughter as a guest after marriage. She too should be given the love and place in her father’s heart, as ‘Once a daughter, always a daughter!’ 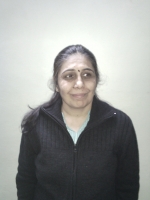