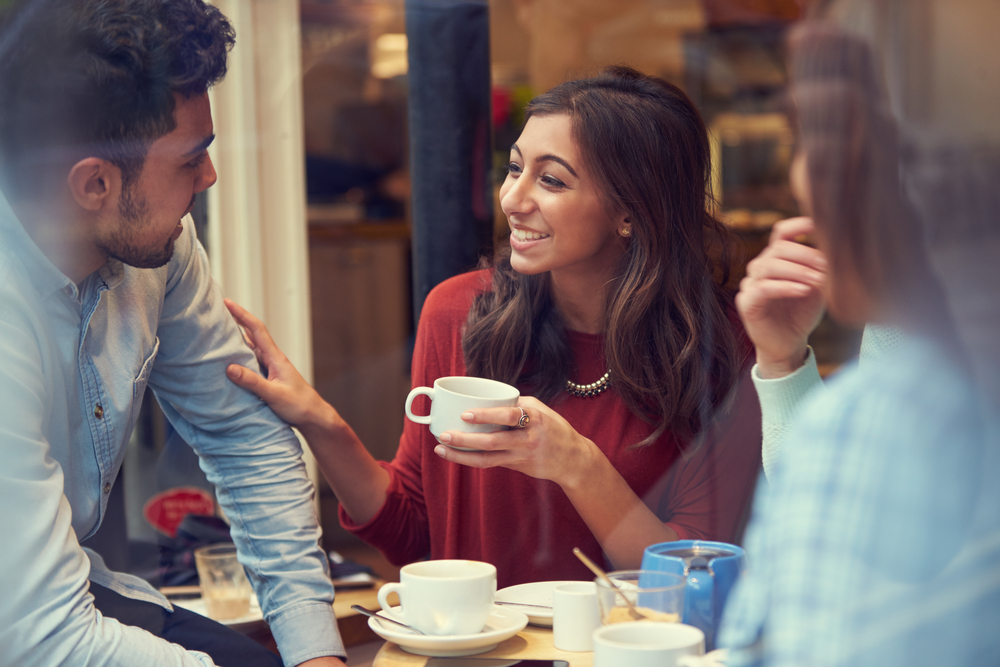 Should Having A Best Friend Of The Opposite Sex Affect Your Marriage?

We all need someone whom we can talk to without holding back. What if it isn’t your spouse or a girl friend, but a best friend of the opposite sex?

A good blogger friend messaged me a few days back. She seemed worried and said she wanted my objective unbiased view on an issue she was facing. Initially I thought it’s something to do with in laws or her baby, but when she called me and we had a conversation that quite surprised me.

Her hubby and she were in a ‘no talking zone’ because she spoke to one of her close friends who is a guy, something which the hubby did not like. He wanted her to not maintain any contact with this guy friend of hers with whom she had purely a platonic relationship. They shared similar interests and it always gave her an intellectual high talking to him.

My advice to her was not to make any promises of not keeping in touch with any person. Today it may be this friend, tomorrow it could be someone else. Trust is key in any relationship, one cannot impose such restrictions and suffocate the other.

It got me thinking about how fragile these relationships are. Now while I do share a lot of things with my hubby, when it comes to the person whom you feel most comfortable with sharing about a particular problem, your good day or an achievement or simply unburdening your heart – for me it’s usually a bunch of people for different things.

For work related matters I have 1-2 close friends at my workplace who understand my situation the best. They can empathize with me for they walk in the same shoes, and I connect better with them on these matters as compared to my spouse who is in a completely different line of business. I recall when we were newly married and I had a particularly depressing day at work and shared it with my spouse over dinner, he unintentionally said things which made me feel worse and I thought I was better off not sharing this. His intentions no doubt were good but not something which could give me respite in that situation.

Similarly when it comes to my passion of blogging, I have a few close blogger friends who are the best to connect with. For matters related to my child or household stuff, I usually share it with my mom who happens to be more of a friend to me. I also share a unique bond with my younger brother and this has been one steady relationship where I could always share things from a crush to heartache to a promotion at work not happening and my frustration at not being able to conceive. I am amazed at times and hastily say to myself “touchwood” for this lovely bond I share with him.

I have a few close friends from the opposite sex whom I know since years, while each of us are busy with our jobs and families, we regularly talk on the phone and send messages at times. Now while browsing through my phone my hubby has read some of these and though he knows about the people I am close to – it has led to questions like – why is he messaging you at such a late hour? What kind of forward is that- I would never send that to a woman? Looks like he has a thing for you.

While this is often shrugged off by me without a second thought, at times it has led to fights as I know the limits of these relationships and it really irks me when someone reads between the lines and comes out with their own colorful interpretation.

The hubby retorts – I will never know for I am not close to any woman friend! And I wonder – would it have been any different? In fact if he had a friend from the opposite sex whom he felt more comfortable discussing certain matters with, why would I have any objection? As long as both are true to themselves and have defined the boundaries of their relationship, I would be delirious that he has a friend who he can go to with any problem or issue, and he comes back feeling better. Just because we are lawfully wedded, that friend need not be me. In fact I am totally crap at advising him on some issues he raises related to his business, I do not have a clue as it’s not my area of work and my thought process is quite different from him. So if he gets that support elsewhere why should that be an issue?

I know of many couples who are each other’s besties and that’s good for them. But for those couples who have a best friend other than the spouse, especially if it is a best friend of the opposite sex, I think in no way is that couple any less compatible or less successful in their relationship than the former.

At end of day we all want someone to talk to, about our day in general, the little victories, that appraisal which did not go well, the guilt of coming home late and not spending enough time with your baby and the general gossip – as long as we find that 1 person or a bunch of them who we feel most connected to, and we have that heart to heart conversation which makes us feel better – it doesn’t matter if that was your spouse or a friend.

It is the smile on your lips as you are thankful to God for the wonderful people in your life that matters.