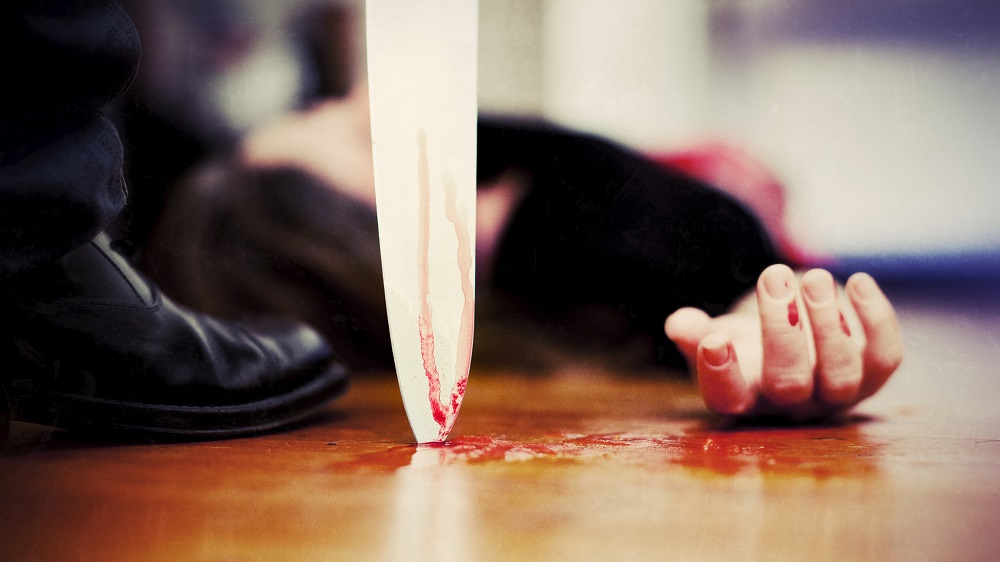 Subodh Kumar, Killer Husband – Is The Kind Who Believes: I Am A Man! No Rules For Me!

Subodh Kumar, a man with two wives killed his first wife, chopping her into pieces! For how long are we going to tolerate such entitled monsters in our midst?

Here I pen down my reactions to the horrific killing of a woman by her own husband last week on Valentine’s Day, in Delhi. He has a second wife too, and the one he murdered is his first, whom he suspected of infidelity.

This man, named as Subodh Kumar, is 40, married and father to two young daughters. He comes home drunk, picks up an argument with his wife, beats her mercilessly with a wooden stick throughout the night, smashes her head against the wall until she starts bleeding profusely, refuses to give her food or water for 12 hours, she faints, injects her nearly lifeless body with painkillers, and when the torture eventually ceased her breath, he slashes her head with a saw, proceeds to butcher her into pieces and meticulously contrives to dispose her dissected body parts at different locations.

This is a hideous tale of a man living in the suburbs of Delhi, a carpenter by profession, who chose to teach a lesson to his wife with the most gruesome murder, just because he suspected infidelity.

I just forgot to add something here. This very self righteous, bigoted monster already had a second wife and a baby girl from her and very blatantly let her stay with his first one, whom she butchered in his fit of madness and inflated ego.

Being a wilful husband to two wives simultaneously, he rebuffed her first wife’s ranting, had the audacity to question her if she had an extra marital affair or eyed some other man, and without a trace of humanity executed her in the most horrendous manner.

Yes, we have such obnoxious men in growing numbers who exercise their supremacy with complete assertion;  flaunting their ‘male tag’ with an irrefutable authority and a non essential permission to evaluate, judge and pass on the severest of punishments to a woman who dares to voice her suppression and injustice. By the way, who is she to them? Nothing more than a commodity, use and then throw if not required.

They are just women, nothing more but a piece of flesh. All they have is a vagina and a pair of breasts. abide and adhere, serve the purpose and stay zipped.

And what’s their existence all about?

They are sorted out, selected, and then acquired to manage kitchens, cater to the families, produce future generations, bow down, keep shut, obey and provide consistent pleasure on the bed. And dare they raise an eyebrow or escalate their pitch!

The nasty vultures are ready to wreak vengeance in every possible way.  It’s a choice with them, whether to grill, scare, degrade, hit, burn, or chop them. Only to remind them of their necessity, their feeble identity, their duties, their sole aim.

There are no equals when a man is the provider and the so called protector. He is born to dictate and make rules. He is not here to follow them.

He can own one, two or three wives or even more than that. He can ‘relish’ numerous women, flirt, rape, or murder. However, the bloody, dependent, incapacitated, good for nothing woman has no reason to point a finger or question her husband, her almighty.

And in case you thought this is a one of its kind example and what have you got to do with it, let me give you an insight into the alarming figures from the National Crime Records Bureau.

To simplify, the data clearly states that by 2013, over 848 women were harassed, raped, abducted or killed every single day in the country. The figures have only scaled since. And the place I call home, Delhi, has become the epicentre of crimes against women.

Coming back to Subodh Kumar, the culprit in the above mentioned case; he will be just another offender for the judiciary. And for the society, one more addition to the list of men who by default are cocksure of their ‘superior gender’ and consider it their birth right to handle the woman in their own ways.

I understand that by now we are accustomed to such horrific, heart wrenching atrocities on women and it may not shake our conscience. But the woman, the wife and the mother in me is deeply unsettled inside, at the way the mother of two was barbarically hacked to death three days ago.

And much more agitated at the ‘pause to endure beyond a point’ kind of rearing we fail to offer to our daughters.

Why don’t we raise our girls to respond to every affliction, every disregard with a strong opposition? Why the hell are most of them still educated to stick to their ‘pati parmeshwars’ and be exemplary in their attempts to be stable homemakers even in the worst of situations? What is the need for that uninstructed command to keep their wreckage of pain hidden? Why do we want them to suffer in silence? Only to be chopped into pieces at the hands of a man?

I guess we are still busy breeding a generation of males with perverted notions and exalted egos and decrepit mentality, waiting for more daughters to go through the same fate.

Society And Crime Against Women