Patriarchy Lurks Behind Attacks On Women. Please Don’t Mansplain This To Me?

Why do folks find it so hard to accept that patriarchy (and its emphasis on power) is often behind attacks on women? That it's not just 'some bad guys'? 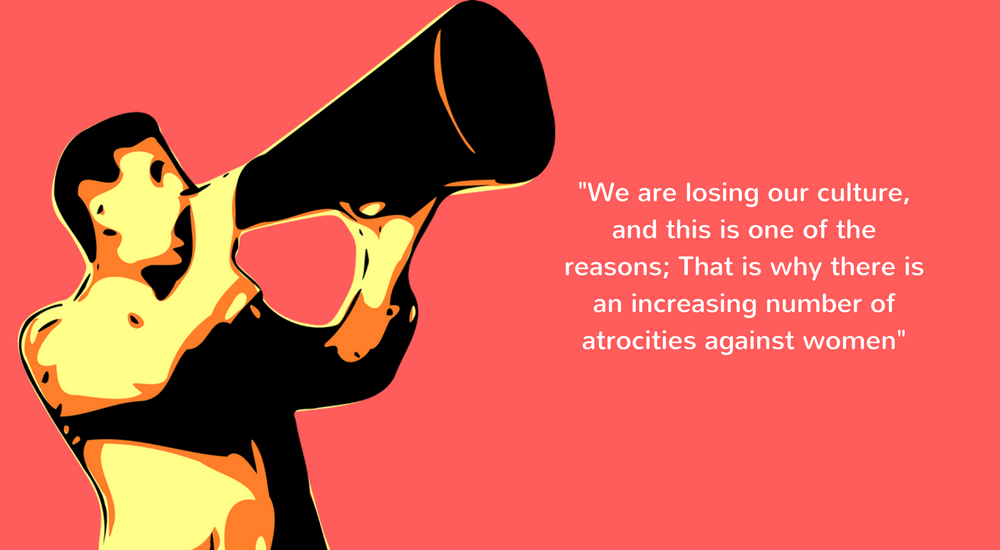 Why do folks find it so hard to accept that patriarchy (and its emphasis on power) is often behind attacks on women? That it’s not just ‘some bad guys’?

Recently, I was asked to participate as a speaker on a talk show on live television, on WiON. The others on the panel were Rahul Easwar (best known for his support for the Sabarimala ban on women), and Hema, a Malayalam film actress. We were discussing whether South India was becoming unsafe for women, given the recent incident involving the actress in Kerala. I  was extremely grateful for the opportunity, because this conversation has been desperately in need of attention, and it was high time we gave it value.

The truth is, the number of incidents of attacks on women is not on the rise as much as the number of reported incidents is on the rise. Assess a room full of women in most Indian cities or towns, and you’ll hear a bunch of stories of incest, domestic violence and marital rape. What South India (and indeed, all of India) ails from is not a new trend of rising crimes, but a culture of silence and conservativeness in approaching sexual violence. The taboo is further exacerbated by a culture of normalization of objectification and harassment of women – which is clear as day for anyone who so much as samples any of the films from the four film industries down south.

Through the course of the conversation, Easwar was firm in asserting his stand: that sexual violence is not about patriarchy, but about perversion. He said that Kerala was once safe and said, “… this is not a time where we should have some kind of an anti-cultural narrative, rather, it is time to have a cultural narrative. We are losing our culture, and this is one of the reasons; That is why there is an increasing number of atrocities against women. That’s the reason why I earlier quoted Amartya Sen, to prove that the more liberal, the more safe you are, is a very wrong notion.”

He said there was a need for value education and more CCTV cameras. He talked of premarital education and family education and a social upbringing rather than blaming culture. He went on to say, “Please remember, Patriarchy is not at issue here, it is perversion. We can debate patriarchy on a different topic. But Patriarchy or Feminism is not the topic here. We are discussing perverts.”

Easwar talked about looking at it scientifically, socially and culturally, rather than being ultra liberal. He talked about online violence and rape-tubes being a form of perversion. He also mentioned that the internet  played a role in making the youngest convict in the Delhi Gang Rape incident of December 16, 2012, and then, proceeded to mansplain what rape and feminism is with this: “What happens with the feminist view point is that they confuse issues. Please remember, rape is primarily about sexual perversion. It is not about the assertion of male over female, it is the assertion of one’s perversion over another person. A 30 year old man is not exerting his power over a three year old kid, it is perversion. This is not Adler’s inferiority complex.”

It felt like a thunderstorm of garbled ideas, listening to it while still remaining Zen-like. What this diatribe completely ignored is the element of structural violence that patriarchy is, that constantly speaks to the male mindset of dominance, and reinforces it. It ignores the fact that in the case of the Kerala actor who was abducted and molested, it was patriarchy that led the culprits to think that she, rather than they, would be shamed. It did exactly what the redundant and futile campaign of #NotAllMen did.

In the process, this diatribe became another episode of the patriarchy speaking in its loud, egotistical and self-absorbed voice, missing the entire point of gender equality altogether. The fact is that patriarchy is structural violence, and patriarchy is perversion. No feminist worth her salt paints every man as a rapist or molester. We women know for a fact that men also stand to lose because of patriarchy, but it is outright demeaning to disown the role men play in keeping the patriarchy alive by calling it something else.

Waving the perversion rhetoric in our face to disown the role of patriarchy is only reasserting the very prototype that we are taking down. This thought process is a product of the fragile ego of toxic masculinity that continues to try and retain its dominance.

After all, patriarchy is a perversion.