Give Us A World Where Women Are Powerful And Heard. I Will Give You An Equal, Non-violent World!

Women power can make a lot of difference in society - when women stand up for each other, we can be assured of a better, safer, and healthier society. 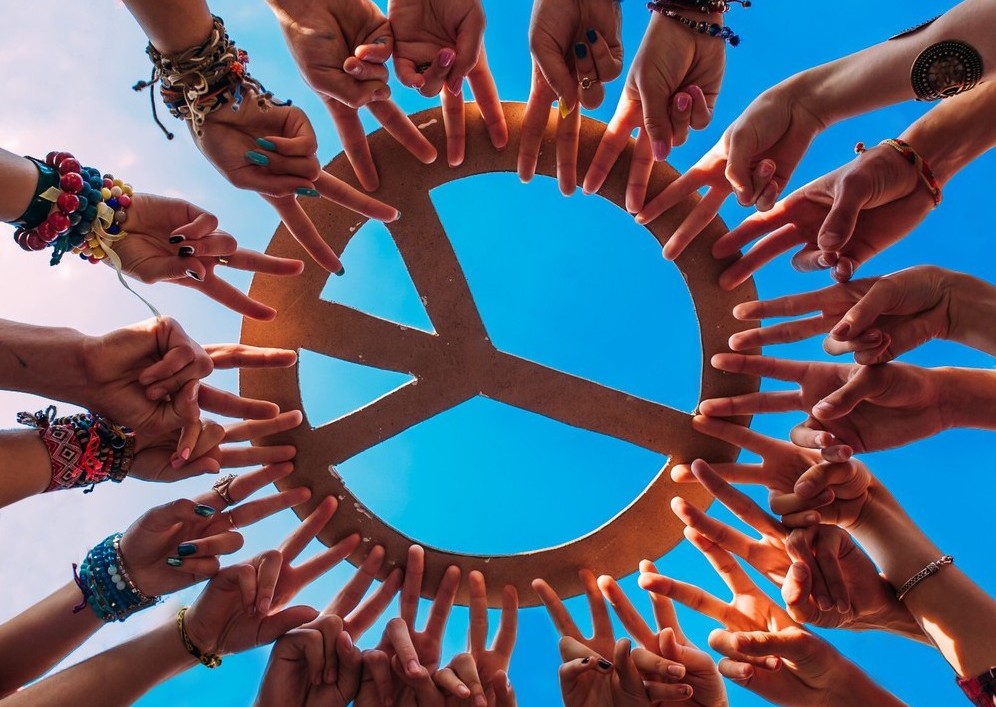 Women power can make a lot of difference in society – when women stand up for each other, we can be assured of a better, safer, and healthier society.

This was almost 15 years back. It was one in the night and I was woken up by the sound of women screaming my mother’s name.

Maa walked out of the house. There were a lot of women from our community and one looked dishevelled. Her husband had thrown her out of the house, because he believed in a rumour that she was having an affair with someone. No proof, just a rumour.

She had approached the women demanding justice. As maa was much respected in the community, they all came home seeking help. Next morning, the husband appeared, and after counselling, he took her back home. Infact, they are still together, with grown up children.

One summer afternoon, I was sitting in the veranda. A woman came and told maa something. We were facing financial difficulties back then. Maa hurriedly took out a 500-rupee note and gave it to her.

I had forgotten all about it, until recently the same woman came home. I discovered that the woman, back when my mother helped her, had lost her husband and was in a deep financial crisis. Her son’s school fee was unpaid and the authorities were about to strike off her son’s name. That was when that 500-rupee had saved her son. Now he is a grade one government officer.

In a community where women are strongly bonded and have the power to make choices, changes come easily.

I come from a small town in Assam. In fact, where I come from, we do not have a town committee, there is a panchayat.

But due to the flourishing tea business, my hometown is quite developed as compared to other remote areas in India. I do not say we have reached absolute gender parity, but yes, compared to ‘modern Indian society’, it is a far better place for women to live.

I lost my father when I was young. In many parts of India, my mother would have lost her social status after that. But not in our town. I have grown up seeing people flocking into the house – men, women or children. Mostly, people came for advice. Maa would sit with each one and talk to them. She still does. Ranging from college admission to marriage, there would always be someone needing something or the other.

Only when I came to Delhi and heard about the khap panchayats, I saw how it was wrong for men to even take an advice from a woman. Even a boy talking to a girl was considered wrong. This was my first lesson in Delhi. The world has crazy rules, I thought.

In my part of the world, men listened with rapt attention when Maa spoke. There was no shame but utmost respect. I only internalised it and thought this is how one lives as a woman – with respect and reverence. Other ways are simply not acceptable.

So, what exactly happens when women have a strong bond and are powerful? No, a crusade against men does not begin. A safer and powerful society emerges.

In a community where women share a deep bond, violence goes down. People breathe easy. Every child is a product of the community. What a child sees, it becomes. When you come from powerful mothers, you automatically become sensitive about gender. No school or college can teach you what your community can.

In our community it is natural to see women meet, sing, dance and celebrate. During Rangali Bihu in April, a lot of functions are held. Dancing and singing competitions for married women are also held. And there is no objection from anyone. There are always three categories for women: girls below 15, above 15 and married.

Even husories, which is when people from the community come to sing and dance to bless every home, women feature here as well. In dances and blessings, our women are given equal spaces. That’s what makes it a safe society.

One of my aunt is a nurse and she returns from work at 10pm. I instinctively asked her, “Who drops you home?” She matter-of-factly replied that the boys too return from the factory at that time, so it’s safe to walk back alone. She has been doing this for the last ten years every day.

In my village, the post office is run by women. In other parts of India, text books have poems about postmen, we were always taught about the postwoman.

I have seen the postwoman coming to deliver our mails during her pregnancy. It’s been years since she has been posted in our town and never has there been an instance of sexual violence. Imagine the same scenario in Delhi, India’s capital. With so many laws and CCTV cameras, Delhi is still the ‘rape capital’.

When the women community is together, tragedies becomes easier to handle because there is always a sister coming out to help. This is one thing I learnt as a young girl that you may not like another woman, you may disagree with her, but there is no ‘other woman’. You never ever shame another woman by making her the ‘other’, because when a woman is shamed, her children grow up with shame and it brings violence.

When women have a strong support from their own gender, they feel validated, and that is the basis for a strong and safe society. In a community where mothers are equally heard and their strength is acknowledged, the children grow up courageous.

Young boys become sensitive men and girls develop into powerful women. A society is first created at home. What children see, they become.

Give us a world where mothers are powerful and heard. I will give you an equal, non-violent world.

Image source: hands together for peace by Shutterstock.