Coping with infidelity is complicated. While the choice to stay or leave is entirely yours, here is some help for Indian women on healing after infidelity. 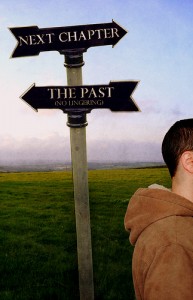 Coping with infidelity is complicated. While the choice to stay or leave is entirely yours, here is some help for Indian women on healing after infidelity.

Anjali Ramesh*, 32, has filed for divorce – 3 long years after finding out that her husband has been having an affair behind her back. “I was more disappointed than shattered, because I have been pulling my weight in making the marriage work, but he thought it was alright to cheat on me and destroy what we had,” says Anjali. After the betrayal, though they tried to make the marriage work, it just wasn’t the same.

Infidelity can cause serious and sometimes irreparable damage in a marriage. Infidelity is considered legally valid grounds for getting a divorce and continues to be one of the most common reasons why couples consider divorce.

But not all episodes of infidelity need to end in an acrimonious split. There are couples who still want to give their marriage a fighting chance, even after one of the partners were found to have an affair.

Coping with infidelity: Should you stay or go?

According to psychologist Amar Rajan, “The decision to stay or go is purely subjective. If your partner is not remorseful and justifies their infidelity, think twice about staying with them. But if it was just an accident and they seem remorseful, there is still scope for patching things up.”

Nobody can tell you whether you should continue to invest in the relationship again.

Nobody can tell you whether you should continue to invest in the relationship again. You may feel that the betrayal of trust has caused irrevocable damage and decide to move on, and that’s OK. But some may feel that there is still a fighting chance to save their marriage.

In such cases how do people survive and move past an episode of infidelity to get their relationship back on track?

Healing after infidelity: Normal reactions to be expected

When you find out that your partner has been cheating on you, you are likely to go through a whole range of emotions. “When I learned of his affair, I oddly felt a strange sense of relief as well. We were in the marriage just because there was no reason to get out of it, and the infidelity proved that there was nothing left of our marriage,” says Anjali.

Reactions vary among individuals. “For people who naively trust their partners, it comes as a shock, whereas others who anticipate it are not surprised. Some may feel that it is because of their inability to take care of their spouse that he or she strayed. Anger, loss of self-esteem, shame, social withdrawal, a feeling of loneliness and bewilderment are common reactions. Some people get over all this quickly, but many fall in to severe depression,” reminds Amar.

Also, if you decide to stay and work on your marriage, you can expect similar volatile reactions. Disbelief, self-doubt, paranoia and lack of trust will have to be dealt with to build your relationship back.

There is no right or wrong way to feel, but whatever you do feel, must be dealt with in a constructive, positive manner if there is to be any hope for surviving infidelity.

Rebuilding your relationship after infidelity

If you have decided to look beyond an isolated episode of infidelity and you are both committed to restoring your marriage, firstly acknowledge the immense value that you are both placing on the relationship. Not many people are able to do what you do, so give yourself credit and don’t beat yourself up over the negative emotions you are likely to feel in the coming months.

The first step in restoring the marriage is to end the affair. There should be no further contact between the partner who strayed and the other woman or man. It is hard enough to rebuild a marriage with the lover completely out of the picture, and it is impossible with the lover still hanging around.

Forgiving infidelity can be a very hard thing to do. It may seem impossible in the beginning, but remember that forgiveness is a long process. Give yourself time for healing. After grieving and getting a grip over your anger, you can move on to the next step.

Both parties must introspect on what needs to be changed to build a better relationship. Cheating may just be a symptom of some deep unresolved issue in your marriage. Communicate with your partner effectively and honestly to understand where you both need to improve. Seek the assistance of a marriage counsellor if needed.

Infidelity is often not about sex; rather it is about unmet emotional needs. Develop emotional intimacy with your partner by spending time together, doing things together and sharing your lives with each other. Take a risk, and allow yourself to be vulnerable again. Before you decide on rebuilding your relationship, it may be worthwhile to ask if you will be able to hold it together if your partner cheats again. There are no guarantees in life, and if you feel that you are not strong enough to take that risk, it may be time to let go.

Your new relationship is not going to be ideal, but no relationship is. Whenever new problems come up, resist the temptation to throw the previous infidelity incident on your partner’s face. Completely let go of the past and start with a clean slate. Else you may find yourselves slipping back into the old destructive relationship patterns again.

Healing after infidelity has a lot to do with learning how to release the hurt inside. Both of you must work together to heal the hurt and pain to be able to recover the friendship, trust and respect that you had previously spent years developing. Once you have decided to move past it, talking about the betrayal over and over again will not make the problem go away; it will only make it worse.

Remember, it is not going to be easy. But if you are both committed to bringing the joy back to your lives, you definitely have a great shot at a new happily ever after.