'Little Red Riding Hood was not a “good girl.” She was the best.' A wonderful retelling of the fairy tale for our May 2016 Muse of the Month. 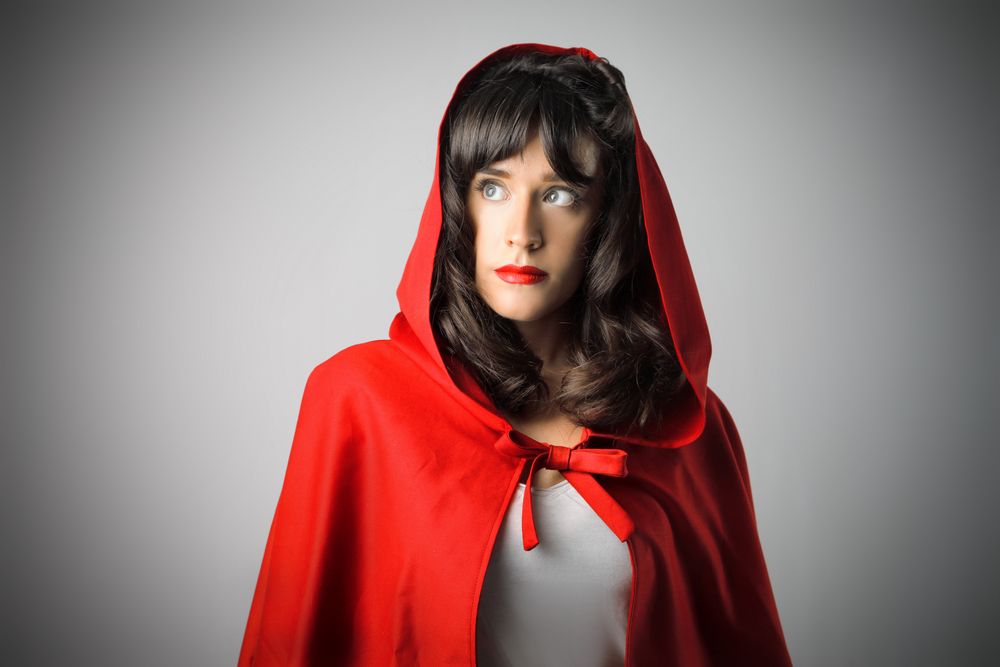 ‘Little Red Riding Hood was not a “good girl.” She was the best.’ A wonderful retelling of the fairy tale for our May 2016 Muse of the Month.

“Doubling that peaceful sense of contentment was the beaming pride she saw shining in her parents’ eyes.” — Kavita Kane, Sita’s Sister

The first winning entry is by Vijayalakshmi Harish.

Little Red Riding Hood was not a “good girl.” At least that’s what people said. Oh, she was kind-hearted, helpful and intelligent, but she was frustratingly disobedient. Unlike “good girls,” she had a mind of her own and wasn’t afraid to speak it. She was too bold and outspoken for her own good.

This boldness and lack of fear is one reason why she had decided to go through the woods to her grandma’s house, instead of taking the well-trodden path like everyone else.

The other reason was the big, bad Wolf.

Red was angry. Angry with the wolf for eating the little girls that dared to enter the woods. Angry with the hunters who just were not able to do their job of catching the wolf. Angry with the people around her, who had the temerity to suggest that it was the fault of the little girls for getting eaten. “Why were they in the woods in the first place?” they asked. “They should have taken the well-trodden path. They must have been very bad girls indeed!”

So Red, seething against this injustice, had decided to take on the wolf herself.

“Must you wear that bright, red hood?” her mother had wailed as Red stepped out of the cottage. “You’ll attract the attention of the wolf. Can’t you wear something with a camouflage pattern? Blend in?”

Red, raised an eyebrow, shook her head and began walking away. Moms will be moms, she thought to herself. What she hadn’t said, is that she wanted the Wolf to find her. That’s why she had worn her favourite, proudly bright, red hood.

The sun shone through the weave of the leaves above, throwing magical shadows on the forest floor. The breeze was just perfect, neither cold not hot. The birds cheeped and trilled as they flitted from tree to tree. Mushrooms and flowers bloomed along the way, and Red stopped often to appreciate them.

She was about half-way to grandma’s house when the Wolf stepped out from behind a tree. His paws trampled the grass, uprooting clods of earth as his sharp claws dug into the ground. His eyes were cruel diamonds, tinged red. Twin rows of spear-like teeth leered at Red from within huge jaws. A line of spittle dripped from a corner of his mouth.

“Well, well, what do we have here?” He circled Red.

“He…hello?” said Red, in as small a voice as possible, pretending to be afraid.

“What are you doing here, little girl? Don’t you know that good girls don’t wander through the woods?”

“What a bad girl you are! I’m sure your parents told you not to come through the woods. You deserve to be punished. Don’t you think?”

“Oh…I’m not the bad one, Wolf,” she declared. “You’re the criminal. You’ve been eating my friends.”

“Give me a break,” the Wolf jeered. “They were practically begging to be eaten, dancing through these woods, knowing that it’s dangerous. They were asking for it. Just like you are.”

Emitting a hungry, low growl that seemed to arise from somewhere deep within him, he advanced.

“I must admit Mr Wolf, that you do look rather intimidating. What big eyes you have!” cooed Red, as she sneaked a hand into the pocket stitched on the inside of her hood

“The better to see you with, my dear,” the Wolf snarled.

“What big ears you have!” Red was ready. She just needed the Wolf to get a bit closer.

“Oh…the better to hear you scream,” the Wolf growled, stepping closer to Red, widening his jaws in anticipation.

“The better to….Owwwwww!” howled the wolf, as Red flashed her hand out, spraying pepper spray directly into his eyes.

He writhed on the floor, his agonized howls sending the birds flying from the trees in confusion. Not wasting a second, Red pulled off her hood, extracting a rope she had hidden within it. She used the hood to muzzle his jaws, securing it with the rope. She used the rest of the rope to tie his hands and feet. She was scratched as he thrashed around. Rude, bleeding red marks blossomed on her arms. It hurt, but Red knew the fight wasn’t over. Picking up a stone that lay nearby, she banged it on the Wolf’s head, until he lay motionless.

“I hope you aren’t dead, Mr Wolf,” she panted, the effort of overpowering the Wolf having exhausted her. “I’m going back to the village now, to send someone to come get you.”

BRAVE GIRL TRAPS THE BIG, BAD, WOLF, read the headline the next day. A gaggle of reporters had laid siege to the cottage in which Red lived with her parents, who were bewildered that their little Red had accomplished what the hunters had not. “That’s my Red” exclaimed her father on camera, “She has always been such a brave girl.”

The mayor and Head Hunter visited Red, who appeared on camera swathed in bandages. “We found the Wolf where you left him. We’re going to make sure he gets the punishment that he deserves. He is the real villain. He and others like him should realize that little girls are people, not food, and that they have just as much right to be in the woods as everyone else,” the mayor proclaimed. The journalists cheered. “We would like to award you with this medal of bravery,” the mayor said, smiling. The crowd roared with approval.

Little Red Riding Hood was not a “good girl.” She was the best.

Vijayalakshmi Harish wins a Rs 250 Flipkart voucher, as well as a chance to be picked one among the 10 top winners at the end of 2016. Congratulations!