Are MIL And DIL Parallel Lines who never meet by any chance?

How many of us are happy with our mother-in-law/daughter-in-law? Leave alone the fact that we can never see them as our own mother or daughter, the least —  are we able to accept them as one in our family?

How many of us are happy with our mother-in-law/daughter-in-law? Leave alone the fact that we can never see them as our own mother or daughter, the least —  are we able to accept them as one in our family?

If the bitterness in the relationship prevails because of the unhealthy boundaries or emotional dependencies in the mother-son relationship, it’s a completely different story.

Besides, what else is making the in-law relationship a bitter pill to swallow?

Is it because of our unrevealed expectation that our in-laws be in tune with us — thought process, attitude, behaviour, preferences, dressing sense, etc.? Or is it because of the predefined evaluation bar which we set for them prior to their entry in our life?

Navigation is not easy

We often see them as our competitors and are urged to prove them wrong and act against their wishes. All the meant-to-be casual conversations are exaggerated as criticism.

Though we have led a comfortable life with our parents and siblings despite the differences and assortments, we struggle a ton to accept our in-laws as they are.

Men, being of easy-going nature, aren’t affected much by the in-law relationship, while women being emotional bundles take in a lot of stress and are stumbling badly to handle it.

Mother-in-law and daughter-in-law are poles apart, having come from different generations. Why don’t we think beyond the horizon and expand our thought process? Certainly, the issues would sort out if at least one of them is able to empathize with the run-throughs of the other!

The foremost aspect to put forth is the brought-up nature. Elderly women were brought up in joint families, constituting grandparents, parents, and a lot of siblings.

In contrast, most of the younger women were raised in nuclear families which inculcates the concepts of privacy, more personal preferences, individuality, and a lot more pampering.

Secondly, women of the former generation were instilled with the idea that they are born to serve their husband’s and in-law’s family. They were taught to excel in cooking and household chores apart from their education.

Conversely, millennial women weren’t portrayed any less than men. They were edified to focus only on studies, hardly were they allowed entering the kitchen or do household chores.

Tolerance is not so simple

Thirdly, older women displayed a heart of gold even when they were slapped on their faces or treated on their toes by their husbands and in-laws. They generously accepted all the odds in their married life and sacrificed their wishes for the sake of their children.

Younger women can’t stand even the simplest of mocks from their husband’s families. They were neither taught to consider their husband and his family as next to gods nor were they brought up in a way to prioritize others’ wishes over their peace of mind.

Instead, they were taught to be financially independent, which moulded them to be daring.

Emotional care has been neglected by both generations

Fourthly, while older women had been tied up with chores all through their life, they probably were too busy to notice the hormonal changes in their bodies and the emotional impacts they had on them.

Or maybe, it could have gone unnoticed due to their healthy lifestyle or the strong emotional connection they had in the joint families.

But millennials are greatly swept by hormonal changes, mood swings, depression, etc. It reflects in their day-to-day behaviours giving a negative branding to them, and pathetically they are oblivious of it.

They experience emotional breakouts when their expectations are not met, and it takes a great toll on their mental health. They were neither taught to handle it nor were they taught to think beyond it. As a result, they overthink petty issues and take stress on silly matters.

Support is an evolving concept

Fifthly, the beliefs on gender equality differ between the women of the older and younger generations. While elderly women were happy just with the financial support of their partners and restricted their sons to enter the kitchen or do household chores.

Younger women expect their partners to support them in day-to-day activities, and wish to bring up their sons no less than their daughters in cooking and household chores.

Sixthly, women of older generation take pride in following ideas and suggestions from the elders of the family. They were open to numerous suggestions and found their solutions mostly within the showered ideas.

Younger women were brought up in an era of smartphones and internet. No wonder they prefer internet’s help over elder’s advice.

Moreover, their exposure is so much that they know the pros and cons of everything before they decide on important matters — marriage, career, baby, etc., and hence any advice rendered to them would be embodied in stress.

Seventhly, women of older generation prefer traditional clothing while millennials prefer modern dressing. In olden days, a woman was ranked based on her clothing, body language, etc., and hence they were brought up in a way that their internal and external self almost coincide.

But if younger women had to be evaluated based on their dressing and external factors, it would be a disaster. With a lot of westernization blooming in the late 80s, little can you expect them to prefer traditional clothing.

To sum up, it is obvious that women of each generation are the way they are because of multiple factors. They are moulded so, majorly, by the external circumstances and their foundational exposure.

The ideas and beliefs that each generation follow are absolutely different. In that case, is it fair enough to expect the woman of the other generation to talk/think/behave alike?

Instead of progressing the relationship through the phases of fault-finding, blame game, grumble, and non-acceptance, why not we make a conscious effort to empathize with the mentality of the other person and endorse the differences?

Though the easily stated advice demands a quantum leap in our thought process, it is all worth it in the end. Let’s override our default ‘in-law’ behaviour and live a life contrary to the fact that women are women’s worst enemies. 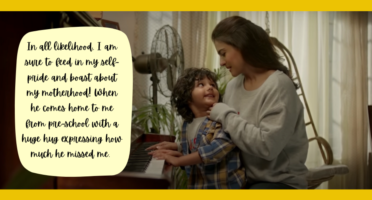 Independence Or In-Dependence, What is Your Parenting Style? 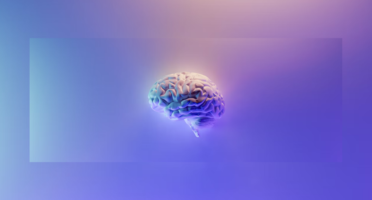